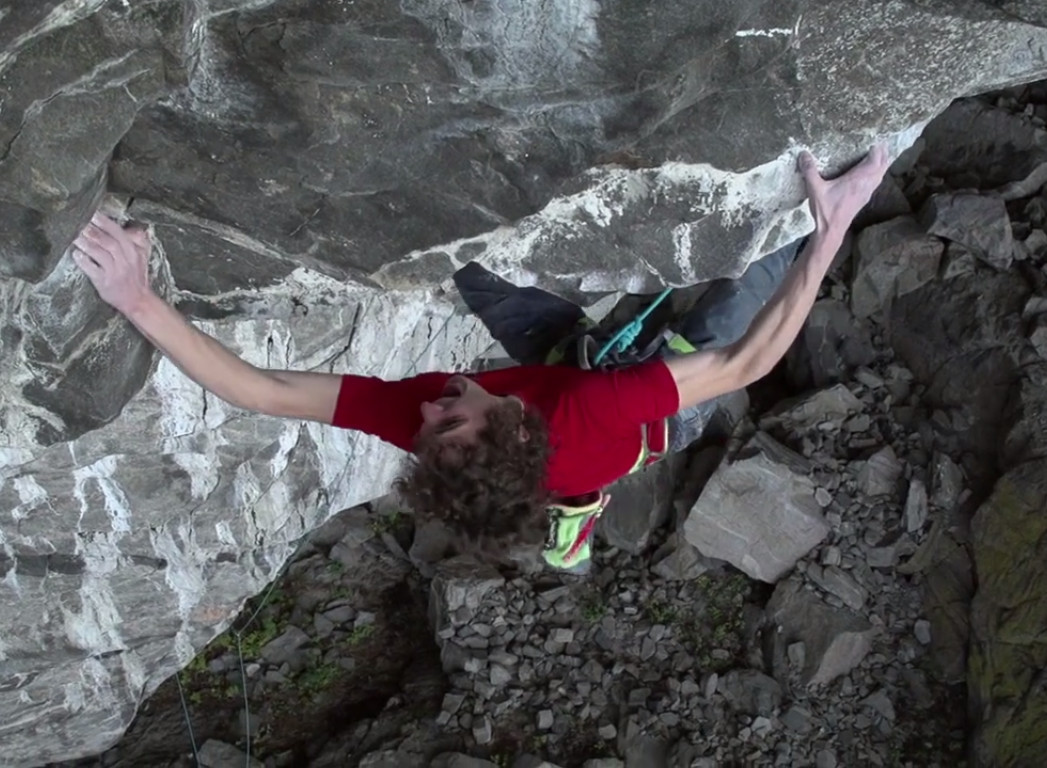 On August 26, he claimed the first ascent of Witchhammer (9a/5.14d), a line bolted by Adam Pustelnik. “[The route] starts with the first few bolts of Nordic Flower (8c+/5.14c) and goes left, crossing Thor‘s Hammer (9a+/5.15a) in the roof and going into Brunhilde (8c/5.14b) for the final crux,” Ondra posted on 8a.nu. He redpointed the mega-linkup in just two attempts, calling the route “Flatanger at its best.”

Ondra gives us a little insight into the nature of Flatanger climbing with his description of another 9a (5.14d) FA, Brunhilde Low Start. The route “has a jumar start and it is probably a hard 8c [5.14b], but with the start from the ground through the crux of Thor‘s Hammer, it is a good 9a [5.14d] for sure,” Ondra wrote.

Due to the length and steepness of routes in Flatanger Cave, climbers occasionally ascend fixed ropes to the middle of the wall in order to reach more feasible lines. This eliminates the need for massive ropes or second pitches, required for routes like the 60-meter marathon, Thor’s Hammer.

Mid-wall routes, however, leave Flatanger with potential for direct starts, extensions, and routes out of range of a typical 70-meter rope. With so many iconic routes (e.g., Jumbo Love, Change, Thor’s Hammer) pushing the 40, 50, and even 60 meter envelope, sheer route-length seems to be redefining the boundaries of cutting-edge sport climbing.

For all his time spent training, competition climbing, and working out projects bolted by other climbers, Ondra envisioned and established many of Flatanger’s most difficult and sought-after climbs. His routes include Doorkeeper (8b/5.13d), The Illusionist (9a/5.14d), Ronja (7c+/5.13a), Move (9b/5.15b), Dharma (8c/5.14b). Ondra’s unrepeated route, Change (9b+/5.15c), is arguably the world’s hardest.

For a full feature on Ondra’s climbing in Flatanger, check out this excerpt from Rock and Ice issue 215.

Watch Ondra project Change in the video below.

BD athlete Adam Ondra making the first ascent of Change, the world’s first 9b+ from Black Diamond Equipment on Vimeo.