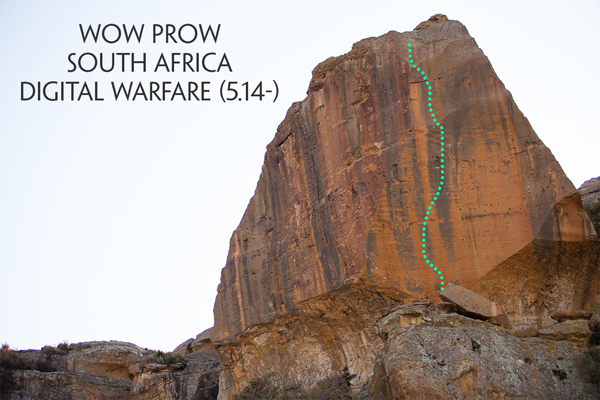 (www.lt11.com) ” />22-year-old climber Paige Claassen is making headlines, establishing a new 5.14 route in South Africa and raising money for charity. Claassen has completed the first ascent of Digital Warfare, a beautiful line on the WOW Prow in Free State, South Africa. According to the press release, it is the eighth line to be established on the wall and was originally bolted and left open by South African climber Andrew Pedley. Claassen was able to redpoint the route “after a few days of frustration” and has stated that the route felt like “hard 5.14a.” She described the line as “the most beautiful route I’d ever seen.” Digital Warfare is Claassen’s fifth 5.14 and her first first ascent.

Claassen is currently on the Marmot Lead Now Tour, a global program whose goal is to “inspire people through rock climbing” with the goal of raising “money to enable women and children to sustain their own communities while solving diverse social problems.” Each month Claassen works with a non-profit specific to the area she is visiting while attempting a climbing challenge. The goal of the program is to visit 12 countries over the course of 12 months and raise $120,000 for charity. 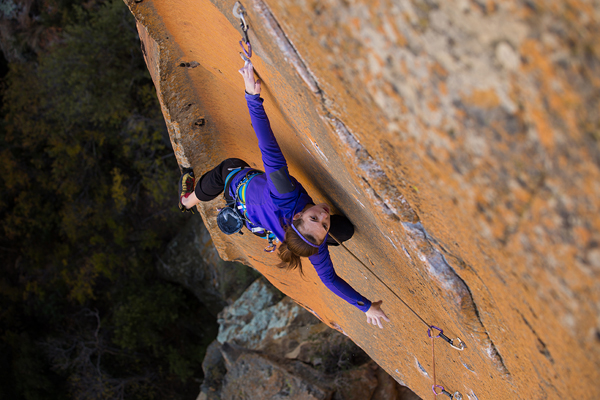