High on the Altiplano of the Atacama Desert, German climber Pirmin Bertle has completed the first ascent of Ruta de Cobre (9a/5.14d)—the
second 9a sport route in Chile and the third of the grade in all of South America. 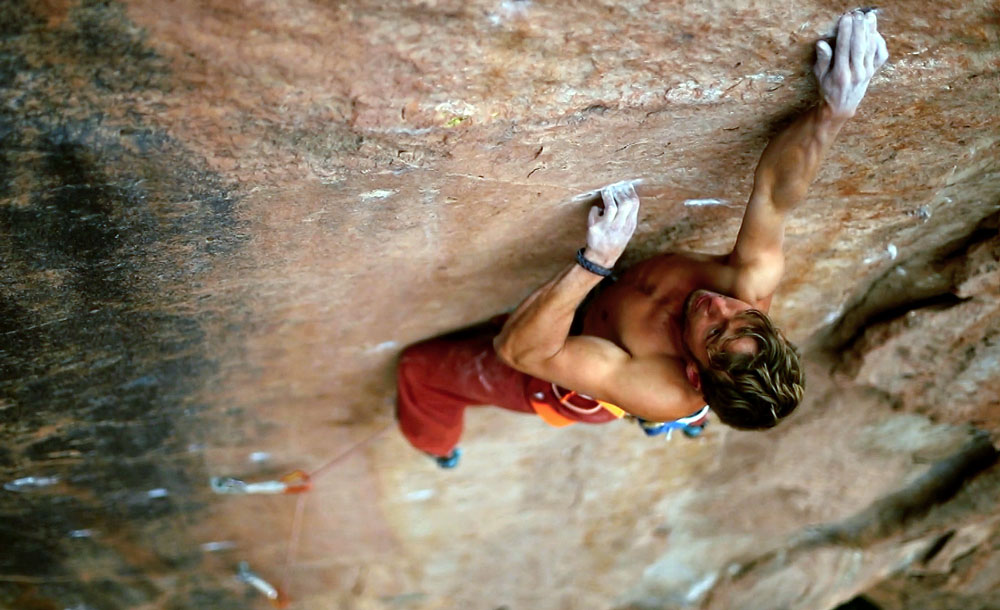 “People call it the Mal de la Puna, the illness of the Altiplano, that is due to the lack of oxygen on this as-vast-as-beautiful-as-lifeless plateau that
spreads over thousands of kilometers,” Bertle writes for his blog lizardclimbing.com.
“But people could mean as well the infertile dryness, the harsh winter winds, the minus 20 degrees [Celsius] at night or the lack of shelter from the
dazzling sun.”

“People in general try not to stay,” he continues.“We came for months…”

Despite the harsh environment, on June 4, the Puna rewarded Bertle with cloudy, windy and cold conditions—perfect for the overhanging, technical
crimp line, as he describes Ruta de Cobre.

The route begins with a 7A (V6) boulder problem that leads to “a fair rest that [at] sea level would be of marginal meaning for the whole route, but here
has to be taken seriously,” Bertle writes. From there it enters the first crux with “a delicate crimp above a delicate flag” to another bad rest, before
entering an 8A/+ (V11/12) crux, he describes.

Bertle sent the route on his 17th attempt overall. He named it Ruta de Cobre, or Copper Street, after the copper pieces that speckle the rock.
Compared to other climbs, “It’s definitively 9a,” Bertle writes. He adds, “For smaller and less acclimatized climbers who aren’t blessed with finger
strength, it should be even upper end [9a].” That is, if you can get past the Mal de la Puna, the illness of the Altiplano, first.