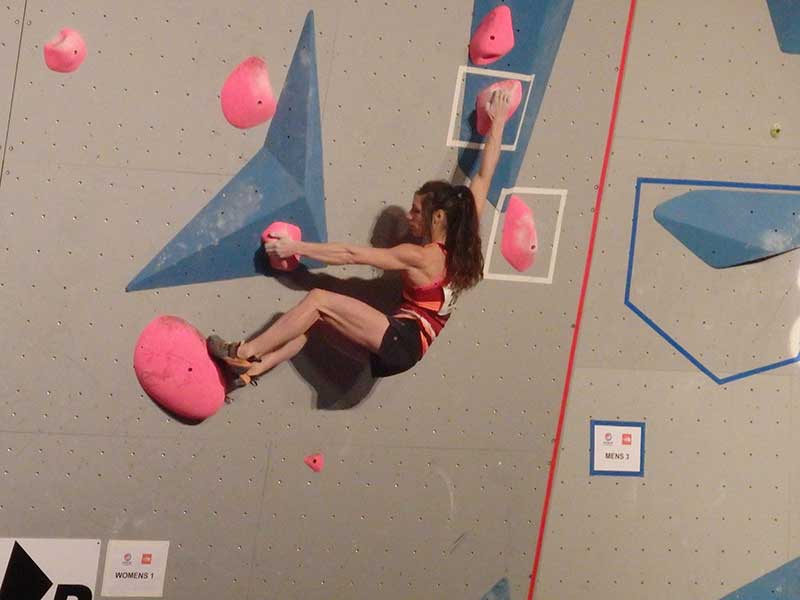 Alex Puccio stunned the crowd at the American Bouldering Series’ National Championship on Saturday, flashing three out of four final problems—all of which no other female competitor completed—to take first.

In the men’s division, the surprise win came from Mohammed Jafari Mahmodabadi, whose most recent competition finish was a ninth place at the IFSC Asian Championships in 2008. At 31, he was also the oldest competitor at the event.

Daniel Woods followed in second, but took the U.S. title (also his ninth) since Jafari is an Iranian citizen. Michael O’Rourke finished third.

The finals was overrun by teens, with Megan Mascarenas, 17; Kyra Condie, 18; and Grace McKeehan, 16, rounding out the top six in the women’s division. Nathaniel Coleman, 18, went into finals in first place and ended up in fifth in the men’s division.

“I’ll tell you what though, these young kids are getting harder and harder to beat,” Puccio said on Instagram. “The next generation is looking really strong!”