The 20-year-old German wunderkind Alex Megos has astounded the climbing world once again with his one-day, third-try ascent of Biographie/Realization (5.15a) in Céüse, France. Though Megos has climbed 5.15a in fewer tries—claiming a second-go ascent of La Rambla in Siurana, Spain, last March, just days after making the historic, first confirmed onsight of a 5.14d—this lightning-quick ascent of Biographie has raised eyebrows for the fact that out of the eight other climbers who have managed to repeat this notoriously difficult route, all of them needed significantly more time to do so.

Rock and Ice contacted Megos to hear more about his ascent of Biographie and his other projects at Céüse.

R&I: Is this your first time to Céüse?

Yes, this is my first time to Céüse, but definitely not the last time.

R&I: How did you manage to send Biographie in three tries?

I would say this route totally suited my style! It’s endurancy and has the crux of the route at about 80 feet. The crux, as well as most of the rest of the route is on pockets with a strange form. And that’s exactly what we also have in Frankenjura, Germany, on almost every route. So I felt quite comfortable on the holds.

R&I: Did you expect to send it so quickly?

Actually, before trying it I didn’t expect it, no. But after working the route I realized that it’s definitely possible in one day.

R&I: On the send, did you have a feeling it was going down? 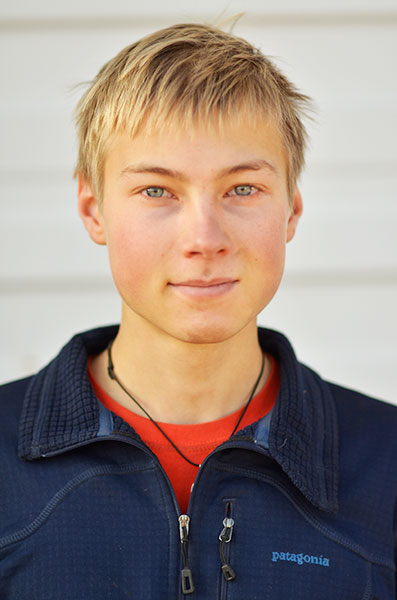 I already had the feeling that it was going down on my first redpoint attempt. But after falling two times on the crux, I changed my foot sequence (thanks to Felix for convincing me to try new beta) and then did it next (third) attempt.

R&I: What other routes are are you psyched to try at Céüse? Sharma’s Three Degrees of Separation (5.14d)?

I tried Three Degrees of Separation, but I just can’t do the jump. After Biographie, I had a look at another project which would have been super hard (around 5.15a I would guess), but on my attempt where I actually was about to send, I broke off a hold … And now it’s super, super hard. I wouldn’t say impossible, but definitely too hard for the remaining time …

R&I: What goals do you have for the future?

Same goal as always: Get stronger! And climb some hard stuff!