Joe Kinder spent weeks over a three-year period to bolt and meticulously clean a line through the roof of the Wicked Cave in Rifle, Colorado—a project he called Fat Camp.

“Bolting is piss,” he says. “[It takes] maybe two days. The cleaning process is the majority of the time, and that sucks.” Work completed, instead of red-taping
the project for himself, Kinder opened it to the world.

John Cardwell stepped in for the first ascent of Fat Camp on August 9, 2016, followed by a repeat from Matty Hong that September. “I have to stress, this is a seriously awesome thing for Joe to do,” Cardwell told Rock and Ice in
a previous interview.
“This route dubbed ‘Fat Camp’ by Joe, is super classic and in my opinion the most difficult climb in Rifle.” Cardwell suggested 5.14d for the grade.

More than three years after sinking the first bolt, Kinder sent Fat Camp on June 12 for its third ascent (Jonathan Siegrist followed closely
behind with the route’s fourth ascent). Rock and Ice sat down with Kinder to talk about route development, first ascents and gift-giving.

You bolted/cleaned Fat Camp as well as other lines and gave up the FA’s. Why?

I’m conflicted, but I don’t like the idea of putting a wall up to people. I don’t feel comfortable with that. I’ve got a lot of selfish aspects of my personality,
but I try really hard to be selfless and give out shit rather than keep it all for me, me, me. I climb all year, and I climb a lot of other people’s
routes, and I’ve had people give me projects. It’s one part of me that I have to suck up. For the most part, it feels good. It hurts at first sometimes.
I won’t lie.

How did projecting Fat Camp compare to your recent FA of Bone Tomahawk (5.14d/15a)?

Way easier. Fuckin’ way easier. Fat Camp is a really basic style. Not a lot of tricks. That’s one that I think any climber that can do 9a [5.14d]
will do real quick. Bone Tomahawk was complex. That was real first ascent style I had no one else helping with figuring moves out and I wanted
that. I liked the isolation out there and I relished the time I had with it. It was an intimate time with the cave, the bees, the birds, the sections
and the failures. 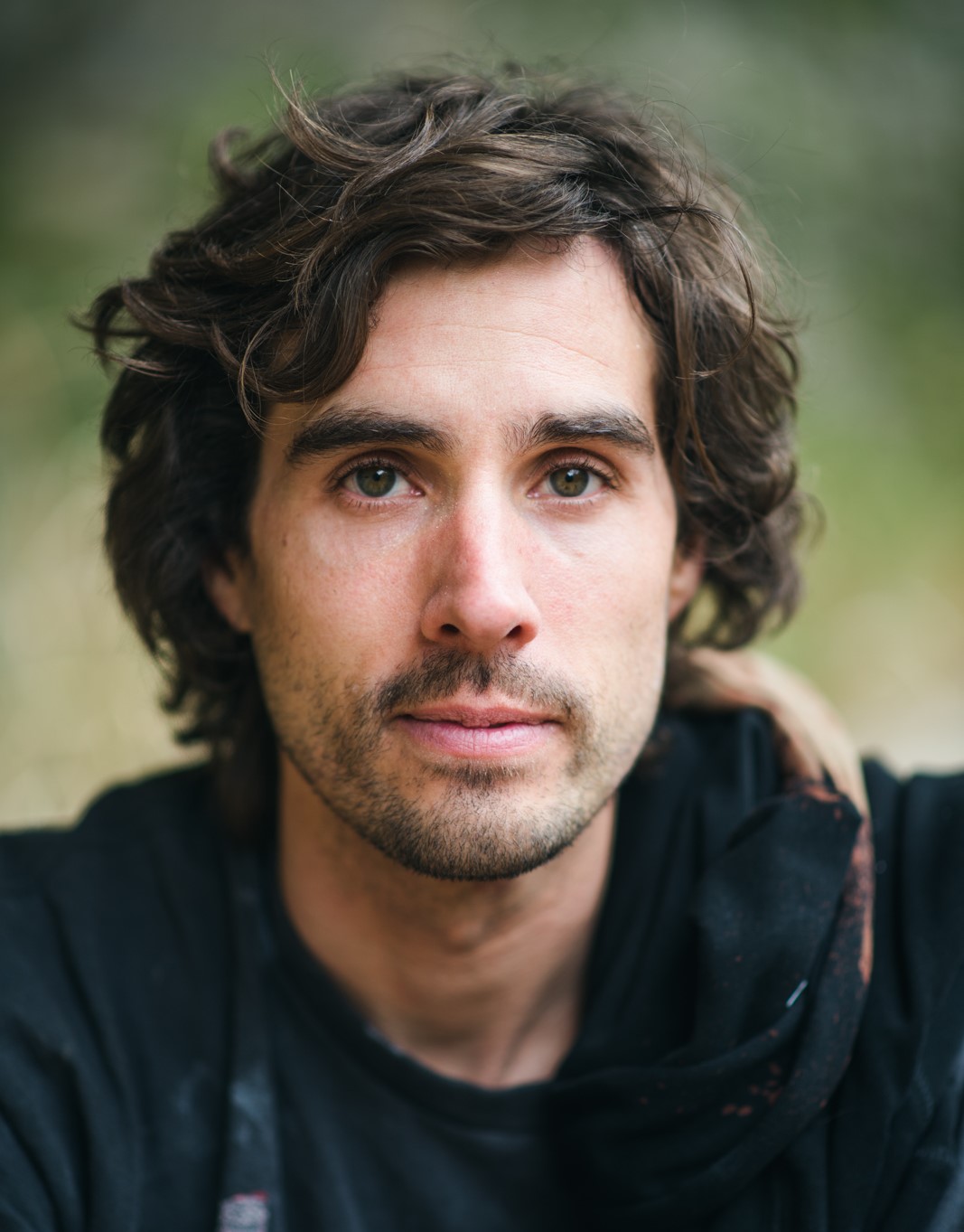 You get a different experience when you’re making a first ascent, when you’re alone. The first ascent
will always take patience, mind games, belief and doubt. Anybody that comes along after has an easier time. It’s human mirror actions. We can repeat.
That’s why Fat Camp was so easy. I knew those guys had done it. I knew beta, and I knew what to expect. Without that info shit’s a lot more
challenging.

Bone Tomahawk was different, man, that was a dime piece. That was my baby. They’re all special to me. They are pieces of climbing that I’ve authored.
And luckily, they don’t suck. Bone Tomahawk was different, that was one that I kept quiet because I didn’t want the young bucks to come fuck
with it. That was one I kept for myself because I deserved it.

What got you into route development, and were you hooked right away?

Oh yeah. At one point in my life, people asked why I wasn’t bolting, why I wasn’t giving back. That made me feel really guilty. I’m not just a taker, I
like to spread the love and feel like I contribute to the shit that I love so I started to bolt.

A big inspiration was Dani Andrada. I loved his misfit style. This fuckin’ renegade freak mode of a rock climber plus bolter plus lifer for climbing. He
does not have any qualms or cares about norms or social hierarchies. He’s a climber. He’s this warrior guy that I really find fascinating. Part of
his M.O. is to bolt like a madman. Bolt hard routes, climb hard routes in the same day. That coupling is badass to me.

So, when I started, I got stoked—kind of ballistic stoked. I was obsessed. I was bolting routes in southern Utah in the middle of the night. I’d
wake up thinking about climbs that I didn’t finish and I’d drive out and finish them in the moonlight with a headlamp with bats and birds flying around.
I was obsessed. I had to bolt something everywhere I went. Some good, some utter pieces of shit. 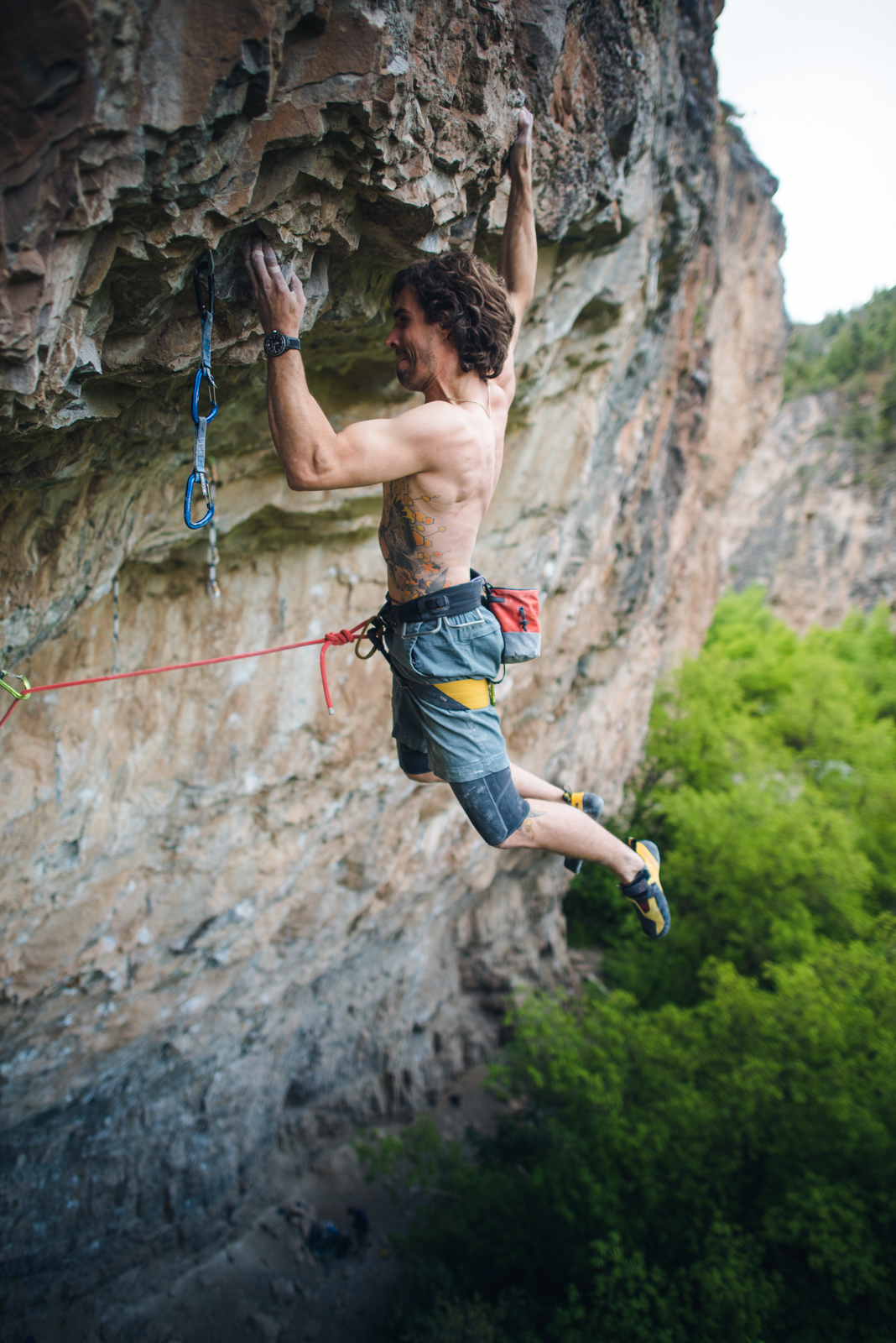 What would you say your development style is?

I would say my typical style—the style that I dig on bolting—is the physical steep style. Steep, gymnastic, medium size holds, nothing to tweaky
and lame. I like to call it human friendly. The body is not in jeopardy at any point—and that’s head to toe.

Do you see your development/FA’s as a creative process?

I don’t think there’s much. That [bolting lines] is just like a construction worker. You go up, you put the bolts in, you climb. There’s no creative process.
Maybe the creative process is that you see the line? Whatever. You see one I see one. Is that creativity? I don’t know. It’s just a different perspective.
The creative process comes into figuring moves out. That’s where your brain is going to be in a creative mode.

Are route development and first ascents distinct processes for you?

One is building, one is completing. I think that the first ascent process is really badass. I think it’s the most creative part of climbing. Figuring out
your beta, learning how this thing can possibly be done. That’s the best part of climbing, that thought game.

Do you have any big plans? Small plans?

Both. The big plans I’m not gonna talk about. Small plans, keep climbing. My goal is to reach my next level. I want to climb 9a+ [5.15a]. I know it’s a
number, but it’s the next level for me, and I want to reach that level. I’m not far from it. There’s a few routes that I’ve been revisiting.