Jon Cardwell is back from a two-month long climbing trip to Spain, where he sent Papichulo (9a+/5.15a)
in Oliana, among many other classic climbs. Rock and Ice caught up with Cardwell to learn more about Papichulo, his favorite climbs
and his time in Spain. 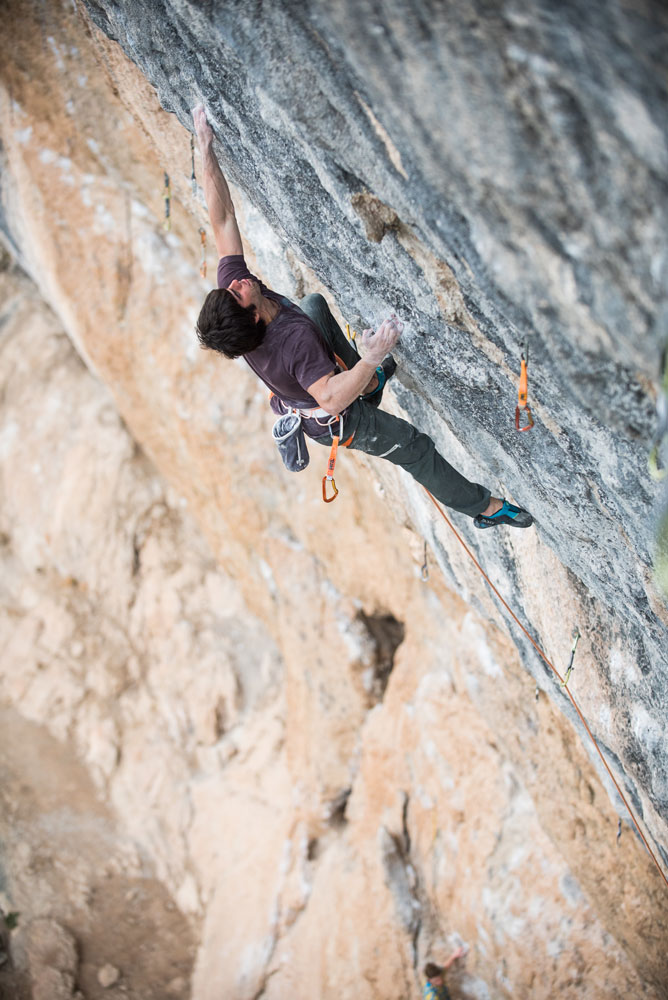 How was Spain? Where did you climb mostly?

The focus was mostly in Siurana and Oliana but we did visit some other areas along the way. My favorite single wall in Spain is definitely Oliana at the
moment! It’s pretty unique in the sense that it’s home to probably the highest concentration of hard routes (9a/5.14d and harder) in the world, along
with the Hanshelleren Cave in Norway, and also home to one of the most difficult climbs in the world, like La Dura Dura (9b+/5.15c).

Siurana is also a great area. It’s larger, and home to many more routes in different styles and in all grades. Both areas are great destinations, and I’ll
continue to visit them for many years to come.

What did you think of Papichulo?

Papichulo is kind of a new-school classic that was established by Chris Sharma. It’s become very popular in the last few years because it’s simply
a classic route, probably one of the best I’ve ever done.

The route is a test of mental strength—about 50 meters long and full of hard climbing with minimal resting positions. The game is simple, endurance!
And that was the crux for me…arriving to the ‘redpoint’ crux about halfway up with enough energy to execute the moves. After that, it’s a fight
against the pump, about 20 meters of 8b [5.13d] climbing.

Had you tried it on prior trips to Spain? How many attempts do you think it took overall?

This was actually my first trip back to Spain since winter/spring 2010. I remember trying the route once back then when Dave Graham was trying it and thinking
“this is way too hard.” Since then, I’ve really grown as a climber and after my breakthrough into the grade last summer, I’ve become more confident in trying routes like Papichulo.

Overall, I bet I tried the route about 20 times from the start. It was a good process with a ton of motivation, but it did become frustrating once some
poor weather arrived that left the climb wet for the majority of my initially planned final two weeks, hence extending the flight home. Thankfully
I did, however it was almost not enough time as I finished it on the final day!

What were some of the other climbs that you got on this trip, and what were your favorites?

At first I was trying La Rambla (9a+/5.15a) in Siurana with Matty and Margo,
but I was getting shut down, mostly because in the beginning of the trip I didn’t have very good endurance. Climbing on La Rambla helped though,
it was almost like training, and when I arrived to Oliana I felt much more comfortable.

Some of my favorites there were Los Humildes pa Casa (8b+/5.14a), which I onsighted/flashed (I’ve seen so many photos of that route and watched
some people on it back in 2010). This could be one of the coolest single tufa sport climbs in the world! 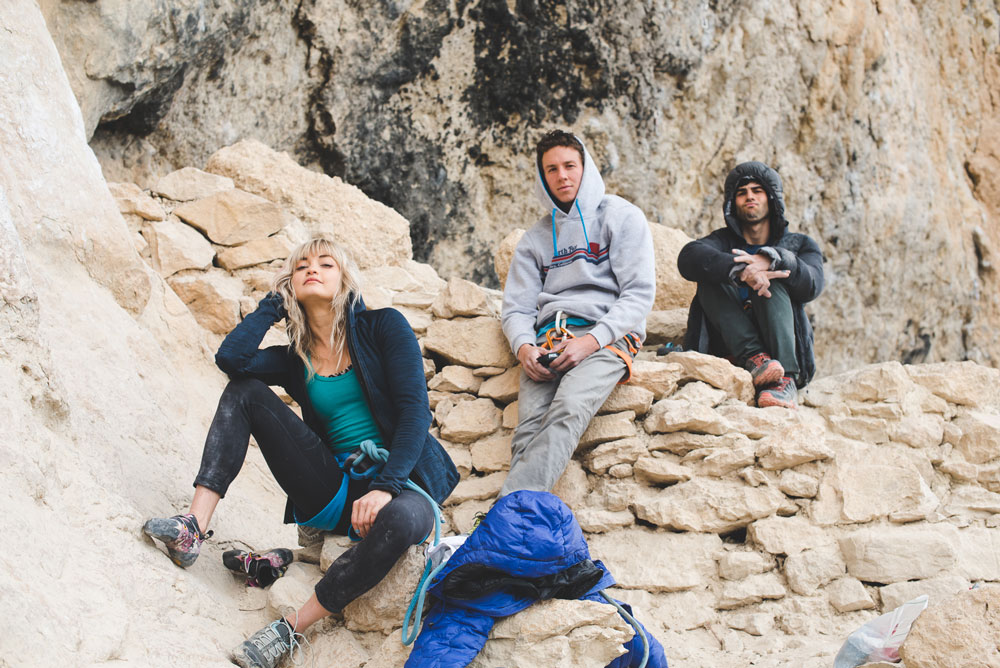 What was it like to climb with Matty Hong, Margo Hayes and Anna Liina Laitinen?

Matty and I are really good friends and have done tons of trips together. It’s always fun to travel with partners who are motivated to climb ‘a muerte’
almost every day and support even on rest days. That’s kind of what we did, if someone needed rest but the other wanted to go climb, we were like “venga!
Lets go!” there was no hesitation.

Anna is equally, if not more motivated than us, so she always brought good vibes to the wall, and cooked some serious meals in the evening. And Margo is
inspiring and super supportive as well. Everyone got along really well, and the focus was simple—climb as much as possible and enjoy the moment.

There were also plenty of local climbers who made the experience, like Dani Andrada and Patxi Usobiaga just to name a couple. We also had a fun contingent
of American climbers staying in the same apartments, the Jonathans, Siegrist and Thesenga, Steve Hong (Matty’s father), Sam Elias, Cameron Maier, Greg
Mionske, Sasha DiGiulian. As you can see, the community makes these trips unique and without all the good vibes from these folks, traveling and climbing
definitely would not be the same.

What were some of the best parts of the trip overall?

For me, it’s been a while since I’ve gone on a climbing trip where the main focus isn’t a single objective. Sure, I eventually zoned in on a few climbs,
but when I started I wasn’t exactly sure what I was going to try, I just knew that I wanted to go to Spain and climb as much as possible.

Overall, the best part was the freedom to climb day in day out with a fun group of people, seeing my friends work hard and succeed and brew motivation
for future visits.

At the moment I’m excited to take a week or two easy for recovery and then spend some time up at the Fortress [of Solitude, Colorado] trying a couple cool
projects. In the summer I’ll stay in Colorado for the most part, going into the alpine for some bouldering, climbing up at the Diamond a bit and going
to Rifle. Most of it will be in preparation for some trips that are planned for the fall.