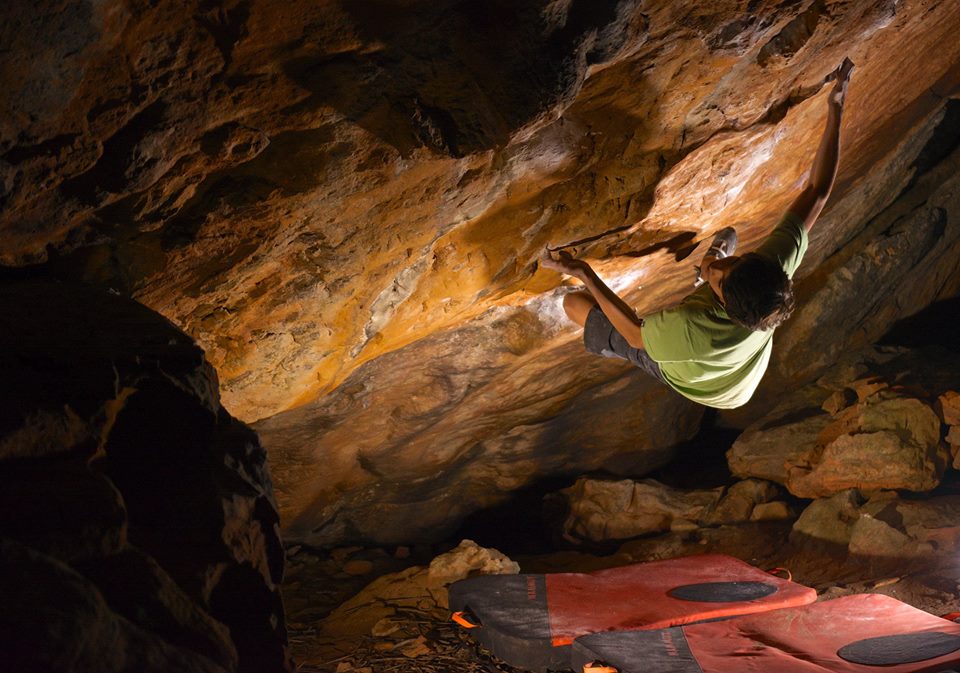 youngest person to climb V14 this past March.

Rock and Ice
contacted Caballero to hear more about sending Golden Shadow and his plans for the future.

How long did you try Golden Shadow?
I tried it for three sessions a week ago, but then I really got psyched on The Vice (V13), so I didn’t get back to it until after I sent The Vice. It then took me two more sessions to send it.

What are the moves like on this problem?
The moves on this boulder are quite powerful and require good body tension. The first three moves revolve around a tension heel-hook with three right-facing slopey crimps. Then immediately after that you get a left toe cam and do three powerful slaps on slopey crimps and slopers. Finally, for the last hard move you throw with a bad heel hook for your right foot and an OK sloper with your right hand, to a left hand pinch. You finish off the boulder with an easier top out.

At what point did you know you could climb Golden Shadow?
After the second session I was sure I could do it, although I still had to unlock a couple of links.

What other V14 projects do you have down there? Any in other places?
I didn’t want to spend too much time projecting on my first trip to Rocklands, so I really only spent time on The Vice and Golden Shadow. If I get a chance to go to Magic Wood later in the summer, there are a few there I want to try.

What’s next?
I’m heading to Céüse in France for a week or two of sport climbing. That will be tough, because I haven’t been on a rope since April, but I’m looking forward to the change. After that maybe a couple of weeks in Magic Wood, Switzerland, before school starts.