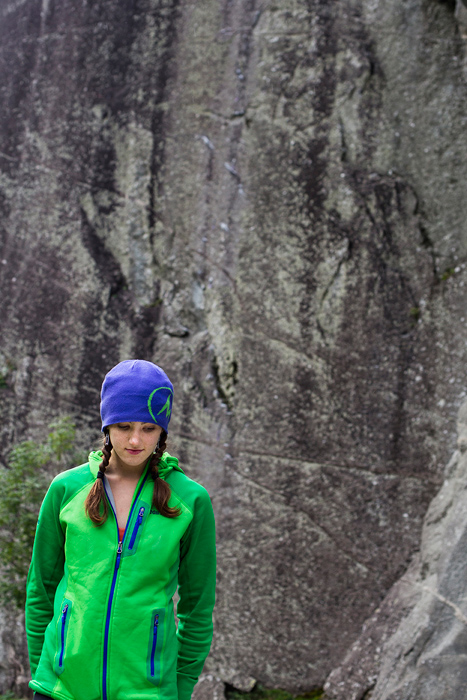 Paige Claassen has been traveling the world on a philanthropic mission. Her plan, which she has dubbed the Lead Now Tour, is to complete a “challenging route” each month at a different climbing venue and make news, in turn raising awareness and money for various non-profit organizations. So far, Claassen has held her end of the deal. She recently made headlines for ticking off some of South Africa’s hardest sport climbs such as Sasha DiGiulian’s Rolihlahla (5.13d) at Waterval Boven (see video below), and this month–while supporting Save the Children, a global organization that helps children living in poverty access nutritious foods–the 22-year-old Colorado native cranked the second ascent of one of the world’s hardest slabs–Art Attack (5.14b) in Sasso Remeno, Italy.

“This is probably the second most difficult route I’ve ever completed, next to Grand Ol Opry (5.14c) at the Monastery in Estes Park, Colorado,” Claassen told Rock and Ice. “But this route took me more tries than any other route. It was a battle because I knew I was capable all along, but I would just slide all over the small holds.”

Claassen pulled off the second ascent on her last climbing day in Italy after “practically giving up” on the route. Rock and Ice caught up with Claassen, who is now on her way to Japan, to get the low down on Art Attack.

R&I: Why did you decide to try and complete the second ascent of Art Attack?

I chose to work on Art Attack because it suits my style of technical climbing, and I knew that it would be a unique challenge – it’s very rare to find such difficult slab, or even vertical, routes. Most routes in the 5.14 range are steeper and more physical, so coming across such a technical, difficult route is a special opportunity. 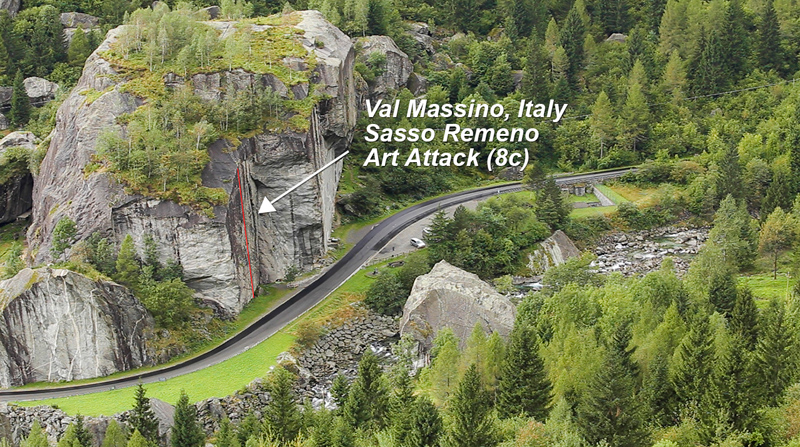 R&I: What is the climbing like in Sasso Remeno?

Sasso Remeno is apparently “the world’s largest boulder”, although that seems like a somewhat ridiculous claim. There are probably upwards of 100 bolted routes on this one boulder, so it is pretty huge, maybe 90 feet tall, and right on the road up to Val di Mello. Like, RIGHT on the road. It’s a bit disappointing, because one of my favorite parts of climbing is being up in the mountains, a bit removed from the busyness of towns and roads. But Art Attack seemed like a route worth working on, and it definitely was.

Simone Pedeferri, the primary local developer in the Val di Mello area, established Art Attack in 2004. He said that a few other people had tried it since then but no one had repeated the line, mostly because the weather in Val di Mello is a bit challenging, and most people don’t love hard slabs. 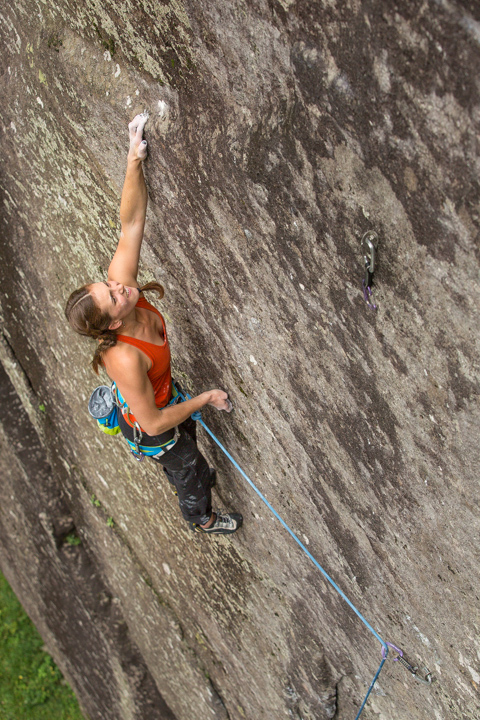 Check out the video below to see Paige in action on Rolihlahla (5.13d).