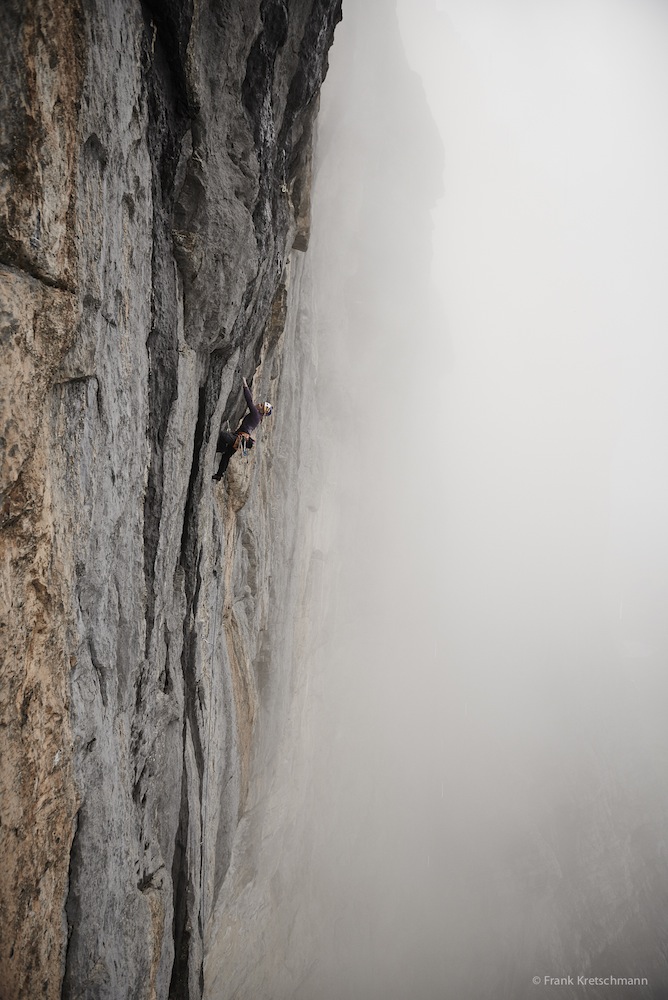 On August 29, Sasha DiGiulian and Carlo Traversi completed Magic Mushroom (7c+ 5.13a) on the North Face of the Eiger, Switzerland.

DiGiulian, 22, and Traversi, 27, had been attempting to climb the Eiger’s North Face for weeks. Their original goal was to climb Paciencia (5.13b), but after conditions shut them down, the team set their sights on 20-pitch Magic Mushroom.

When did you get back?

We got to the top of the Eiger on Saturday [August 29] and I took a helicopter down and went to Zurich that night. Then I flew out at 6 a.m. the next morning.

La Paciencia was the ultimate test to our patience. There was a snow-patch above that created a continuous drip of water, so it was always wet. We made five trips, about three days each. For the first, Carlo and I were together, then I was alone for the second when he was sick. After that, we made progress and had our two bivies stocked, but the route was wet.

We decided last minute to go for Magic Mushroom. Neither of us knew about it before going to Switzerland. We knew nothing about the climbing, so were starting from ground zero. And we had no time since I was leaving on Sunday. We decided that we were going to go for it, a last push to climb the Eiger North Face.

Was that a tough decision?

It was a tough decision to divert our attention away from La Paciencia. We had spent three weeks on the route and had made good progress. But the 8a crux pitch was perma-wet and didn’t seem to be drying, at least for the amount of time we had.

It was a hard decision but a realistic decision. Our best option at climbing the Eiger North Face was Magic Mushroom.

Did you feel pressured – since it was a highly publicized project?

For sure, pressure is inevitable, but most comes from personal striving to complete the goal. I find pressure can be a motivating factor. I don’t think the social media aspect takes away from the adventure at all. Plus, we had our phones off during the climb to disconnect and focus. 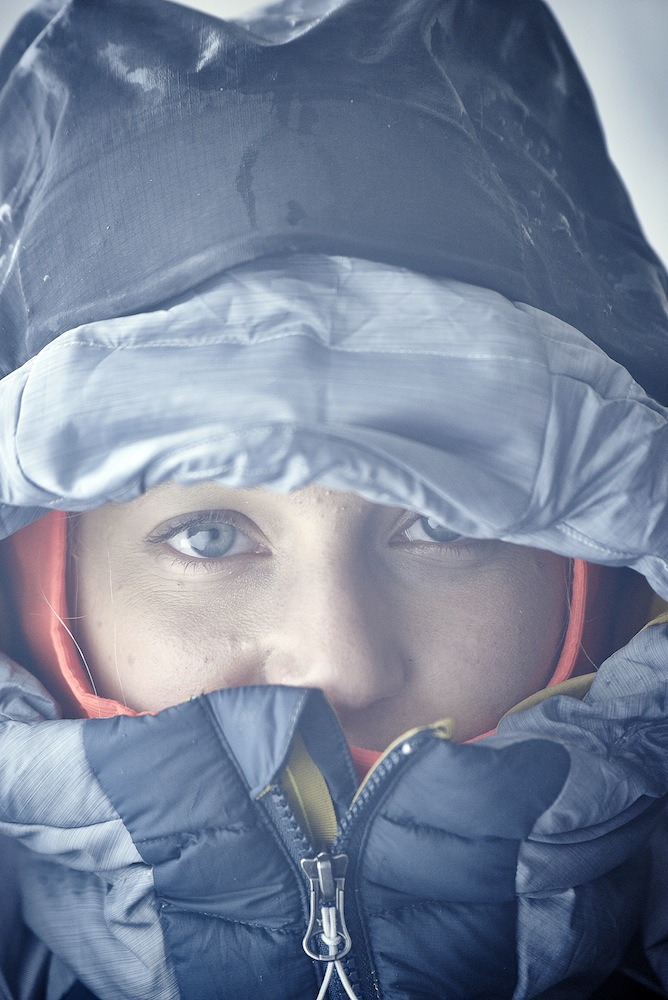 Did you ever feel way over your head?

There were definitely moments on La Paciencia that I was really fearful. It was definitely a progression for me to get over the fear that I had.

When I arrived at the Eiger, I was pretty naïve about the climbing. It’s not just sport climbing and you show up at the crag. There’s weather and rockfall and so many other factors.

I gained a better lead head and learned how to be efficient in rope management and anchors.

What was the rock quality like on Magic Mushroom?

The rock quality was actually quite good. Sporadic pitches were loose, and some places had large runouts. There were definitely places you didn’t want to fall—it was kind of heady.

The greatest improvement for me was not thinking about falling and to just trust my ability as a climber, knowing that I wouldn’t fall.

We used some gear, but for the most part, it was all bolts.

Carlo and I had a good balance of partnership. We’re both optimistic but realistic. We weren’t pretending we were any type of alpine experts and admit that we were beginners. We were able to put ego aside—you can’t pretend the danger doesn’t exist or fake what you don’t know.

Would you ever go back to finish Paciencia?

I would definitely return to La Paciencia if it was dry.

How do you feel about Robbie Phillips and Willis Morris’s ascent of Paciencia?

I applaud their accomplishment and I find it an impressive ascent. I do not regret our decision to climb Magic Mushroom as the state of Paciencia when we made the decision was still wet and having waited three weeks on weather and having less than a week left, we wanted to climb. I do not know how dry the entirety of the route was but I can only imagine there was just a small window to climb this route while dry; therefore all the more impressive on Willis and Robbie’s part.

Overall, what did you learn from this?

I went in as a beginner and learned a lot about alpine climbing.

School starts on Tuesday so I’ll be pretty busy and will only be able to make trips on the weekends. I would like to climb more in Yosemite, I love it there, and do some more ice and mixed climbing this winter.

It’s my last year of school and I’m going to climb professionally for the immediate time after college, with a few side projects.

This article was updated on September 5. In an earlier version, due to her travels back to the United States, DiGiulian was unaware that Paciencia had been climbed by Phillips and Morris.