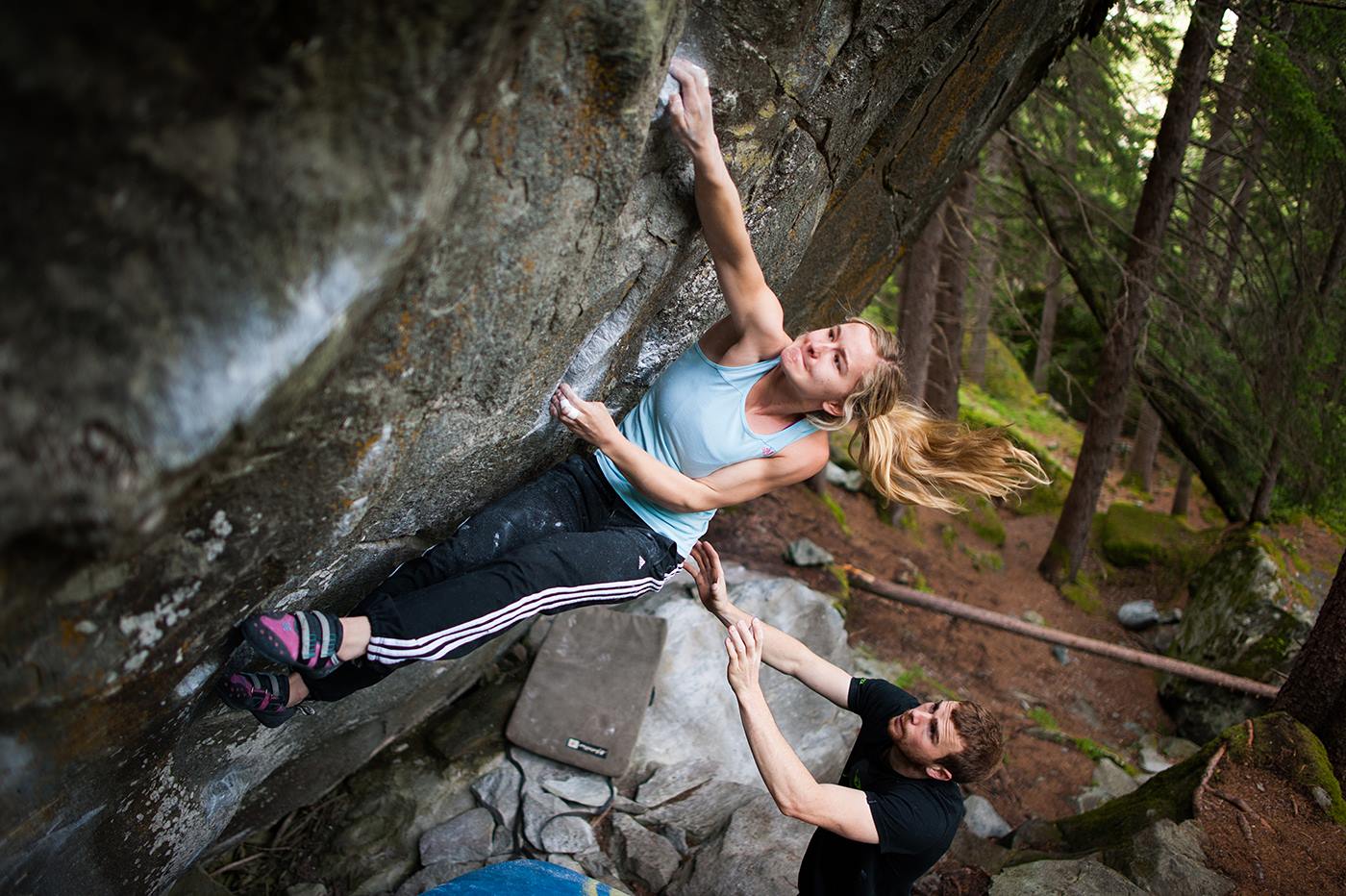 British climber Shauna Coxey is now the third woman to ever climb a V14 with her ascent of New Base Line in Magic Wood, Switzerland.

A successful competition climber, who recently took second place at the 2014 Bouldering World Cup, Coxey is also accomplished outdoors. She was the first British woman to climb V12 and V13, and is now the first to climb V14.

Coxey returned to the UK the day after topping out New Base Line to begin her training period before the World Championships in August.

Rock and Ice caught up with Coxey to ask her about her breakthrough into the grade of V14.

Did you ever think you would climb V14?
I’d never really put much thought into it. My main focus is the competitions.

Did you hear about Ashima Shiraishi climbing V14 before you sent New Base Line? Were you inspired?
I actually fell off the end of New Base Line the day before I heard about Ashima’s ascent. I thought it would be really cool to have two women climb V14 in one week! It was exciting as I knew it was possible for me, but the weather was so bad in Switzerland I was afraid I would have to leave without finishing it.

Why did this problem work for you? Did it play to your strengths?
I guess so. I really enjoyed the process. The moves were tricky to work out. It was really fun to figure out the beta. Once I had, it became a little daunting, as I knew it was possible.

At what point did you know you were about to climb your first V14?
I thought it was possible after my first session. A couple of days later I managed to make some links, and I knew it was possible. Unfortunately, the weather was not the best during our time in Magic Wood. When I first tried it from the start, it was really cold and humid. I had to stop climbing because I couldn’t feel my hands! I am a fan of warmer conditions.

Were you surprised on the day you sent it?
Yes. Mainly because I went to check out the boulder in the morning, and it was soaked. It was my last opportunity to try the climb before heading home, and I was devastated. Luckily, the sun came out, and the boulder dried before the next storm came. I guess the added pressure helped.

How will this send affect your climbing mentality for the future?
Before trying New Base Line I was scared of getting on a V14. My aim in Magic Wood was simply to try it. I had no idea what to expect, and I am so excited by the outcome. I can’t wait to spend more time climbing on rock in the future, but for now my main focus is still the competitions.