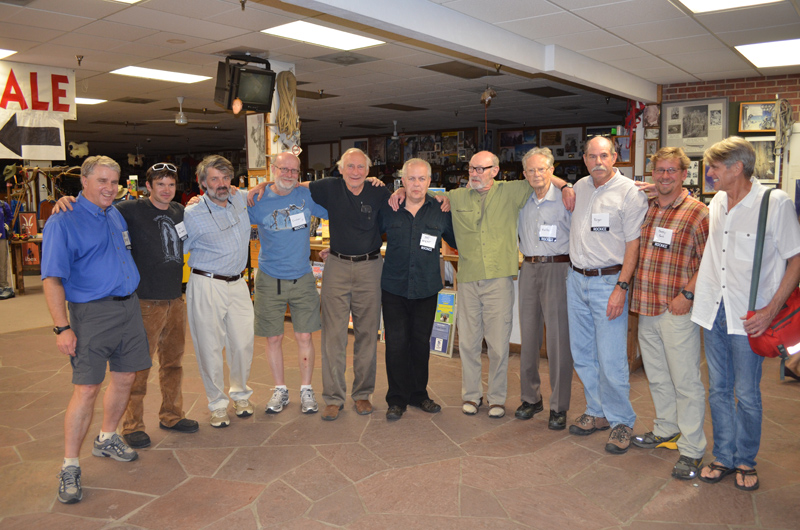 On June 21 and 22, 2013 climbers spanning five decades met at Neptune Mountaineering in Boulder, Colorado for a double-header event to share stories on the Diamond and remembering Layton Kor. Tickets were $40 with all the proceeds going to the Kor family.

Steve Grossman – who established many of Yosemite’s most technical big walls in the 80s – arranged the event, which he put together to share a “first person historical discussion of pioneering and some early repeat ascents of the Diamond climbs,” he said. The show was taped to create a video archive.

As a bonus, Huntley Ingalls shared stories of the first ascents of the Titan (FA 1962) and Standing Rock (FA 1962).

The event was planned to include 74-year old Layton Kor who died in April.

What I took away from the slides and stories was the close relationships these climbers had with their partners; the cold bivies, and beautiful moments high up on the wall. Fifty years later the details of a piton shifting under body weight might fall away but the camaraderie rings true. When it was done I wanted to hear more. 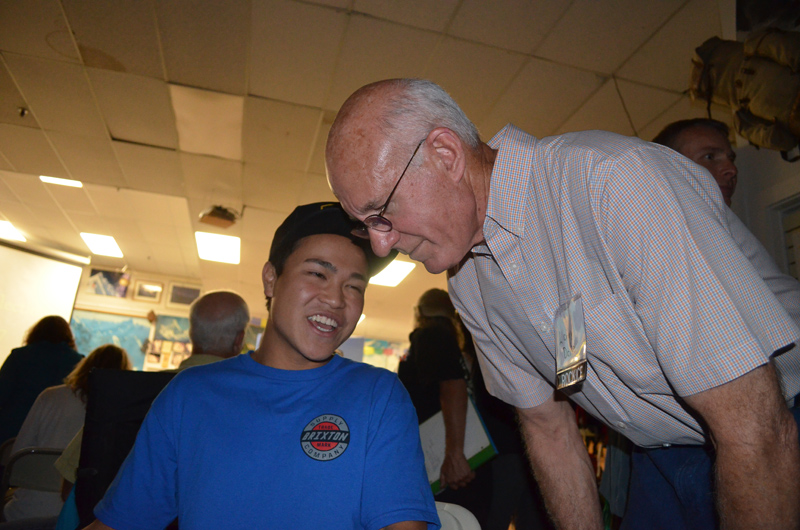 The next day I called Grossman, Michael Covington (who many considered to be the strongest speaker in the series), and historian/writer Cam Burns for images.

Grossman explained that the event is part “of my larger works with the North American archives (currently being filed for non profit) educational outreach. I’m trying to make history live beyond the website [with] tapes, written history and books.”

“History is not a fixed thing in my mind. It’s subjective. These climbs exist in the memories and mind of those folks who were there. Almost always the aftermath of these events is very uplifting for the people involved. They’re there [being] honored by people who care about what happened a long time ago,” said Grossman over the phone.

“When these guys go back in time its very uplifting for them. It’s very powerful. Because the technology was simple and not good, there were a lot of demands put on them to get up these climbs. Everything was very raw. That tends to leave a more vivid impression on you.”

“You set the table for these guys and let them cook it. When you have three guys on stage cooking you get some fascinating stuff. Each dish is more delicious than the last one. They have great stories to tell, a love for each other and what they’ve done. Generally speaking everyone gets into it because a lot went into these climbs.”

“There is a quote that climbing — the actual movement isn’t what stays with you. You have the element of the setting and the partnership. Over time those things come to the floor,” said Grossman. “Those folks on stage really complimented and boosted each other like a husband and wife support.”

I requested Covington’s information from Grossman because his talk was spiritual and personally moving. After giving me his number Grossman said, “He’s a delight to talk to. He’s a very interesting fellow. He’s a little reluctant to talk about himself, but he talks about climbing.” 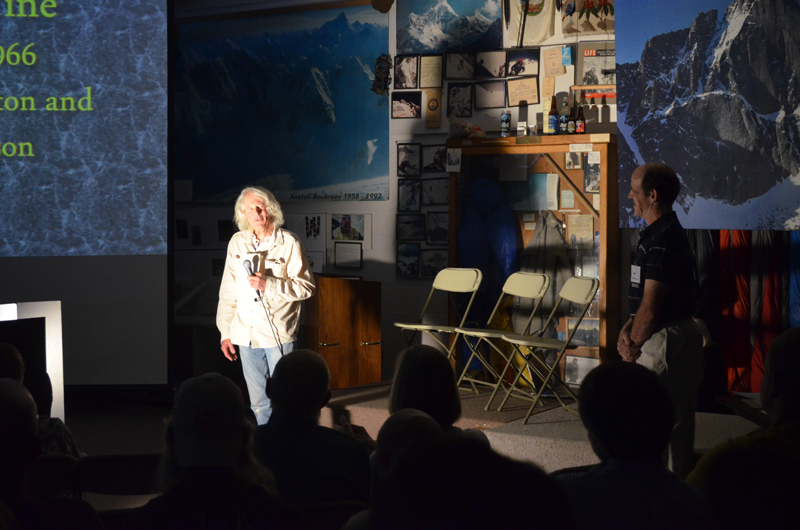 When Covington picked up the phone I told him how much he inspired me with his ability to blend his love for music, Native American spiritualism, and climbing.

“Its kind of one thing. It’s me — music, spirituality, climbing. They’re all independent and all inner related. By tracking animals I acquired the useful skills I use to navigate in the alpine world. It gave me an edge. I do things differently than a lot of those people and their ways haven’t always worked out. I never used a compass.”

Covington had to get off the phone in order to get back to his work but offered me an in-person visit at his tepee home in Ouray. “I do better when I sit with the person I’m talking with, it’s more real when you pass energy back and fourth,” he said.

Grossman stated to the audience that he wants this to be a yearly event.