In 1958 Nicholas Clinch led the only American expedition ever
to make a first ascent of an 8000-meter summit, Hidden Peak. He later wrote of the experience: “Through the years as we had clung to ice and rock,
chopped steps, and dangled from pitons, we had dreamed of climbing an Eight Thousander. Now the culmination of our mountaineering careers was going
to be a trudge through soft snow with heavy packs. Just a walk – a walk in the sky. It seemed ridiculously simple. Yet we could barely move . . ..”

His book A Walk in the Sky, about this small expedition of friends, which put Pete Schoening and Andy Kauffman on the summit of Hidden Peak (Gasherbrum
1, at 26,510 feet) in Pakistan, is far more given to lightness than suffering, marked by Clinch’s signature tone of exuberant bemusement,
such as here: “The doctor, who understood some English, served as the chief spokesman for our hosts. He informed us that they had seen four men climb
the dome at a rapid pace, which was wonderful and puzzling news. Not only were we making progress but our ranks also were increasing!”

A revered climber and character, Clinch died June 15 in hospice care in California. Phil Powers, executive director of the American Alpine Club, wrote
in an e-mail, “We all know him as a great and wise man, a collector, and the most effective and diplomatic expedition leader of his era. He was tough
to the end and left many of us with a final: ‘You’re doing a great job.’ He never failed to bring out our best.”

In Himalaya Alpine-Style (as quoted by the Stanford Alpine Club online), Andy Fanshawe and Stephen Venables wrote: “Clinch himself did not reach
the summit of Hidden Peak but [also] masterminded the first ascent, two years later, of Masherbrum and was a member of that expedition’s second successful
summit party. His contribution to American mountaineering is thus profound, though he was never to gain the same acclaim as his countrymen who were
to climb Everest and K2 in the following decades.”

Clinch also led the 1966 trip that made the first ascent of the Vinson Massif, Antarctica; in 2006 Clinch Peak in Antarctica was named for him. The early
expedition was awarded the American Alpine Club’s rare Gold Medal (given only five times since the club was founded in 1902) during an emotional annual
dinner in Washington, D.C, in February. Clinch, who had traveled from his home in Palo Alto, California, appeared fragile and was helped up on stage
but, ever charismatic and amusing, had the crowd laughing as soon as he took the microphone. 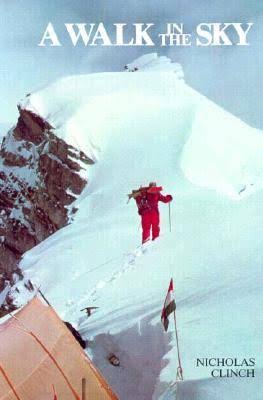 Nick was always known as funny: it was he who said, on occasion of the great belay on K2
in 1953, when Pete Schoening held five falling climbers with a boot-axe belay, “If he could hold five climbers on K2, how many could he catch at sea
level?”

A graduate of Stanford University and Stanford Law School, he was a former executive director of the Sierra Club Foundation and a past president (from
1968 to 1970) of the American Alpine Club. During his presidency, Clinch expanded community outreach and service by establishing the Grand Teton Climbers’
Ranch, in Jackson, Wyoming. According to americanalpineclub.org, which captured his tone, “After his term as president he was ‘forced’ to serve one
term (1971-1973) as treasurer, ‘to atone for my mismanagement’ during the previous three years.”

Clinch was made an Honorary Member of the American Alpine Club, and also elected to “Honourary Membership” in The Alpine Club [of London].

Clinch and his wife, Betsy, whom he met when she was a researcher at National Geographic, coauthored Through a Land of Extremes: The Littledales of Central Asia (Legends and Lore), published by Mountaineers Books in 2008 and reprinted in 2011, about a husband-and-wife team who were the greatest English explorers of their day,
traveling to Tibet in 1895.

Clinch was kind, graceful and indeed wise. As a past AAC president, he would stand up at a noisy or contentious board meeting, and speak quietly, while
everyone fell silent to listen.

If you were really lucky, you might be the recipient of his annual Christmas cards. Some people saved entire collections of them from over the decades.
I remember choice morsels: Nick talking about nearly blowing up a hotel room in London by trying to use the wrong adapter; Nick unable to decide between
two queues while entering a lift line with his daughter, and ending up flat on the ground with a ski hooked in each; Nick and Betsy, suffering squirrels
in their attic, hiring an exterminator, being shocked at the price of $50 per squirrel, and turning that into a unit of commerce. As in: “The plane
ticket cost me five squirrels.”

I was fortunate to have a long friendship with Nick, who was a trusted mentor when I became an AAC president in 1998, and I often crowed over the holiday
letters, which brought charm to the form. He told me he had two rules: “One page, and no bragging.” 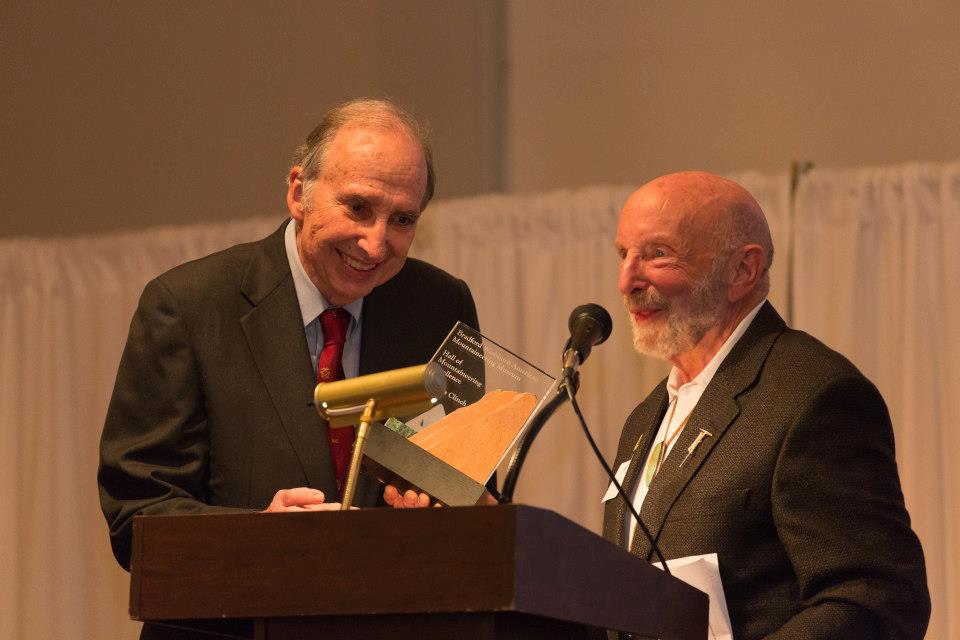 That he was widely trusted is reflected in Bob Bates’s short
memoir of his time as AAC president, from the club website:

My greatest challenge in AAC leadership was helping to solve a problem that threatened to split the club between East and West. Groups of fine climbers from both areas had been raising money to become the AAC expedition to climb the highest peak in Antarctica. Back then all flights to there were made by the U.S. Navy, and those with international implications were controlled by our state department. …[W]e put together a meeting in Washington with representatives from the Navy and the State Department, and also from the two groups of AAC climbers. Rumors existed that Japanese climbers were already planning a similar expedition, but no official request had been made. At our meeting the state department and navy representatives strongly agreed that action had to be taken fast, for one expedition only, and that it must be an American expedition. It was left to me to decide who the leader of that expedition should be.

Obviously, the climbers from the East and from the West would need to be fused into a single party—if that could be done. Fortunately, I knew the man who could do it. He was an experienced climbing leader whose parties had included climbers from across the country. He was well liked by all for his judgment and sense of humor. The man was Nick Clinch, who was born in Texas, lived in California, and had good climbing friends everywhere. …

The climbers of the two groups accepted Nick with acclaim … [and] became a fine team, making ascents of the highest peaks, with no accidents. Their success was extolled by climbers around the world.