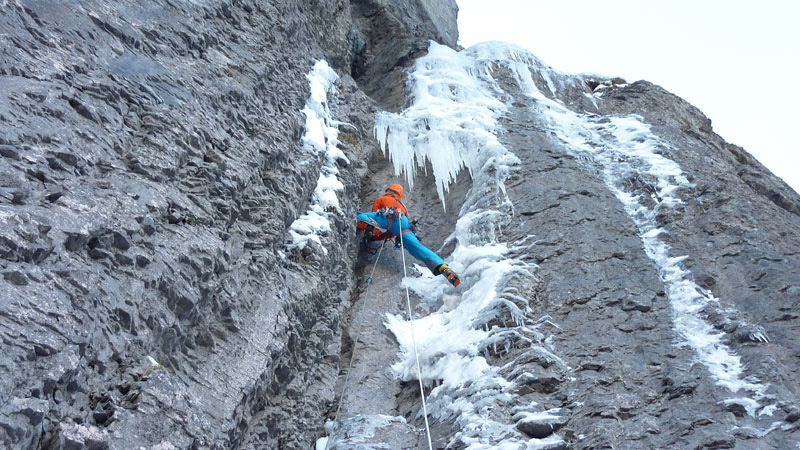 Robert Jasper and fellow German alpinist Wolfram Liebich made the first ascent of a risky and wild ice and mixed route, The Black Death, this past December. Jasper graded the climb WI 7 M8 and added an E5 due to loose rock. The new line rises 800 feet up the northeast side of the Gallihorn above Kandersteg in Switzerland.

Jasper and Liebich redpointed The Black Death on their second attempt and took eight hours to complete the line. Jasper described the route to Planet Mountain as, “An extremely demanding mixed climb, extreme even … with terribly friable rock.”

The Black Death links up with Ritter der KoksnuB, (translates to Monty Python and the Holy Grail) a M12 WI 5 that Jasper established last year. “Let’s just say that both [routes] are for highly experienced specialist,” Jasper told Planet Mountain.

Jasper, 45, is one of the world’s leading alpinists. In 2003 he was voted the best mixed climber in the world by the German magazine Klettern. Some of his notable climbs include solo ascents of the Eiger, Matterhorn and Grandes Jorasses, in 1991. According to his website, Jasper has climbed the north face of the Eiger via 16 different routes, and first summited the mountain when he was 17. Several FAs on the Eiger bear Jasper’s name, and just last year he added a free ascent of the Ghillini-Piola Direttissima (5.12d). 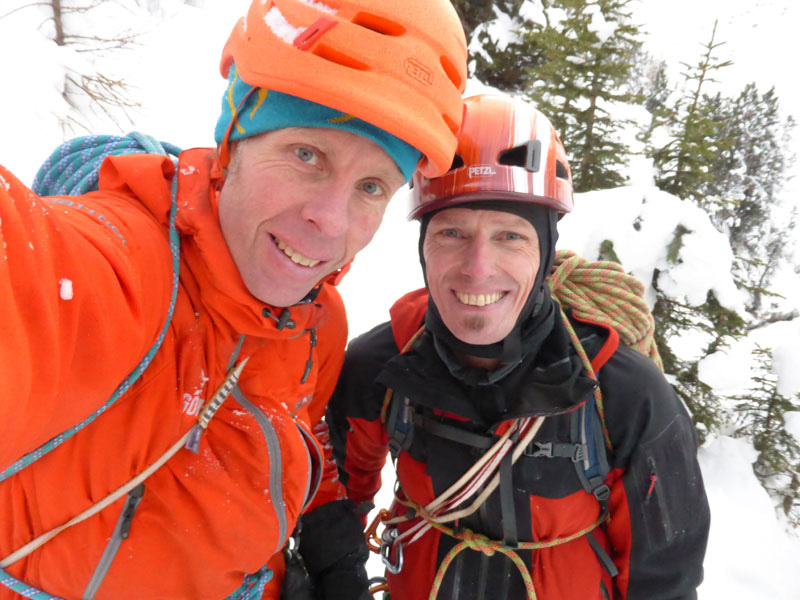 Check out the video below of Robert Jasper and Wolfram Liebich making their first ascent of The Black Death.