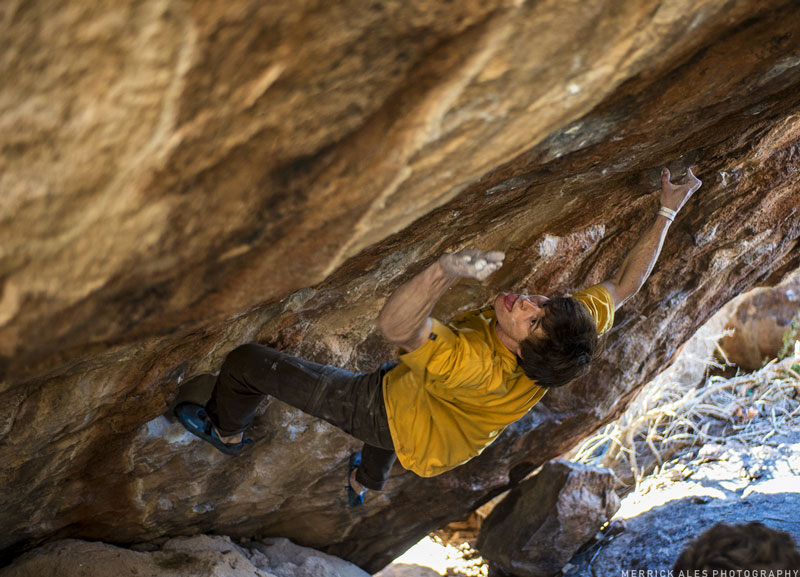 Merrick Ales PhotographyPaul Robinson took first in men’s and Angie Payne won first in women’s at the Hueco Rock Rodeo in Hueco Tanks, Texas this past weekend. The open competition pitted some of the world’s strongest boulderers against one another on the problems of Hueco Tanks. Each climber had from 7 a.m. until 5:30 p.m. on Saturday, February 16 to rack up their six highest sends for the comp.

Angie Payne won first place in women’s after sending Crimping Christ on the Cross (V10), The Butterpumper (V11), and Hobbit with a Boner (V8). “Despite the name, this boulder was actually pretty nice,” Payne writes about Hobbit on her blog. “It begins with easy roof climbing over a scary, deep pit then continues out the roof with a few harder moves that lead to a lip encounter and a hard, crimpy ending.” 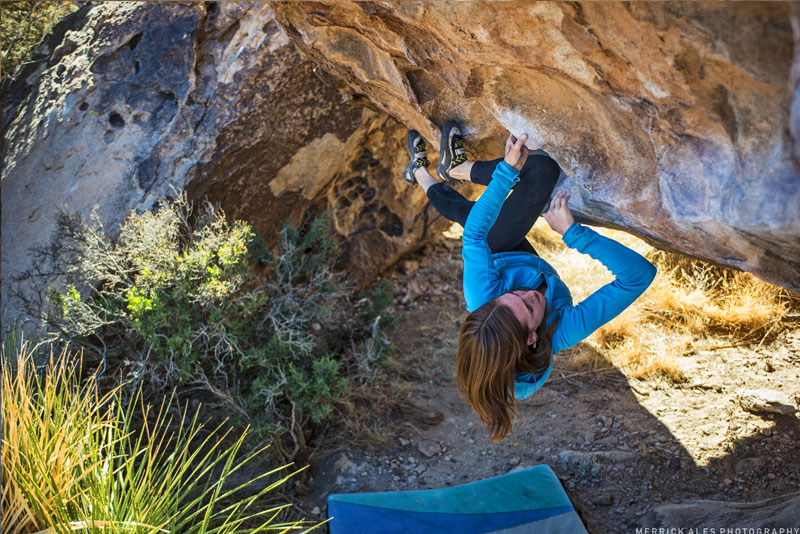 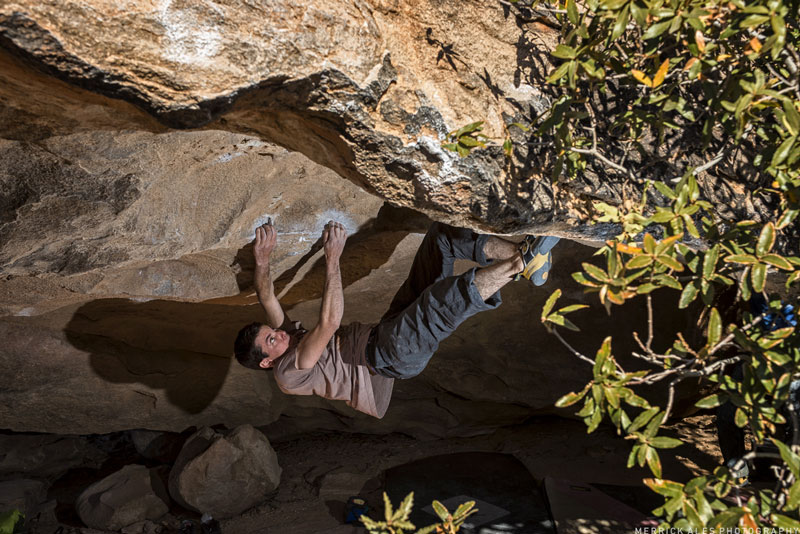 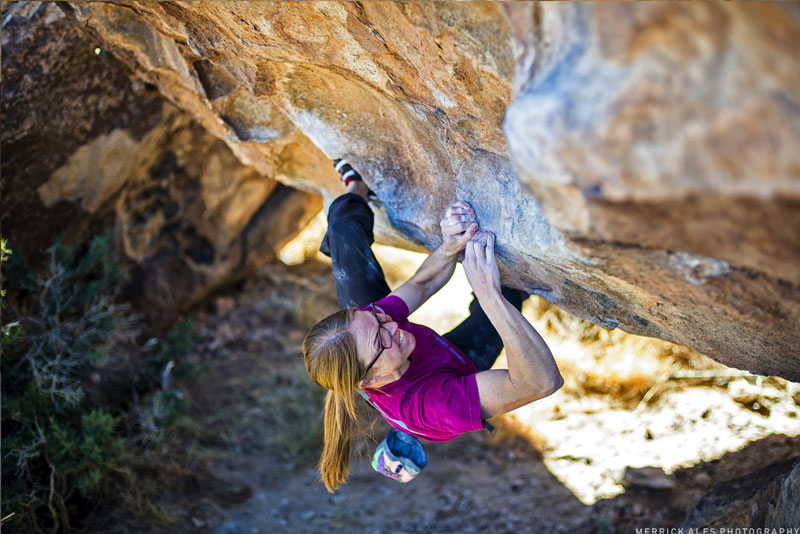 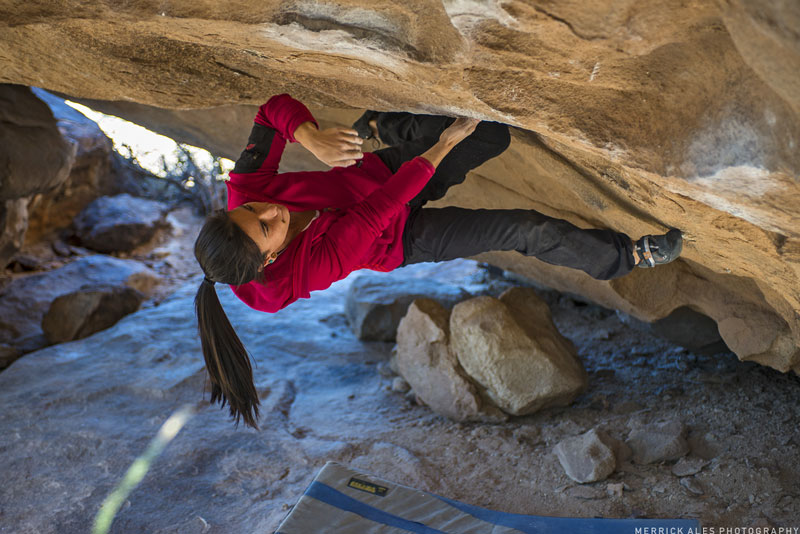