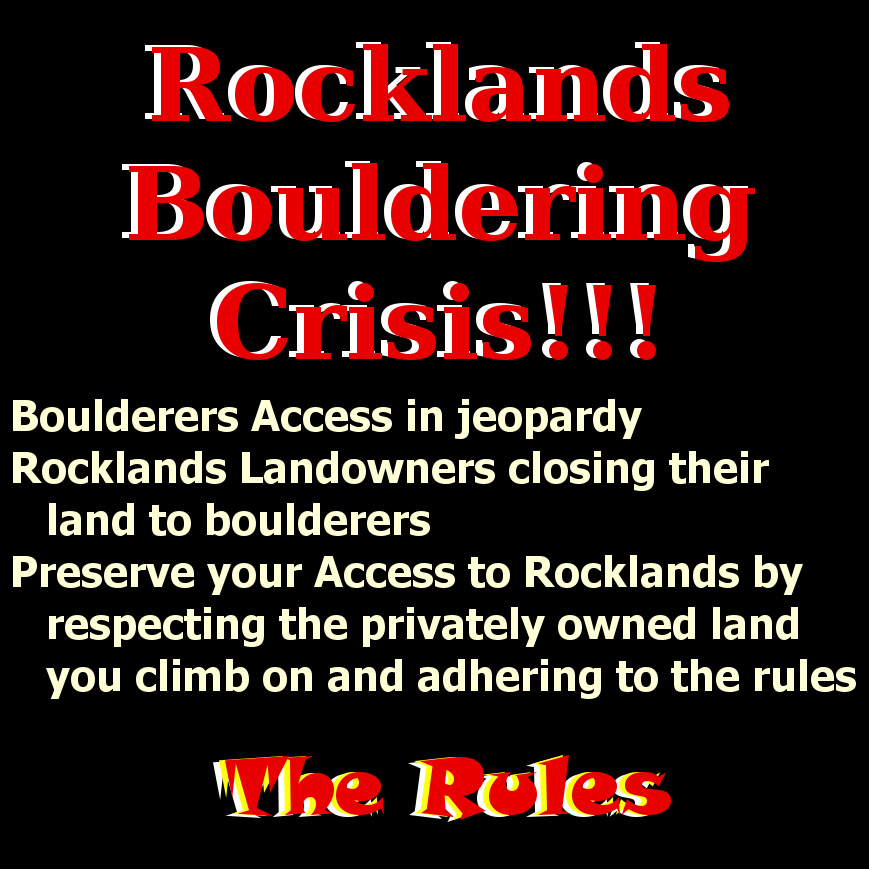 Access to one of climbing’s preeminent bouldering destinations–Rocklands, South Africa–is now threatened. In fact, the area known as the Tea Garden, which is privately owned by a local farmer and houses the classic boulder problem Black Shadow (V12) among others, has been officially closed for climbing. Delaney Carpenter, Chairperson of the Rock Climbing Committee of the Mountain Club of South Africa (MCSA), reports that the closure is the result of graffiti found on the Black Shadow boulder, multiple “unofficial” trails leading to the area and the decimation of the landowner’s nearby fence. Though Carpenter says that the MCSA “feels that the graffiti was not the work of climbers,” the damaged fence and trails are suspected to be caused by the bouldering community.