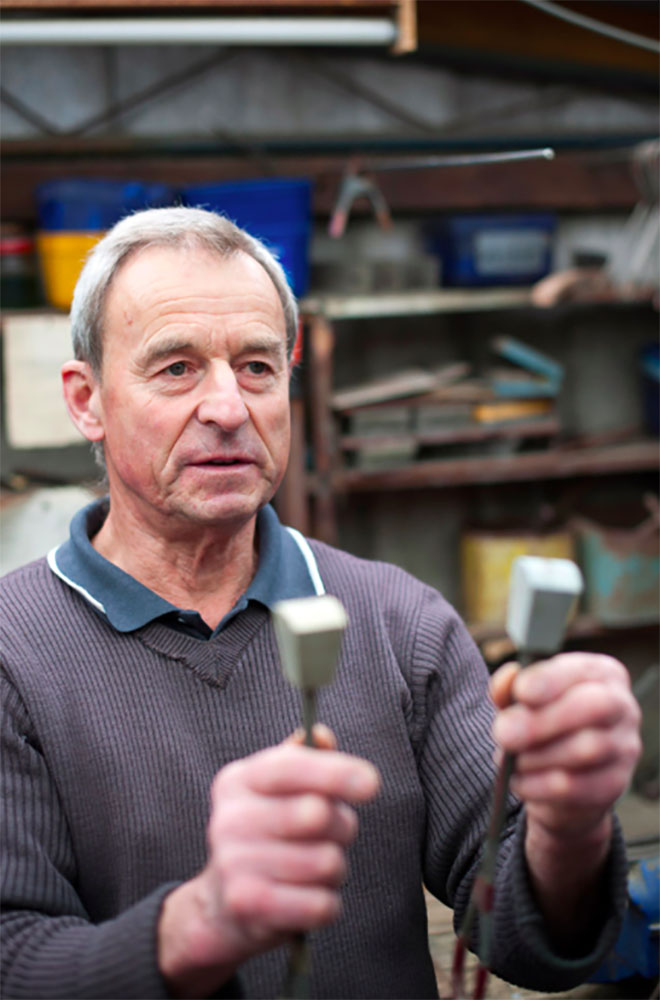 Roland Pauligk, the man who gave the climbing world the RP, has died at age 79 following a battle with cancer. RPs are small brass nuts
that have been integral to the progression of climbing and climbing protection since their development in the late 1960s.

The German born Pauligk left Germany in 1960 and emigrated to Australia where, in a small garden shed in the suburbs of Melbourne, he developed and handcrafted
RPs, with the help of his wife. It is rumoured that Pauligk was still making RPs in his early seventies.

These little beasties were initially designed to protect the thin, shallow cracks at Mt Arapiles and provide an alternative to slings, pitons and drilled
bolts—the main forms of protection at the time. While RPs are not as widely available now as they once were, they were an essential piece of
kit at the forefront of hard climbing in the late 1970s and 80s that allowed the big names of the time to push the boundaries of what was achievable.
Even today they are absolute essentials on certain high-grade trad routes.

In issue 192 of Rock and Ice (March 2011), an article by Ross Taylor describes the life and work of Pauligk, and includes an interview with the
man himself, explaining how the climbing world was, slowly and somewhat reluctantly, revolutionized by the development of these brass wires.

The same article was also published by the Australian magazine Vertical Life.