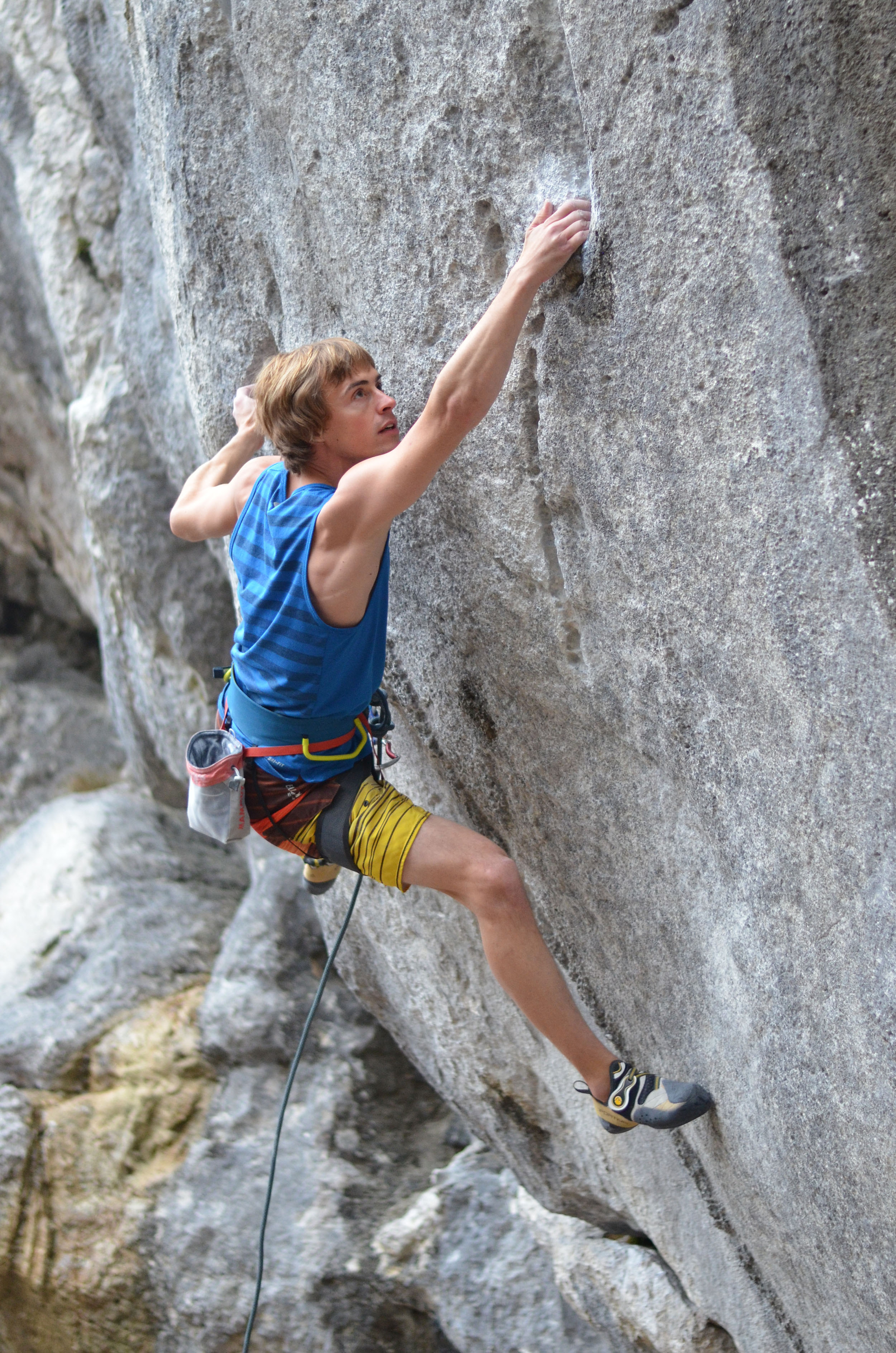 Austrian climber, Roland Wagner, achieved his 21-year long dream of climbing a 5.14d when he reached the anchors of Intermezzo XY Gelöst (5.14d) last week at the Plombergstein, a climbing area near Salzburg, Austria.

He started climbing in 1994 at the age of 14, when “5.14d was the benchmark,” Wagner told Rock and Ice. “I dreamed about climbing a route of that grade. Little did I know that it would take me 21 years to get there.”

Intermezzo XY Gelöst was established by Klem Loskot—a legendary climber in the area—in 1997 and has been repeated by Thomas Katzlberger in 2005 and Max Eder in 2010.

“Hands down, the route climbs one of the most amazing pieces of rock I have seen anywhere,” Wagner says. “In a mere 40 feet, it has almost every imaginable feature, including micro-crimps, pinches, monos and a tufa!”

After working the route in the fall of 2009, Wagner came close to sending it, but was about to leave for San Diego, California to pursue a Postdoc degree.

The night before his flight to the States, he went out with a headlamp for one last effort, since he would be gone for the next five years. Wagner fell at the second to last move.

“In San Diego, I got bitten by the surf bug and spent most of my time in the water,” says Wagner. “But soon I met my wife, Maddie, and together we frequently went bouldering in Bishop, Vegas and around St. George on the weekends.”

Near the end of his Postdoc, Wagner began dreaming about Intermezzo again.

“Although I didn’t focus on climbing during the five years in San Diego,” says Wagner, “I think that between all the surfing, bouldering, and yoga, my rock climbing improved.”

Wagner, and Maddie, returned to Austria to find harsh conditions—snow, ice, and torrential downpours. “But spring finally arrived,” says Wagner, and he was back on his project.

“After 11 days of giving it my all—and Maddie’s relentless support—things finally fell into place and a dream of mine came true—Intermezzo XY Gelöst (5.14d).”