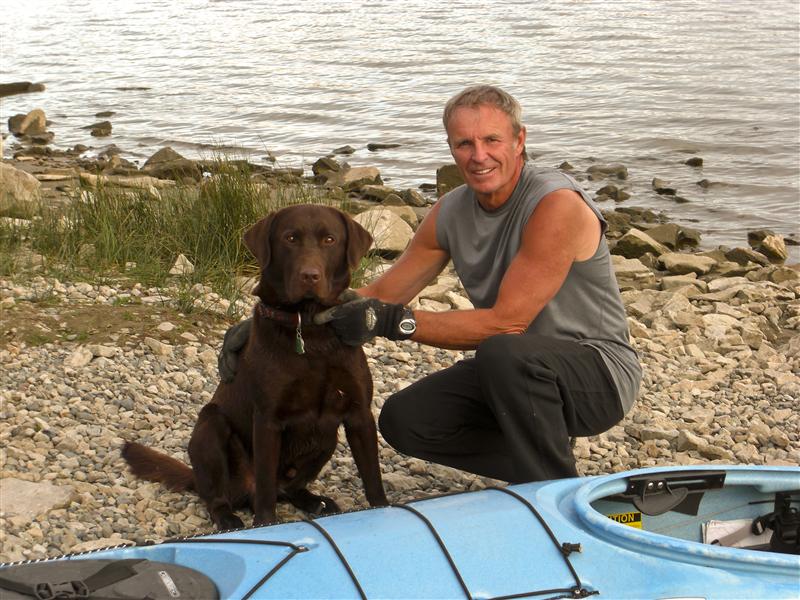 John Roskelley, in his time one of the world’s greatest alpinists as well as one of the strongest personalities, will receive this year’s Lifetime Achievement Award at the Piolet d’Or. He will be the first American and sixth recipient of the Golden Ice Axe, to be given at the March 26 to 29 ceremonies in Chamonix.

Roskelley, who will attend, in an e-mail calls the award “a surprise to me, given the hundreds of exceptional climbers throughout the world.”

He continues: “To say I’m humbled to be mentioned in the same breath with the previous winners is an understatement. In the end … I will be accepting it on behalf of all of my teammates through the years who made this possible. After all, I couldn’t have reached the summits of so many classics without them.”

The initial award went to Walter Bonatti in 2009. He was followed by Reinhold Messner, Doug Scott, Paragot Robert and, last year, Kurt Diemberger.

Roskelley, 65, of Spokane, Washington, is also a photographer, writer and public servant, having won election and served as county commissioner. As a climber he was known for maintaining a furious pace, with annual expeditions to the greater ranges, over two decades. As an individual he was confident, blunt and often abrasive, while lauded by partners for his vision, drive and tenacity. As a public official, he was committed to environmentalism.

Roskelley’s climbs include, in 1976, a hard new route up the vast NW face of Nanda Devi, during an expedition defined for all time by the death of the young Nanda Devi Unsoeld, daughter of the co-leader, on the mountain for which she was named. Roskelley, Louis Reichardt and Jim States reached the summit. Roskelley also succeeded on: the 1977 first ascent of the Great Trango Tower, with Galen Rowell, Dennis Hennek, Kim Schmitz and Jim Morrissey; in 1978, a new route and the overall third ascent (first by Americans) of K2, with Reichardt, Jim Wickwire and Rick Ridgeway; and, in 1979, both the first ascent of Gaurishankar and Uli Biaho, the latter with Schmitz, Ron Kauk and Bill Forrest. Roskelley climbed Cholatse in 1982 with Rowell, Vern Clevenger and Bill O’Conner, and the first ascent of Tawoche in 1989 with Jeff Lowe.

On Tuesday Roskelley appeared at the American Mountaineering Center in Golden, Colorado, to support the fundraiser for Lowe’s autobiographical film “Metanoia.”

He states, “Jeff is one of those ‘exceptional climbers’ I was talking about and also an exceptional person.”

Roskelley’s best-known climb is Makalu, on which he reached the top alone, in 1980, after his small party took on an ascent of the West Pillar. A French team of 11 had climbed that route in 1971 on an expedition using 500 porters and eight high-altitude Sherpas. The technical difficulties achieved, Roskelley wrote in the American Alpine Journal, “were of a level never before attained in Himalayan climbing.”

Of his four-man climbing team’s approach, he stated, “we had chosen to raise ourselves up to the standard of the mountain, not to pull the mountain down to our level with large teams of climbers and Sherpas … In addition, we would not use artificial oxygen and no Sherpas above Base Camp.”

Roskelley climbed all his peaks without oxygen, and tried Everest several times in the same mode. That summit eluded him until his fifth try when, using oxygen, he climbed Everest at age 54 with his son Jess, age 20, and Wickwire. Jess will travel with his father to France for the Piolet d’Or awards and to climb together.

The Piolet d’Or career award was created to reward a career, according to www.pioletsdor.com, “whose spirit inspired subsequent generations.”