Jess Roskelley, Nelson Neirinck and Kurt Ross are fresh off a trip in northeastern Pakistan with a handful of new routes and peaks to show for it.

In an email to Rock and Ice, Ross explained, “Climbers have historically been unable to pull permits for the area because of security concerns near such a sensitive border, but these restrictions have begun to lift in the past few years so we managed to get our hands on one.” 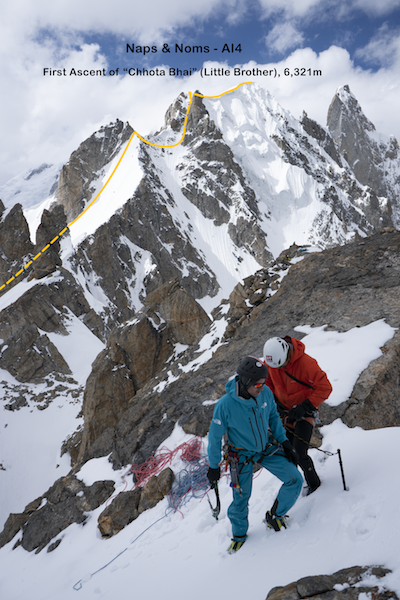 The trio’s first climb was a 5,800 meter rock tower to acclimatize. Next they turned their attention to the biggest thing in sight: a 6,321-meter peak. “Three days round-trip of climbing through complex seracs, calf-melting ice faces with hours of backtracking due to route-finding difficulty and surprisingly tricky ridge terrain brought us to the summit,” Ross said. They named the peak Chhoto Bhai, or “Little Brother” in Urdu, and christened their route Naps and Noms (AI 4) . 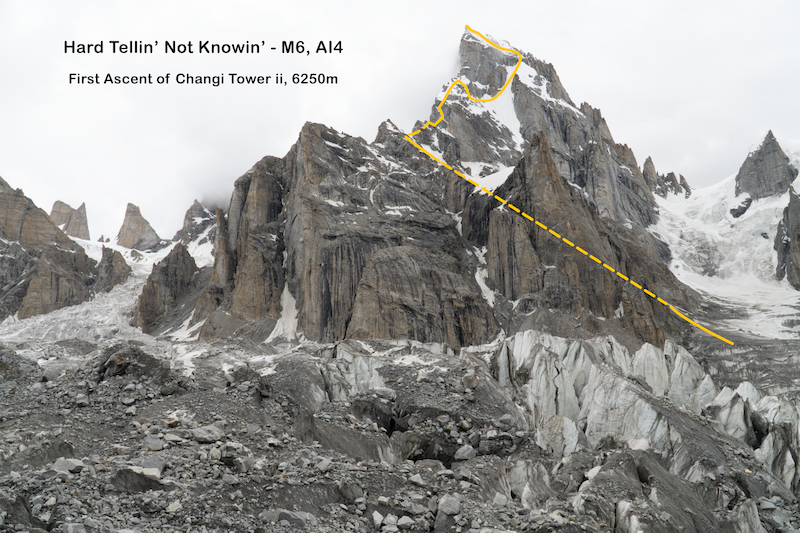 To cap off an already successful expedition, the team climbed a 6,250-meter peak called Changi Tower II (“Distinct from the nearby Changi Tower that Scott Bennett and Graham Zimmerman climbed in 2015,” Ross noted). They started by kicking their way up a gully that turned into a bombing range in warmer temperatures, forcing them to climb in the coldest parts of the day. Following the gully they climbed “several pitches of beautiful clean granite mixed climbing to gain lower angle ice fields,” and encountered “more route-finding difficulty causing us to make a few rappels before heading up a giant board summit that sticks out over steep northwest face.” They named the new route Hard tellin’ not knowin’ (M6 AI 4).