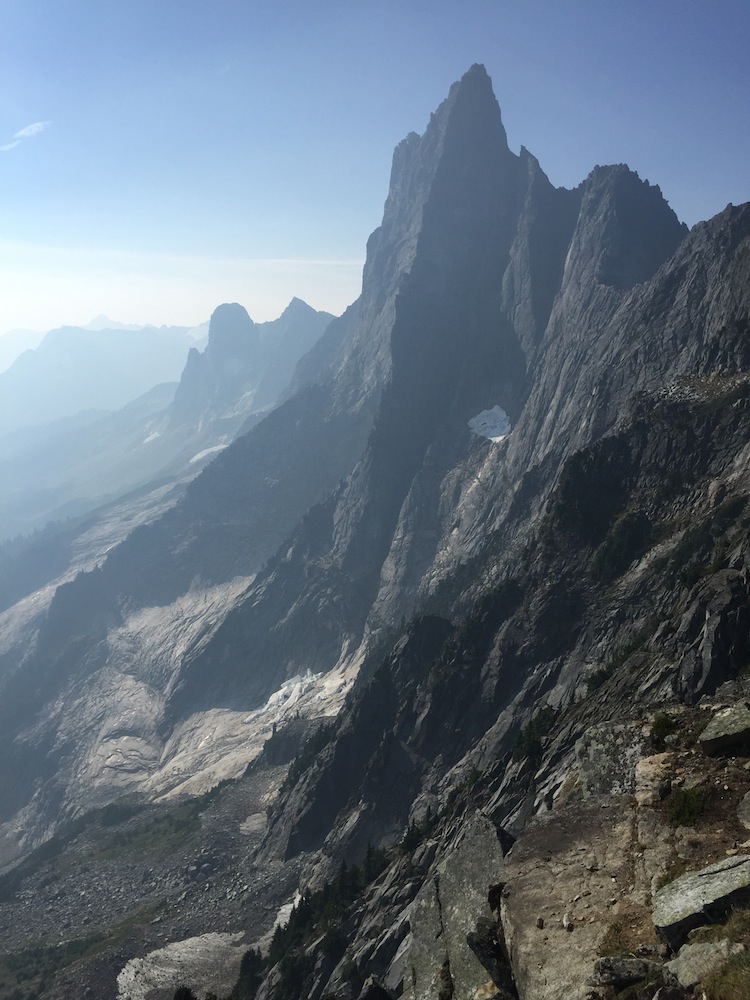 Father and son climbing teams are inherently strong and devoted, but the Roskelley father and son team is not your average climbing team. John Roskelley is the only American to win the Piolet d’Or Lifetime Achievement Award. Meanwhile, Jess Roskelley has collected several notable first ascents in Alaska, and he has completed hard climbs in Patagonia and Canada. Living in the Northwest, John always wanted to climb the NE Buttress of Mount Slesse, but a variety of reasons have delayed him. Once Jess expressed interest, the duo hatched a plan to complete the climb in a long weekend.

Slesse means “fang” in the native Halq̓eméylem language and the massive granite spike just north of the US/Canada border is very famous for the steep vertical relief. The west face of the mountain towers 6,398 feet over Slesse Creek. The Northeast Buttress is known to be one of the finest sustained rock climbs in the Cascades and sits in an area neither of the Roskelleys had visited. The modest 5.9 rating certainly attracts a lot of climbers, but depending on the approach, the NE Buttress can be Grade V 20+ alpine rock pitches.

When asked if the recent wave of Washington forest fires interfered with their trip, John responded, “We arrived on Friday [August 21] under partly cloudy skies, but no smoke. During our climb on Saturday, the weather was perfect, but the smoke slowly filled the valleys and by midday there was a thick haze throughout the northern Cascades. But it didn’t interfere with our enjoyment of the climb.”

John continues, “The Pocket Glacier that used to be a problem has disappeared, so the approach is safe and up a 20 degree rock slab to the initial 3rd class ramp leading to the Northeast Buttress. 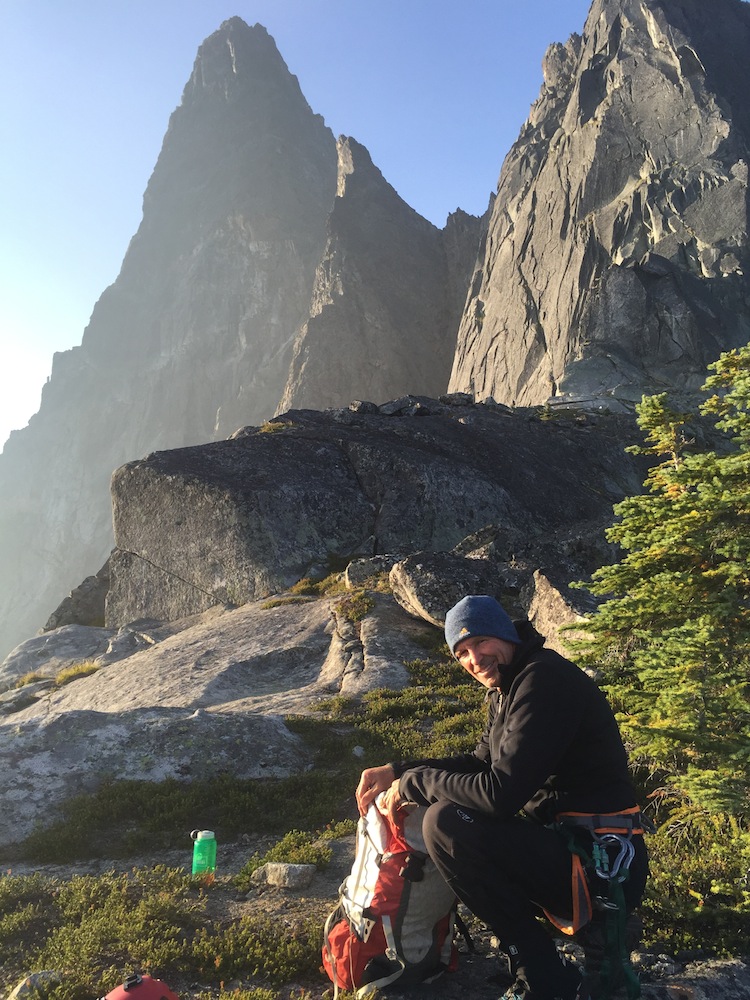 “We stayed close to the center of the rib, and followed a system of cracks, chimneys and nice holds. Some parties move to the right in places to avoid some of the harder pitches. We found the crystalline gneiss provided great grip for hands and rockshoes; perfect finger and hand-sized cracks; and holds just when we needed them. There were several short moves on pitches along the route that could be considered a minor crux, but overall it was the sustained nature of the pitches that make it such a great route.”

The Roskelleys didn’t have the route to themselves. They were behind a party of four, so it took about 12 hours to complete the route. Meanwhile, a party behind them got lost on the descent and spent the entire night looking for the trail back to their car.

With a grin, Jess says, “I watched my dad slow down a bit on the descent. Although strong as ever, 66-year-old legs just aren’t the same as when you’re young. It’s like we switched places. He was always so proud of me when he would take me on a long climb as a kid. Now I’m the proud one. My dad is a tough old man!”