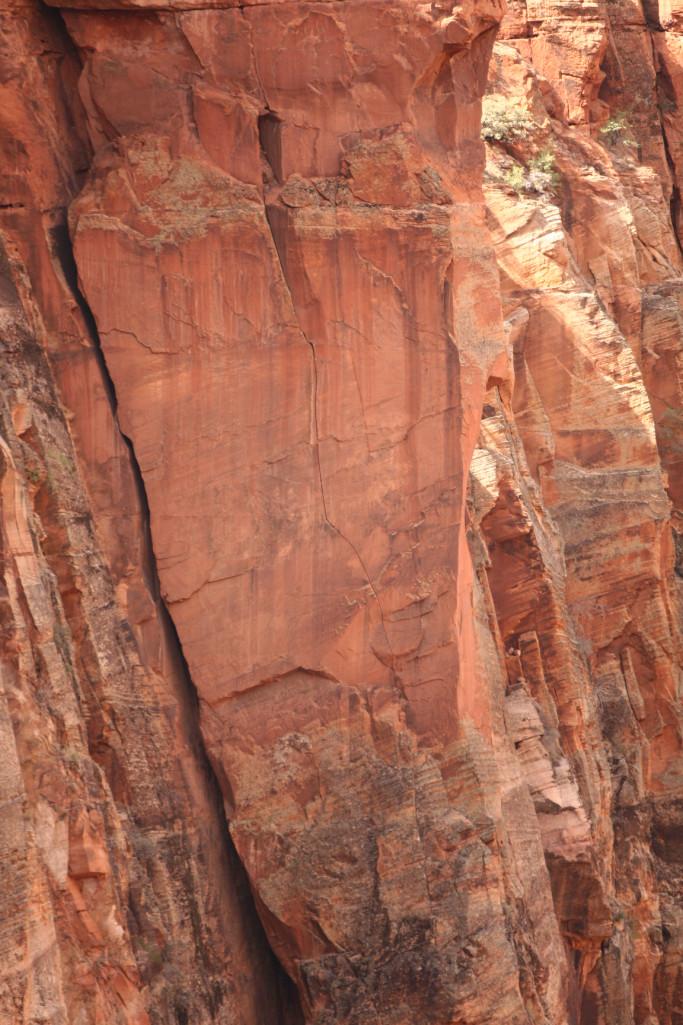 Bird, long time Zion climber and author of the guidebook Zion Climbing: Free and Clean, established the route as an aid climb and tried to free it with Anderson back in 2007, but the team couldn’t send. They discovered a more logical line for free climbing, using “a nice swath of patina face holds,” Anderson wrote in a Trango blog post.

“As a result of this re-engineering, we had to place some bolts, drilled by hand, which took up a lot of our time,” Anderson wrote. “That was it. Bryan and I could never get our schedules to line up and I never made it back out to try the route again.” A year later, Anderson moved to Ohio—the climb mystified to a dream, and a nightmare of someone else getting there first.

“So for EIGHT YEARS I agonized over this route,” wrote Anderson, “yearning to get back on it, and at least just see what the upper pitches were like. Could they be free climbed? Could they be free-climbed by me?”

Last week, out of the blue, Anderson called up Bird to have another go. “Finally, I had my date with destiny,” wrote Anderson. “Bryan had generously held the route in reserve for my return.”

Bird took on the first pitch—a sandy, R-rated offwidth on bad gear—“his specialty”, in the words of Anderson.

Anderson tackled pitch two, which begins with easy climbing on loose, stacked blocks to a finger-width crack that shrinks to fingertips right where the footholds run out—forming the crux of the pitch.

“I did my best to manage the mounting pump,” wrote Anderson. “I placed a #0 TCU (purple), crimped the edge of the crack, put my foot on a sandy sloper, and reached upward.

“A moment later I was sailing through the air. I felt a slight tug on the rope, then kept falling.” 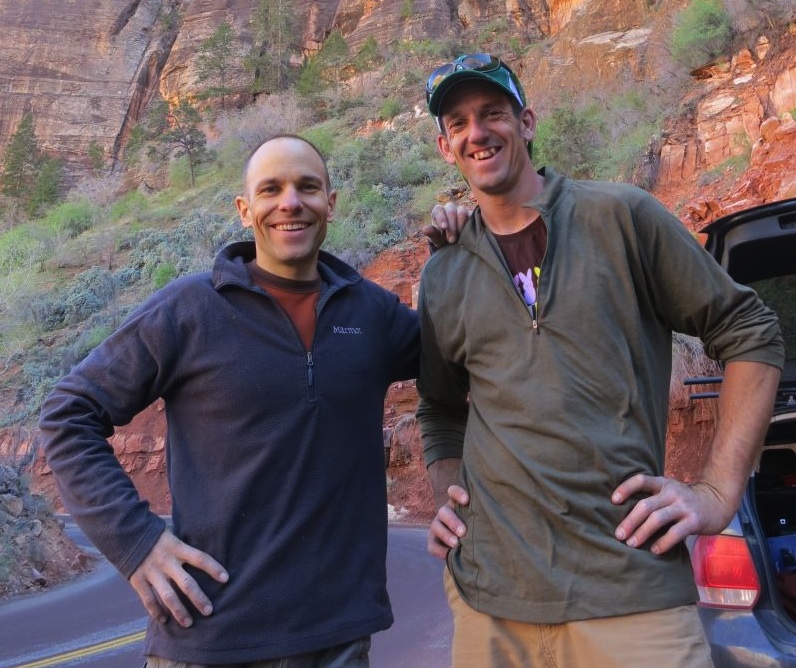 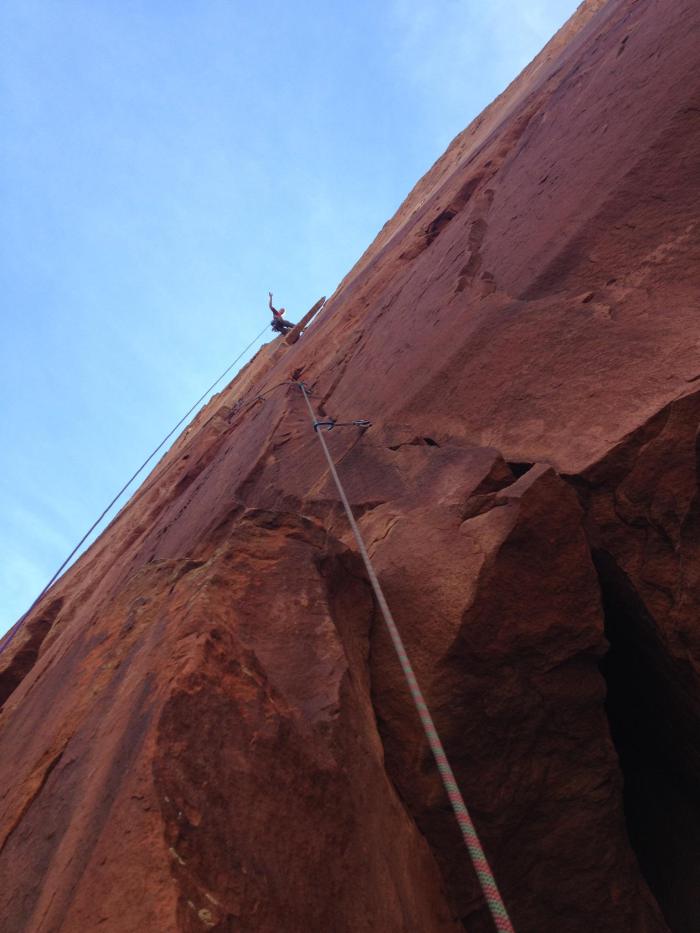 Anderson eventually came to a stop about 30 feet lower. His purple TCU ripped out, but he was caught by the piece below, with only two cam-lobes engaged. After a 10-minute rest, he started up again, faster and more confident this time. He rested on gear to find better placements and beta, then lowered once again, to Bird’s surprise, to send the pitch bottom up.

Anderson then took on the bold, run-out slab and sandy cracks of pitch three and the powerful, arching leftward traverse of pitch four.

“When I stood on the flake, the pitch was over, and I was at the summit of the wall,” wrote Anderson. “After eight years of longing, I had finally done it, and I couldn’t be happier!

“It’s not a true Zion experience unless there is some funky/scary weirdness to deal with somewhere on the route!”