Carl Battreal” src=”https://d1vs4ggwgd7mlq.cloudfront.net/wp-content/uploads/Article-Images/News-Photos/May-2014/Jennings.jpg” />Ryan Jennings and Kevin Cooper of Colorado have established an impressive new 4,000-foot alpine route, Stairway to Heaven (Alaska 6 A1 M6 WI4 AI5+), on Mount Johnson, the Ruth Gorge, Alaska. The route, on the direct north face, was a culmination of a nearly 20-year dream, accomplished by two seasoned alpinists.

Jennings, 40, tells Rock and Ice, “To never go attempt your grandest dreams, those you spent years training for, seems a travesty. So we determined we had to find a way. We had to go.”

More than 20 peaks, 3,000 to 5,000 foot granite monoliths, line the 35-mile Ruth Glacier. On Mount Johnson, only a handful of routes have ever been climbed including a guided ascent by Gary Bocarde in 1979 via the south ridge and the Elevator Shaft in 1995 by Doug Chabot and Jack Tackle. The direct north face had been attempted by the Alaskan veteran Andi Orgler in July of 1990 as a rock climb, but lacked protection.

Jennings and Cooper had hoped to attempt the line in May of 2003, but were shut down by anchor failure while rappelling their warm-up route, Shaken Not Stirred on the Moose’s Tooth, injuring both and ending their trip.

Jennings and Cooper continued to dream of the route, but returning was a hard decision.

“We are both getting on in age and both have children,” Jennings writes in an e-mail to Rock and Ice. “I personally have gotten to a point in climbing where I contemplate risk versus reward every time I head out.” He and his partner took a big-picture perspective. “Kevin and I started setting our sights on our biggest lifelong goals in an attempt to focus our remaining energy and utilize all that we have learned over roughly 15 years climbing ice together.”

The weather was on the team’s side this season, with minimal snowfall and above-average temperatures. The two allotted two and a half weeks to attempt their line. 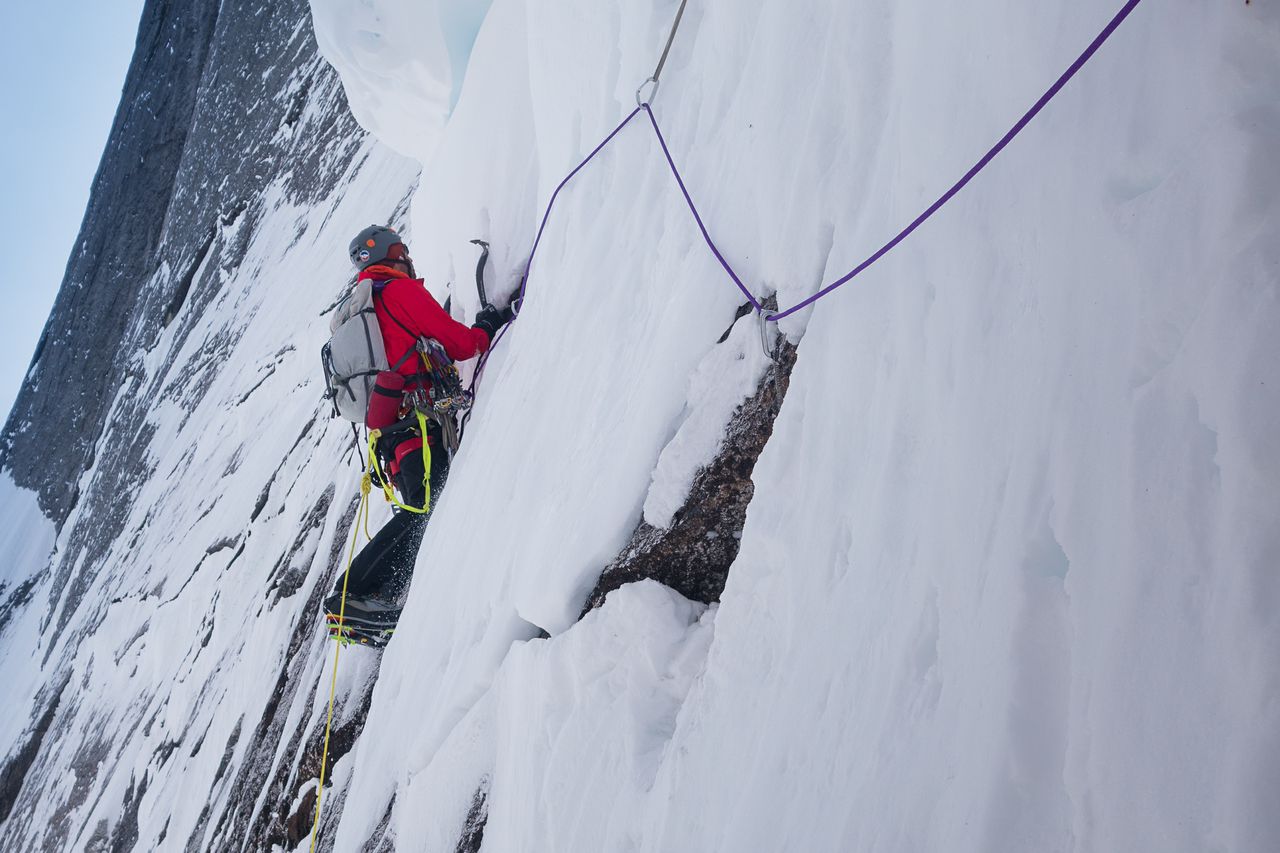