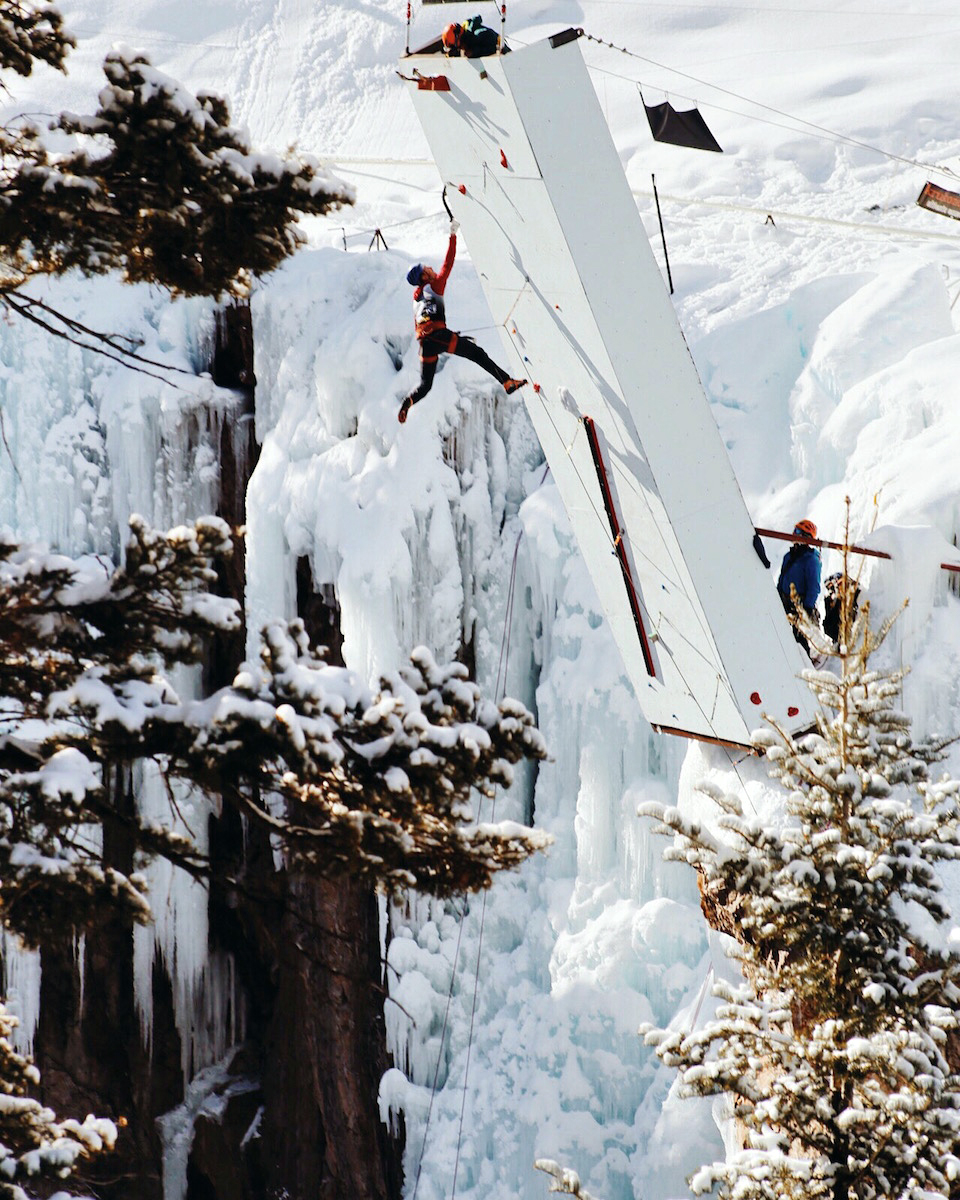 Despite a massive burst in the water penstock above Uncompahgre Gorge, the 2016 Ouray, Colorado mixed climbing competition, just downstream, didn’t skip a beat. From 9 a.m. until 3:30 p.m. this
Saturday, competitors charged up the half natural, half artificial comp route. Thirty-three climbers from around the world went head-to-head but only
one completed the climb.

This year’s comp route began on a Jeff Lowe mixed climb that transitioned into an overhanging artificial wall made of plywood, gym holds and a metal torqueing
crack that spit out many of the top competitors.

After a near slip at the top, Ryan Vachon, from Boulder, Colorado, lifted the symbolic mountaineering axe from its stand—the unique finish for the
route—claiming victory. Vanchon, 43, was the only climber to reach the top.

His look of surprise, and huge smile, could be seen across the gorge. One friend described Vachon as “the ultimate weekend warrior. He’s a total darkhorse,
with a full time job but he’s ridiculously strong and crushes M14.”

Vachon works as a scientist and educator in the Boulder area. He placed seventh in last year’s Ouray mixed competition.

Sam Elias, famous for his beater fall at the 2011 Ouray mixed comp—captured forever as a Rock and Ice Weekend Whipper—took second overall this year, followed by Kyle Dempster, in
third for men.

Lucie Hrozová cleared the torqueing crack, but pitched off a few moves above after a dyno attempt from an undercling. Hrozová, 27, from the Czech Republic,
took first place for women and third overall.

Angelika Rainer, shut down by the crack, came in second place for women, followed by Katie Bono in third.

Kurt Ross took first for the men, followed by David Lee in second and Elias, with another podium finish, in third. On the women’s side, Beth Goralski took
first, Rainer second—once again—and Hrozova, also back on the podium, in third.

Watch the highlights of the 2016 Ouray Mixed Climbing Competition: