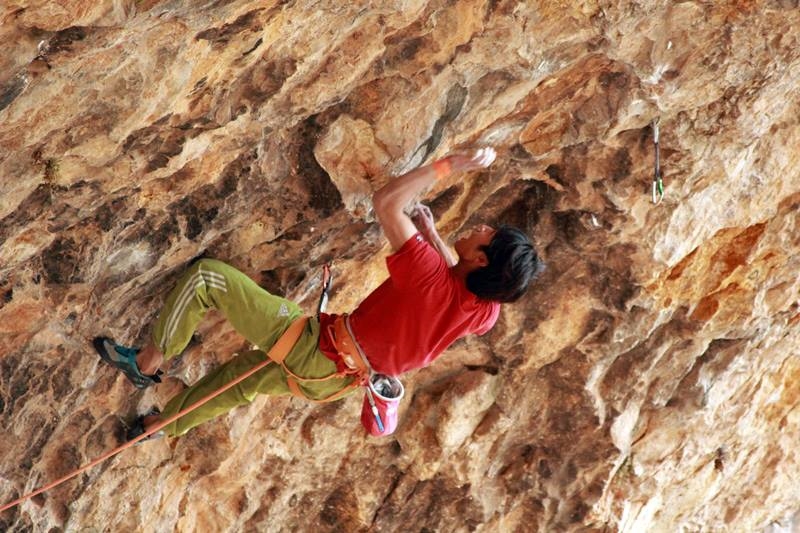 Sachi Amma has continued his sending spree with an acsent of Catxasa (5.15a)—a route bolted by Dani Andrada and first climbed by Chris Sharma in 2011—on his third go of the trip, fourth attempt altogether with one the year before.

Amma was working Stocking the Fire (5.15b) along Adam Ondra in Santa Linya, but according to Facebook, “…was a bit tired to make a try on it today,” so “went for Catxasa.”

On Facebook, he wrote, “I had big fight on the first crux and at the last, but I made it. Sending [5.15a] on my 4th go is my best performance ever!”

According to 8a.nu, Sachi has sent five routes between 5.14d and 5.15b within a two-week time period, on par with Adam Ondra’s best performance.