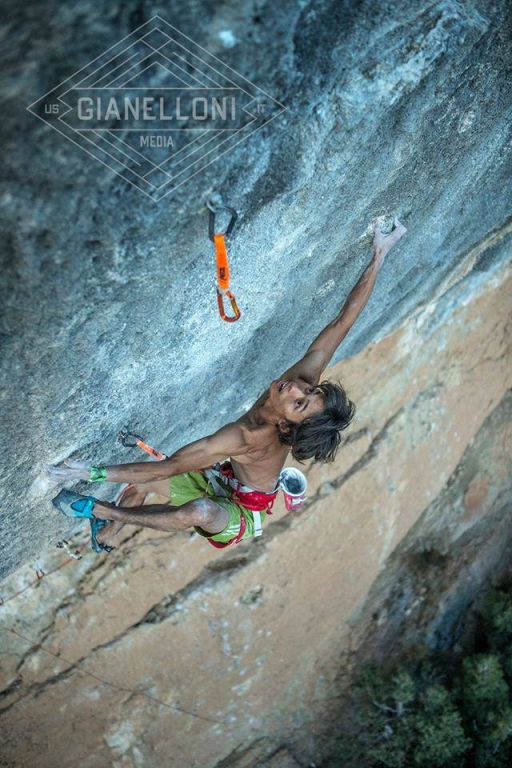 On February 1, Sachi Amma made the fourth ascent of Chris Sharma’s Fight or Flight (5.15b) in Oliana, Spain. Amma needed more than 25 attempts spread over four trips to send the route.

“Oh my god … it happened finally,” wrote Amma on his 8a.nu scorecard.

On his Facebook page Amma posted, “I was changed a lot through trying this route. This route makes me bigger as a human. Thanks a lot for everyone who cheers me.”

After Fight or Flight, Amma climbed Joe-Cita (5.14d); his third route 5.14d or harder within a four day time period, having climbed Seleccio Natural Left Exit (5.14d) in the massive cave of Santa Linya on January 29.

Amma is a 25-year-old student from Japan. He is also a successful competition climber. He won the lead-climbing World Cup in 2012 and 2013, and placed third in 2014.