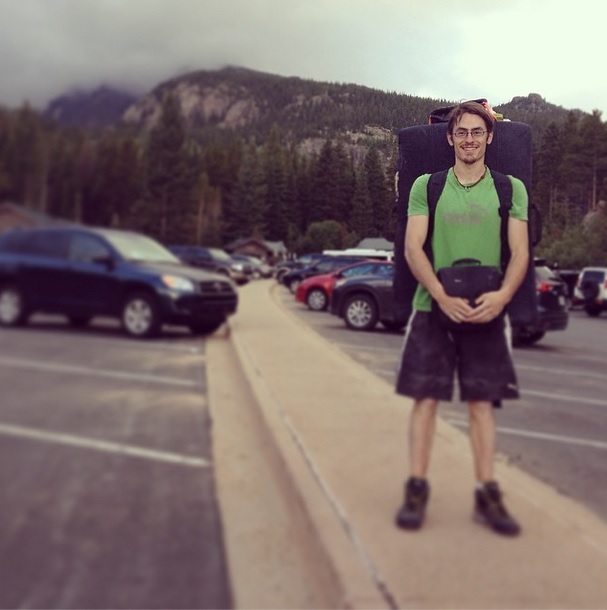 “I expected to be bleeding after every try that day,” Davis wrote in an e-mail to Rock and Ice. “I had stuck the crux from one move in the week before and then tried from the start until I got a large split. Luckily the skin held out long enough to send this week.”

This problem, notoriously crimpy and brutal on skin, was originally called the Green 45 Project until Daniel Woods made the first ascent in 2007, and named it Jade, suggesting a grade of V15. Carlo Traversi made the 6th ascent of Jade, and downgraded the problem to V14 in 2010, however. Jade was Traversi’s first problem harder than V13, which factored into his decisive downgrade.

“As for the grade: I see this as the next level for me, so 8B+ (V14) seems appropriate,” Traversi wrote on 8a.nu. “I normally avoid crimps like it’s my job, so how could I skip a grade in the style that I’m worst at?”

Davis agrees with Traversi’s downgrade. However, unlike Traversi, Davis said that Jade, “definitely played to [his] strengths.”

Jade’s crux is the second move, and revolves around a bad, right-hand crimp, notched just enough to catch your index finger. Woods describes the hold as a “death chasm,” in the FA video below.

“It took a second to register I was still on the wall when I stuck the crux move, and then I had to stop thinking and just do the next two moves which were the only ones you could fumble before climbing jugs for the last 10 feet,” Davis wrote.

Davis says has been projecting this problem all summer, training during the week and heading out to Upper Chaos Canyon on the weekends. He has also been projecting Top Notch (V13) during his weekend sessions.

Davis has sent several V14s (Esperanza, Blood of a Young Wolf and Neon Desert), all in Hueco Tanks, where he lives during most of the year.