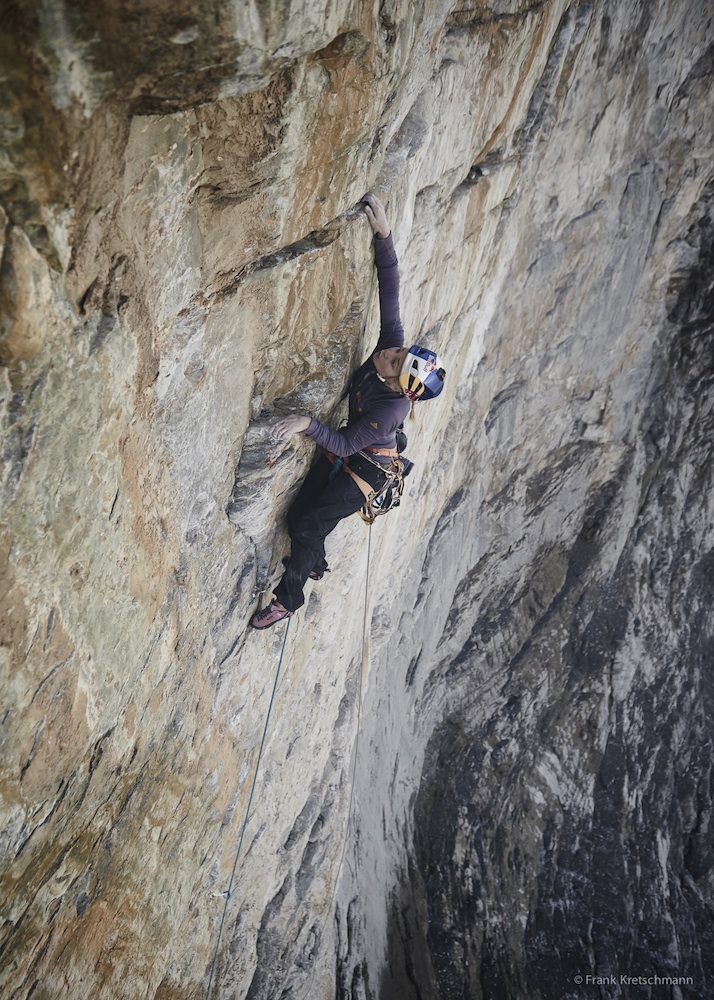 After weeks of preparation and bad weather, Sasha DiGiulian and Carlo Traversi will make their bid for the 23-pitch, 3,000-foot La Paciencia (8a/5.13b) on the North Face of the Eiger in Switzerland. They begin their summit push tomorrow.

The Eiger North Face is notorious not only for its difficulty, but also for heavy rockfall and rapidly changing weather conditions. DiGiulian and Traversi will have a short weather window, with storms forecasted for Sunday afternoon.

Unlike other routes on the Eiger, Paciencia doesn’t follow natural crack features. In essence, it’s a massive bolted sport climb up the Eiger’s limestone face. Of the 23 pitches, seven are 5.12a or harder, with a 5.13b crux, and the easiest runs at 5.10b.

In 2001, Stephan Siegrist and Raul Bayard envisioned the line and began bolting. Ueli Steck continued the project with Siegrist in 2003. Their main goal was not an “alpine-style ascent,” Steck reported to Alpinist magazine, but “of establishing a great sport route.

“The route is not finished until it’s free climbed—for me, the big challenge is not just to put up a new line on the Eiger, but to free it.”

Though Siegrist and Steck finished bolting in 2003, it was five years before they gunned for a free ascent. On August 29, 2008, they set out, trading leads on easier pitches to move faster. They bivied on route and topped out at 2 p.m. the next day. Siegrist led seven pitches and Steck led sixteen—Steck met his challenge and freed the entire route. 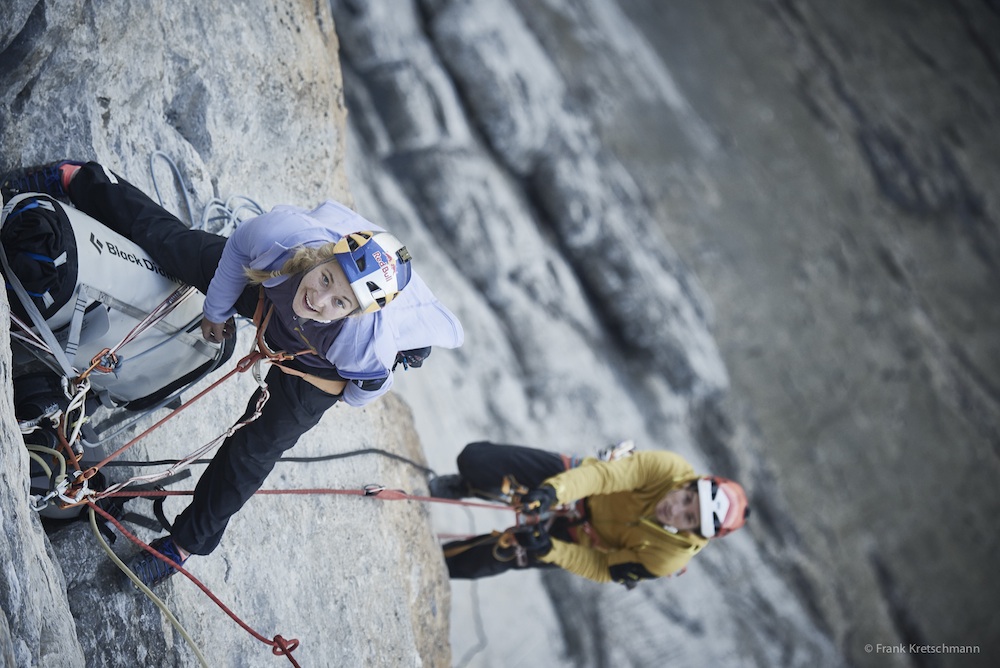 “My weaknesses include my fear and, on this mountain, my lack of much experience in alpine climbing,” DiGiulian said in an interview with VICE Sports. But, she added, “I consider my strength in climbing to be my willingness to try.”

Stay tuned for real-time updates of their progress on the route.

Eiger Dreams: The Summit Push from Rock & Ice on Vimeo.