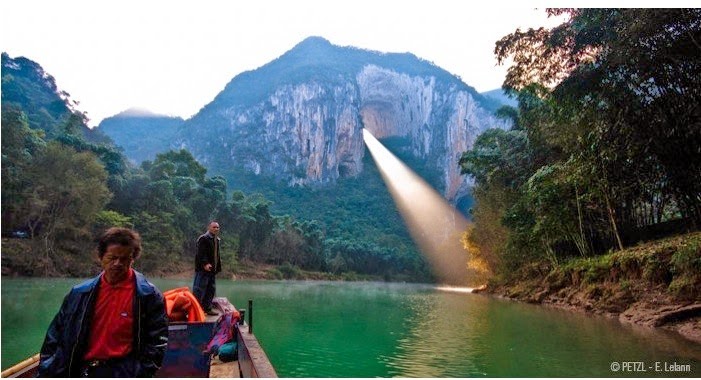 China’s magical Getu National Park, situated in the southwestern province of Guizhou, is a 70-square-kilometer geological wonder and an ecological sanctuary. It has a majestic cave, enormous karst caverns, complex underground river systems and rare species of swallow, fish, hemp, and bamboo. 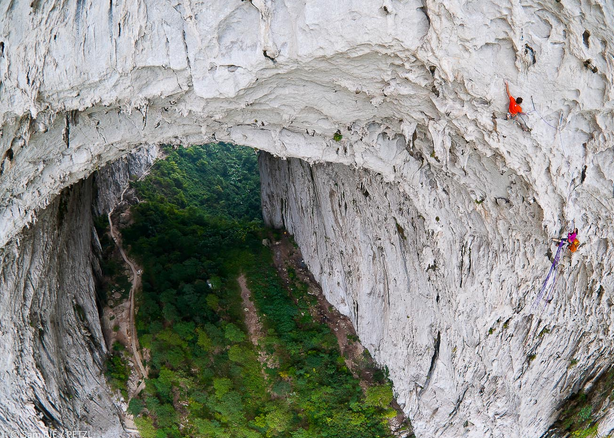 For the last two years, developers backed by government officials have relentlessly destroyed the lower cavern system, cemented stairs into the ancient walls once scaled only by the gliding swallows and legendary locals using stick ladders, constructed a suspension bridge and a glass elevator. 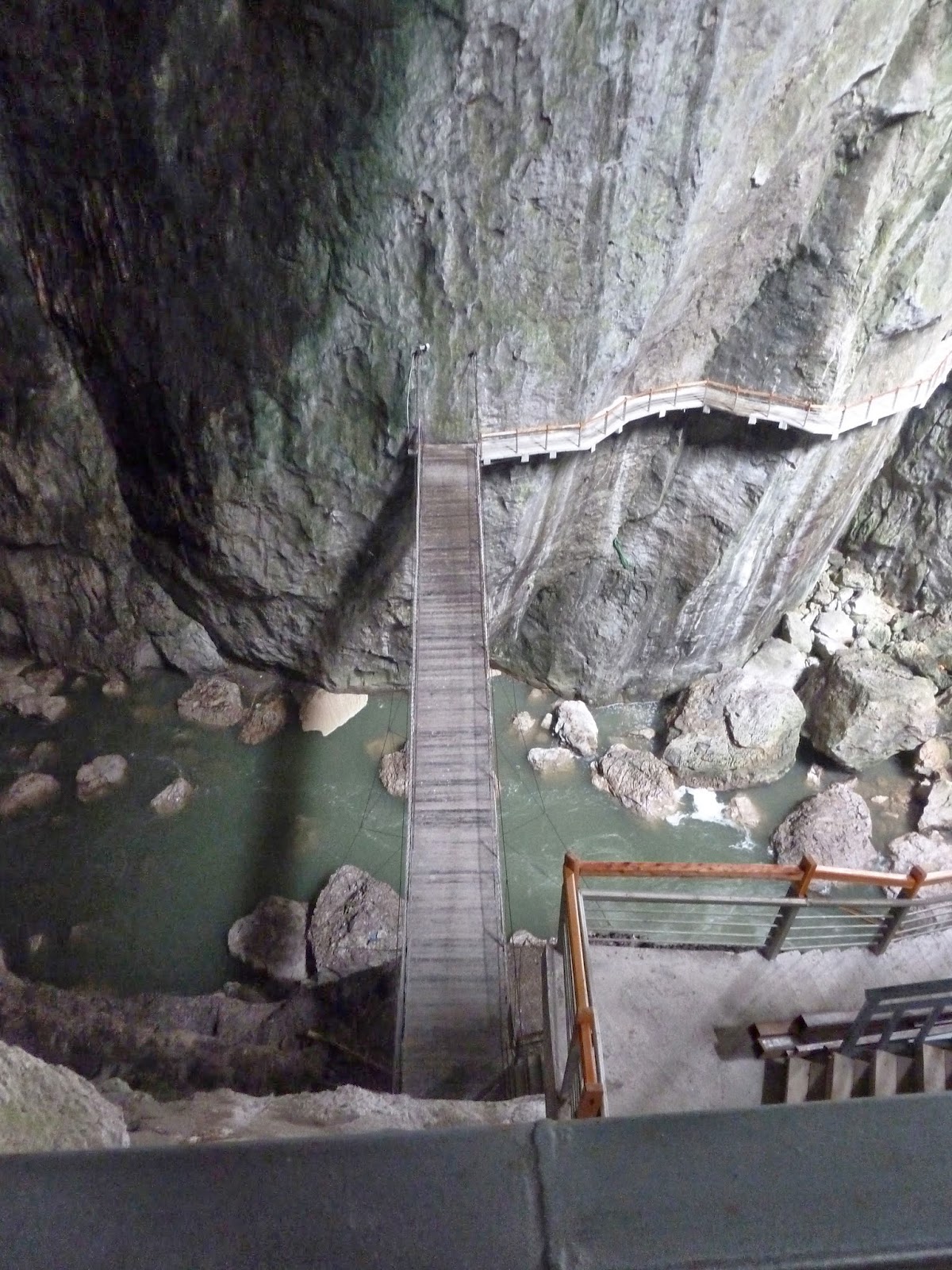 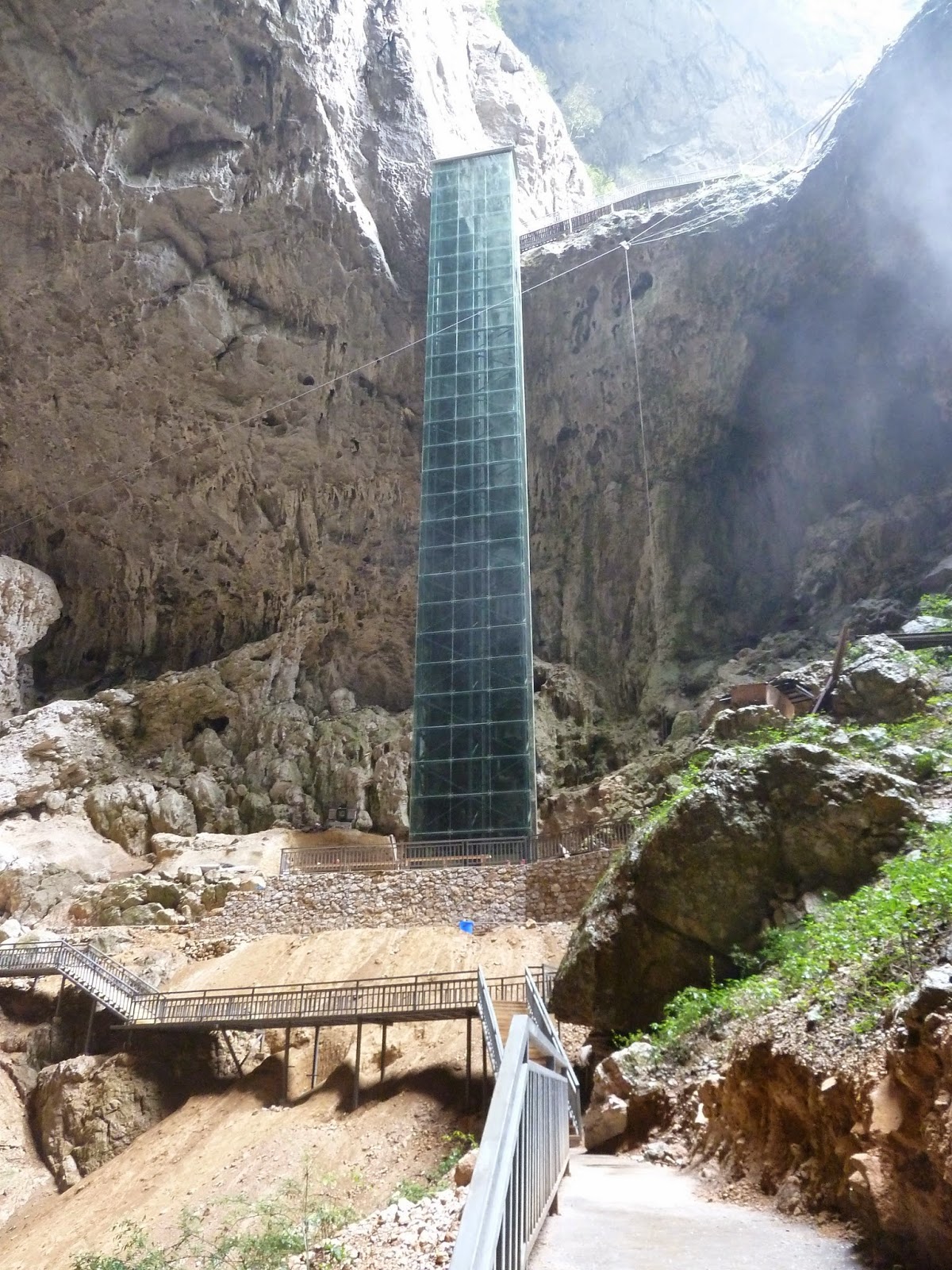 To construct the expanded parking lots and gates, so throngs of visitors can conveniently drive into the peaceful valley, developers and officials forcibly appropriated hundreds of acres of farm and forest land from the locals, many of the ethnic Miao descent. Local people’s protests were suppressed by police deployed by the local officials. Four most vocal leaders were jailed for 10 days.

Now the damages to the lower portions of the caves done, developers have moved for the “holiest of the holiest,” the Chuanshang, or Through Upper Cave, under the Great Arch! Workers are already clearing the delicate vegetation to make site for a hotel and restaurant!

The following two photos were taken on April 10, 2014. Within a few days, more irreparable damages will be done! This destruction must be stopped immediately! 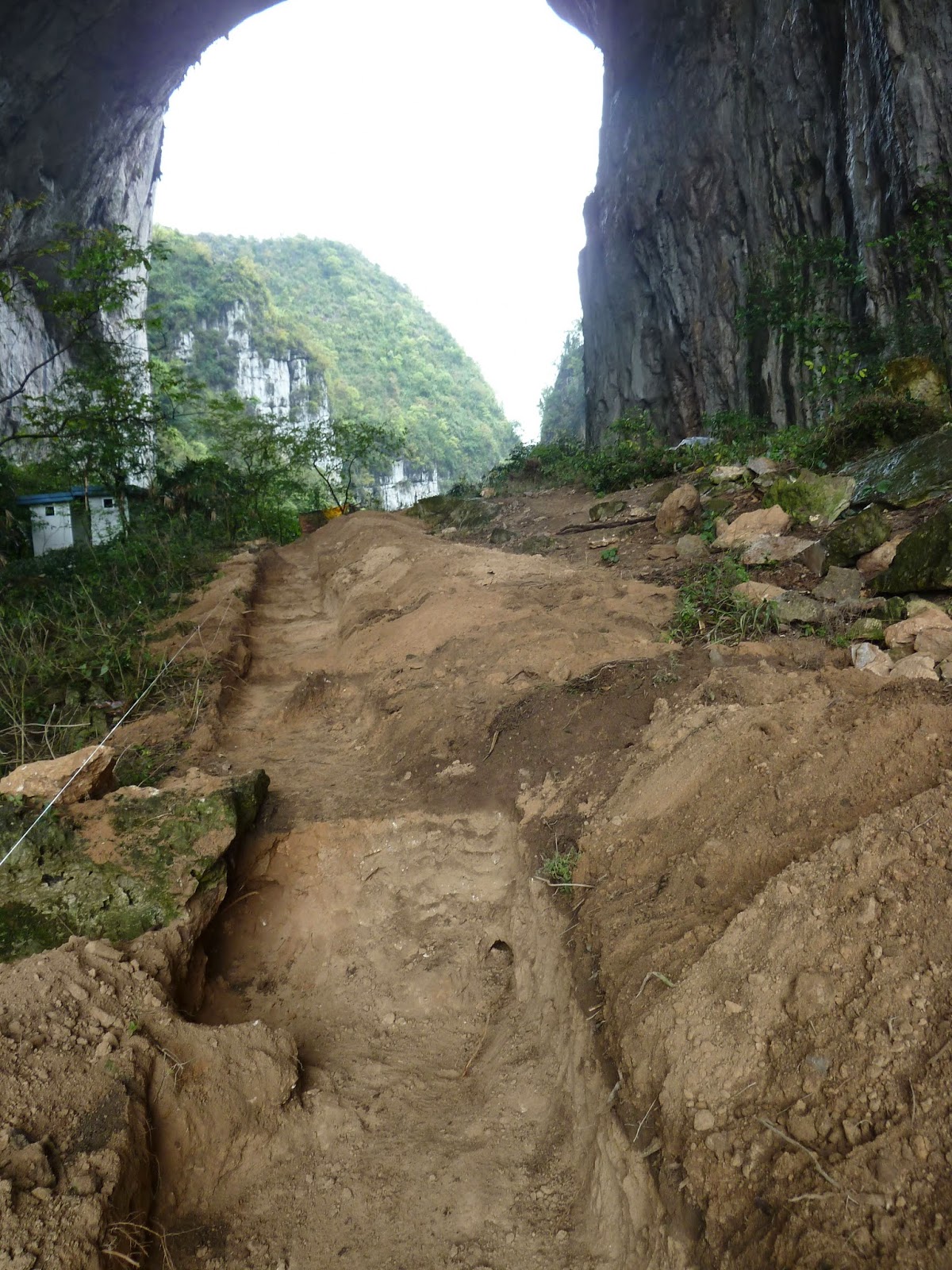 Please help make the world aware of what is happening to this sacred site, forward this to your friends, your local Chinese consulates, UNESCO, WWF, to anyone who loves and cares for all that are natural, beautiful and just.

This article was originally published on http://www.savegetu.blogspot.com/