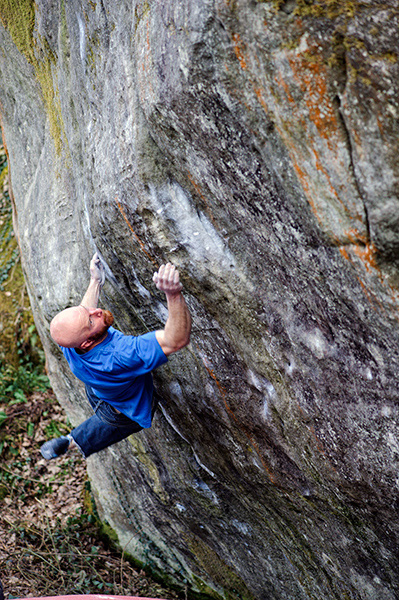 his European send fest by repeating Nalle Hukkataival’s Realist as well as repeating Elephunk (V13) during the same afternoon in Fontainebleau.

“It’s a funny problem,” says Schulte of Realist. “When Nalle put it up he thought maybe V13/14, but someone much taller has apparently repeated it using a big hold out right that’s way out of reach for the average sized person (and it was hidden by moss.)”

“It was -4 degrees Celcius (25 degrees Farenheit), so pretty sticky,” says Schulte. “And [Realist] was made for me. Probably close to V12? Reminds me of Kheops (V13), but longer and less technical.”

Schulte is still in Fontainebleau where he continues to work his long-term project The Big Island (V15).