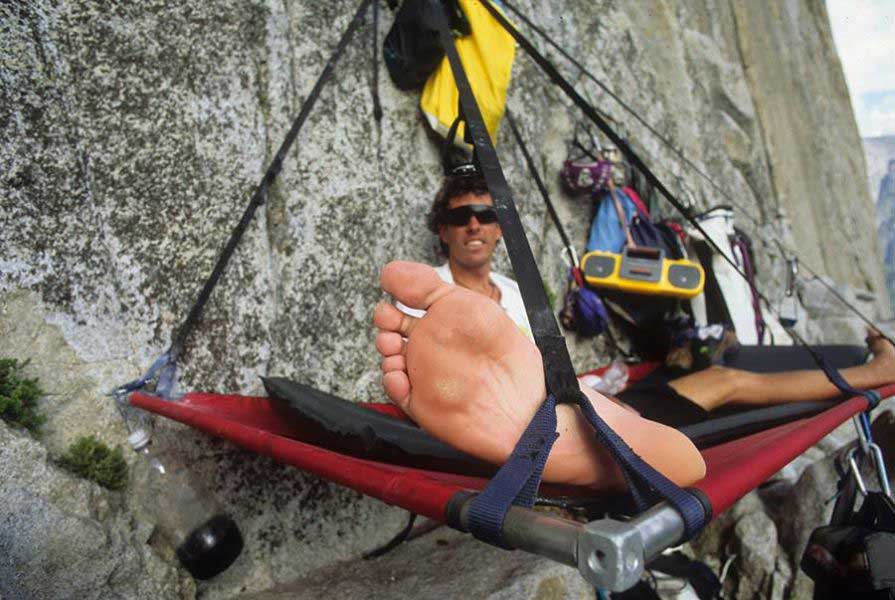 Scott Cosgrove, a leading climber of his era in many genres, emerged today from another in a series of surgeries for severe injuries sustained in a rigging accident on October 2.

According to a Facebook post by Cosgrove’s friend John Long, the accident occurred in an airplane hangar in the North San Fernando Valley, California, as Scott and others rigged a line to a structure 30-plus feet up. Cosgrove fell out of a Condor Crane hoist, straight onto a concrete floor.

Long wrote: “By the looks of his injuries he broke the fall with one hand and one leg, getting open (compound) fractures above one wrist and below one knee, transitioned into a face plant, basically shattering every bone in his upper face, including a ghastly open skull fracture, then body slammed, breaking all kinds of ribs, etc. … many internal breaks (ribs etc.) but astonishingly, no major organ damage, no spinal issues and aside from swelling on the brain, requiring a drainage tube/stint, no significant brain damage.”

Though in critical condition, he is expected to recover.

Kurt Smith, another longtime friend, reports that Cosgrove has come out of his coma and, though still heavily sedated, is said to be responding. His mother and sister are with him now.

“He is really, really strong,” says Smith. “He has always defied the doctors and will again. This is the most severe, but he’s been through some brutal things in the past and I feel like he can get through this one, too.”

In 1992, while returning home to California from a winter outdoor-industry trade show in Utah, Cosgrove was involved in an auto accident on icy roads and shattered his ankle, to the extent that his ability to walk again was in doubt.

Yet only two years later, in a two-month effort in 1994, he and Smith freed 31 pitches (stopped by “about 30 feet,” according to Smith, on pitch 32) of the Muir Wall on El Capitan, Yosemite, climbing up to 5.13b. That same year they and Jeff Jackson traveled to the Yukon, northwestern Canada, and established the 24-pitch Yukon Tears (5.12c) on Mount Proboscis.

Cosgrove and Smith were young friends and competitors, with early repeats of both the runout Bachar Yerian (5.11 R) in Tuolumne Meadows and the famous V8 boulder problem Midnight Lightning, Camp 4, Yosemite.

In 1987 Cosgrove and Dave Schultz made the first free ascent of what Smith calls “probably the boldest ground-up free climb ever done in Yosemite,” the severely runout 14-pitch Southern Belle (5.12c) up the huge and remote South Face of Half Dome. The route contained a meager 30 bolts.

In 1989 to 1990, over two months Cosgrove and Jay Smith climbed a new 18-pitch route, The Wild, Wild West, on the Central Tower of Paine, Patagonia.

He has guided trips to Jordan, the Himalaya, Alaska, Canada, Thailand and Australia, according to his website, which also lists 28 ascents of El Cap. He was part of the Yosemite Search and Rescue team for eight seasons, the site states.

Cosgrove’s, Smith’s and Long’s Facebook pages are all loaded with get-well messages.