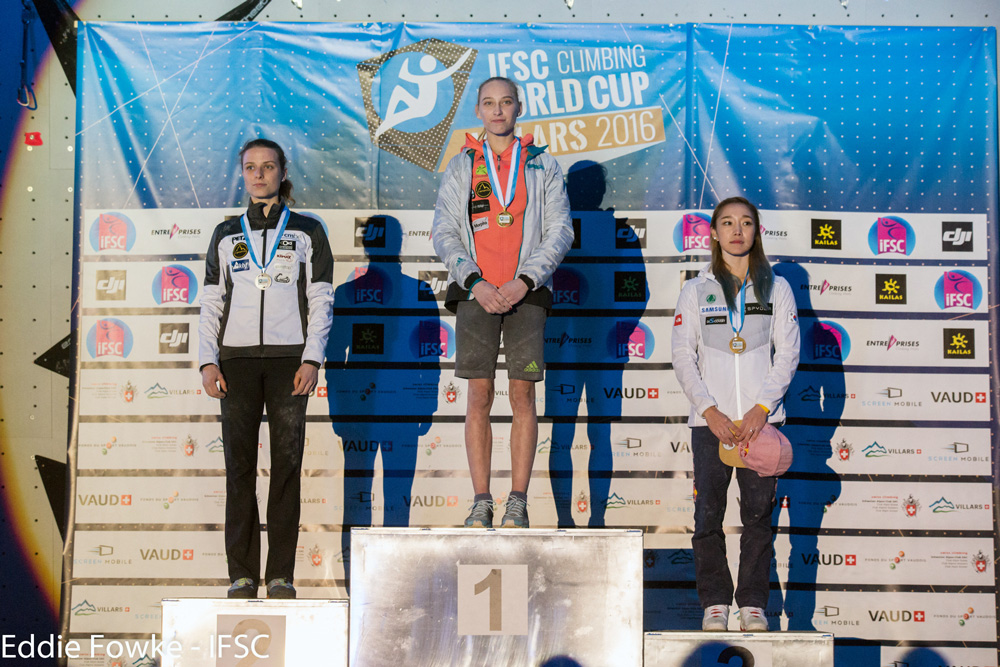 It was déjà vu for the women’s lead competition at the 2016 IFSC Lead and Speed Climbing World Cup hosted
in Villars, Switzerland this weekend. The venue might have changed, but the podium remained the same.

With two lead world cups in the books this season, Garnbret has won every qualifying, semi-finals and finals round so far.

“What can I say?!! Taking the second victory in front of an amazing crowd was just unbelievable!!” Barnbret wrote on Instagram. “Awesome support from the
crowd gave me an extra boost for the ‘big move’ where four other girls fell. I hope the route was as good to watch as it was to climb!! Looking forward
to compete in Briançon in a few days!”

Garnbret’s highpoint in finals earned her 48+ points, which put her ahead of Verhoven and Kim who each accumulated 41+ points. Verhoeven took second place
since her faster time broke the tie with Kim, who landed in third. 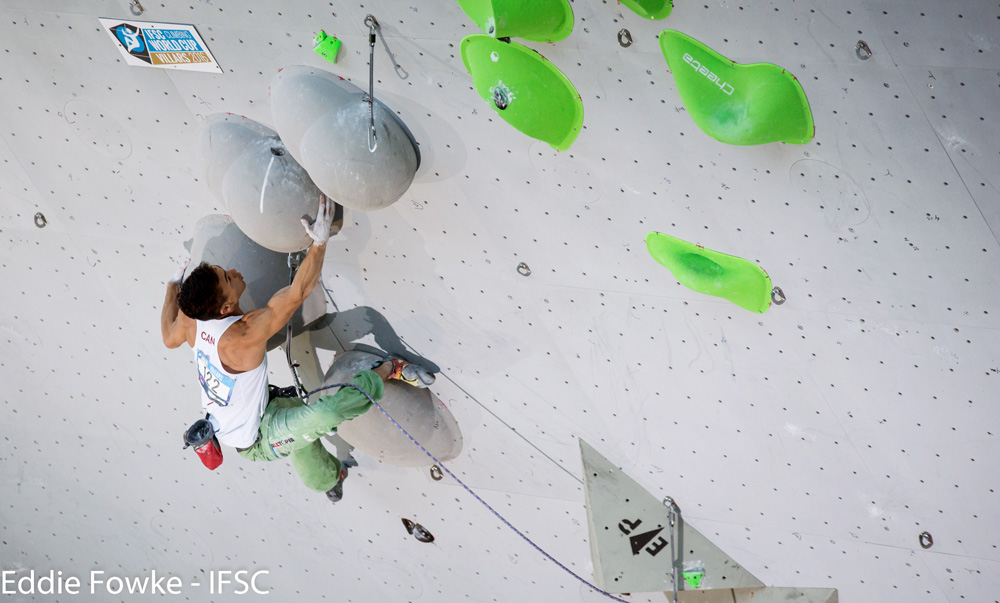 On the men’s side, Canadian climber Sean McColl had an exciting victory in finals. He fumbled with
his feet low on the first qualifying route and fell on the next move because of wasted energy. But McColl was able to keep his head together for Q2
and flashed the route to qualify for semi-finals and then on to finals, where he racked up 28+ points.

“There were many different pieces of this puzzle that aided in my victory this weekend,” McColl wrote on Instagram, “although in the end I still needed
to stay calm, climb my best and avoid making mistakes.”

This was McColl’s first world cup victory since 2012. 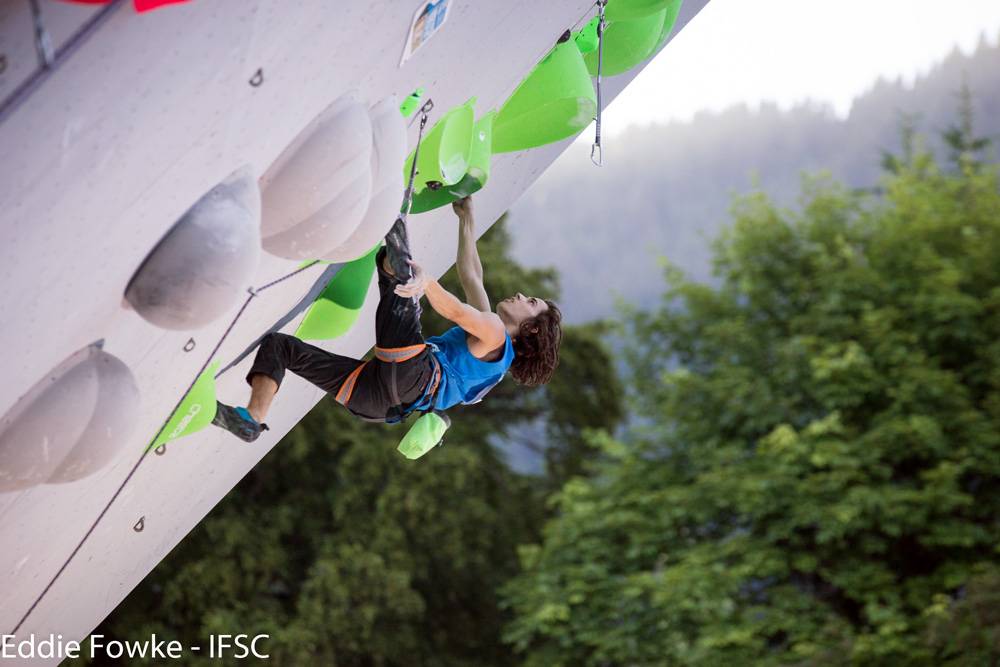 Representing
team USA, Sean Bailey qualified for finals in the sixth position and landed in fourth overall. It was his first time to make finals at a world cup.

“Since I started this game in 2007 I dreamed of finding myself in a world cup final,” he wrote on Instagram: “Somehow deep inside I found the strength
to know my 10,000 hours would pay off. One more step in the journey. This is just the beginning. Congrats to [Sean McColl] for the win, that was some
damn impressive climbing. Stay hungry … hard work pays off.”

The next IFSC Lead and Speed Climbing World Cup will take place July 22 and 23 in Briançon, France. Check back for live streaming of semi-finals and finals.