Last Wednesday Sean O’Neill became the first paraplegic to climb Bridal Veil Falls (WI 5/6) in Telluride, Colorado. O’Neill, has been paralyzed from the waist down since he was 25-years-old. He began climbing at the invitation of his brother and pro-climber Timmy O’Neill, and has since pushed the limits of what is considered possible for disabled climbers. Together the brothers have climbed Devil’s Tower in Wyoming, Castleton Tower and The Tombstone in Utah and El Capitan in Yosemite, which he’s successfully ascended three times. Last year he became the first paraplegic to lead climb. He also develops equipment that helps paraplegics actually climb instead of jugging a line.

Sean’s partner for this climb was Ouray climbing guide Andres Marin. They met last year at the Ouray Ice Climbing Festival and joked about how every placement with an ice tool is a “maybe.” Determined to send his first multi-pitch ice climb, O’Neill asked for advice and help from Marin who decided that Bridal Veil Falls would be perfect. The three-pitch, 365-foot route was a very ambitious undertaking considering the slow progress of what Sean calls sit-climbing. To save time he climbed the majority with ascenders. However, he was allotted half-an-hour to test his aid-techniques which involve using pulley tethers on ice-axes. Sean admitted that his systems did not work ideally, but instead of getting frustrated he just enjoyed every placement he made.

“It was sublime ice time with the tools,” O’Neill said in an interview with Rock and Ice. “That half-hour was very precious and magic the whole way.” 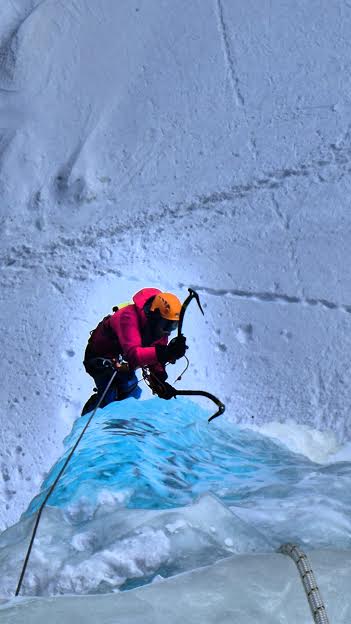 O’Neill began climbing at 10a.m. and was back to the car by 6 p.m., and called the outing “a major success,” since he was able to stay within his acceptable level of risk. According to O’Neill there were about 30 people who contributed to make this climb possible; from those who helped financed the trip, to the snowmobile drivers who helped get him safely to and from the climb.

When asked why he thinks so many people want to be involved in his climbing life, he said: “Because people know what it’s like to be on either side of success and failure of a climb. People who come out to help feel part of that goodness [when I succeed] also.”

O’Neill’s eight-hour ascent of Bridal Veil Falls was documented by his brother. The footage that Timmy captured of Sean’s climb will be featured in a short film, coming out this spring, examining the subject of struggle. Timmy is also the co-founder and executive director for Paradox Sports—a non-profit organization based in Boulder, Colorado, that “seeks to recognize and foster an individual’s potential and strength, defying the assumption that people with a physical disability can’t lead a life of excellence.”

Sean, who is based out of Maine, participates with Paradox Sports as much as possible. 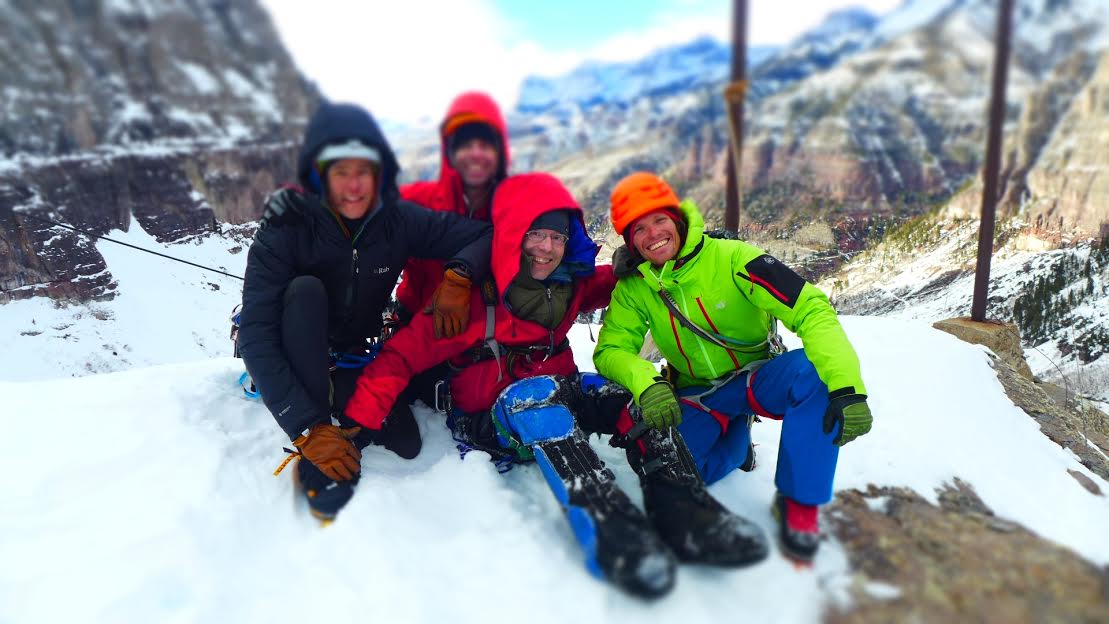 “It’s a deadly serious opportunity,” he explained, “to have a sense of well-being and help take care of myself. I might not take as good of care of myself if I did not have this connection with other people. It feels wonderful to give back.”

Sean has got a lot planned for the coming year. On top of helping with Paradox Sports events, Sean intends to return to the Salathe Wall on El Cap this fall and hopefully lead some sections of the route. When asked if he plans on returning to Bridal Veil Falls to try out more of his aiding systems he says, “170 percent, yes.”