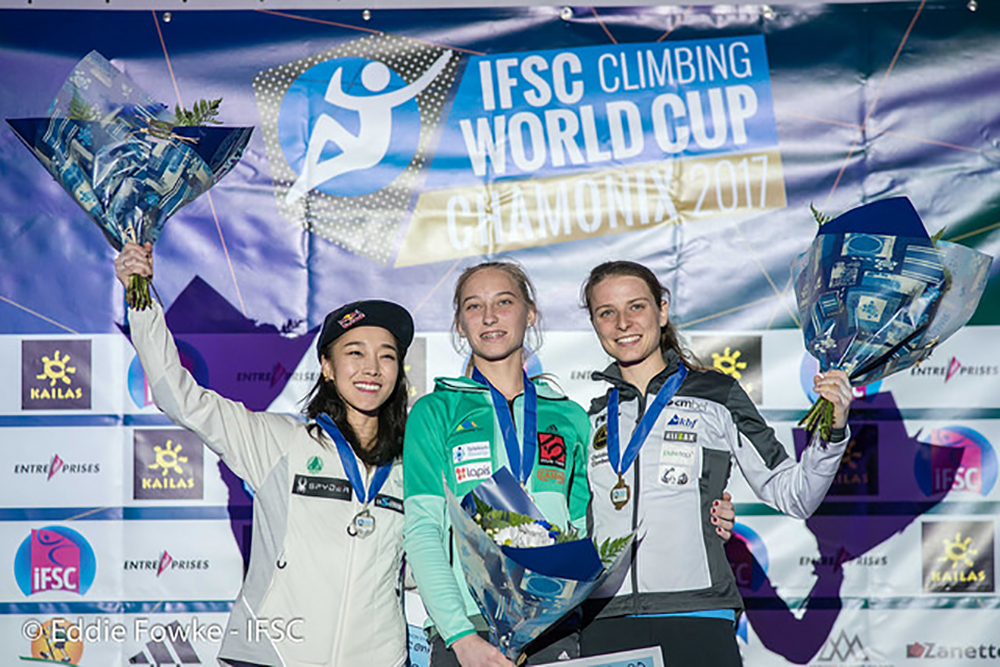 Janja Garnbret of Slovenia has once again claimed gold, her second consecutive win, at the IFSC Lead World Cup in Chamonix, France this week. Italy’s Marello Bombardi won the men’s event
for his first ever world cup medal, despite it being his first time to qualify for finals.

The male finalists Yuval Shemla of Israel and Löic Timmermans of Belgium and female finalists Tina Johnsen Hafsaas of Norway, Ievgeniia Kazbekova of Ukraine
and Mia Krampl of Slovenia were also first-time finalists, and Shemla was the first Israeli athlete to make a final round. 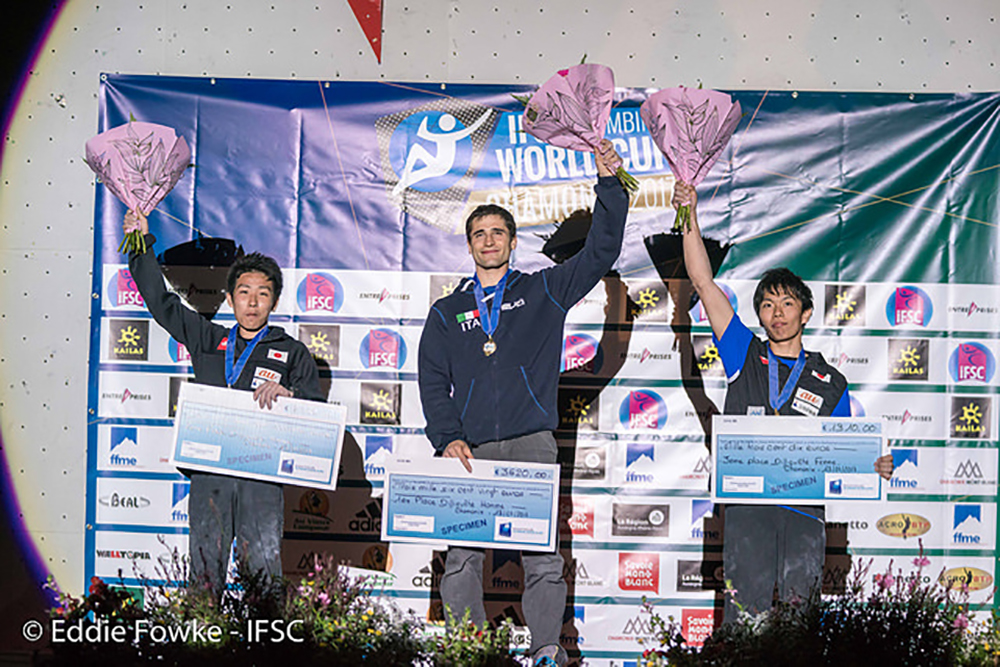 Subsequently, time was employed as a tie-breaker. Bombardi had ascended final route in 4 minutes 16
seconds, over a minute faster than Korenga, which gave Bombardi the edge and earned him the top podium spot and his first ever IFSC Lead World Cup
gold.

In the women’s event, Garnbret, Jain Kim of Korea and Anak Verhoeven of Belgium all topped the final route. However, Garnbret’s perfect scorecard meant
there was no uncertainty regarding her victory.

The next and third IFSC Lead World Cup of the season will be held in Briançon, France July 28th and 29th. Stay tuned.

Watch the highlights from finals: