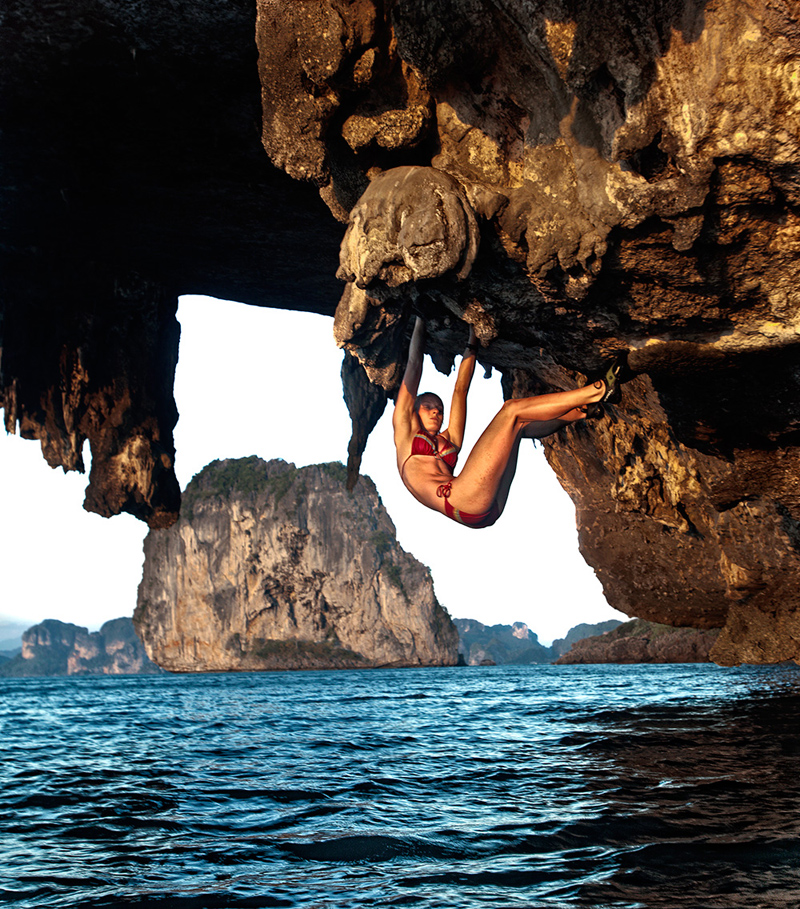 No ropes, harnesses or bouldering pads will catch falling climbers at the Psicobloc Masters Series, which will be America’s first official deep water soloing competition. Taking place from July 28 through August 2, in Park City, Utah, the competition will be stacked with the world’s strongest climbers as they battle head to head on a 50-foot wall overhanging the 750,000-gallon aerial training pool at the Utah Olympic Park. And with deep water soloing guru Chris Sharma on board as an Event Organizer, the competition seems slated for greatness.

“I’m really excited to be bringing this new and exciting form of climbing competition to the Olympic Park,” stated Sharma in a recent press release. “[T]his will be an unforgettable experience for everyone who attends.”

The Psicobloc Masters Series will include both a men’s and women’s division and will follow a “duel” style format, where two competitors simultaneously climb identical routes. The climber who reaches the highest hold or makes it to the top of the wall first will then advance to the next round. And with a $20,000 cash purse–the most of any climbing competition this year–competitors are guaranteed to be hanging on with everything they’ve got.

The Psicobloc Masters Series is also coinciding with the end of the 2013 Summer Outdoor Retailer Show, which will take place in Salt Lake City, Utah, from July 31 through August 3.

“We are thrilled to be involved with this phenomenal event,” stated OR Show director Kenji Haroutunian, who partnered with Event Organizers Chris Sharma, Mike Beck and Kevin Bradburn to create the competition. “I can’t think of a better way to conclude the OR Summer Market.”

Sharma also adds that he feels deep water soloing is the next step in the evolution in competition climbing. “For years we’ve talked about how this format will be the way of taking climbing to the mainstream,” he says. And according to Sharma, this year’s Psicobloc Masters Series is going to “blow everyone’s minds.”