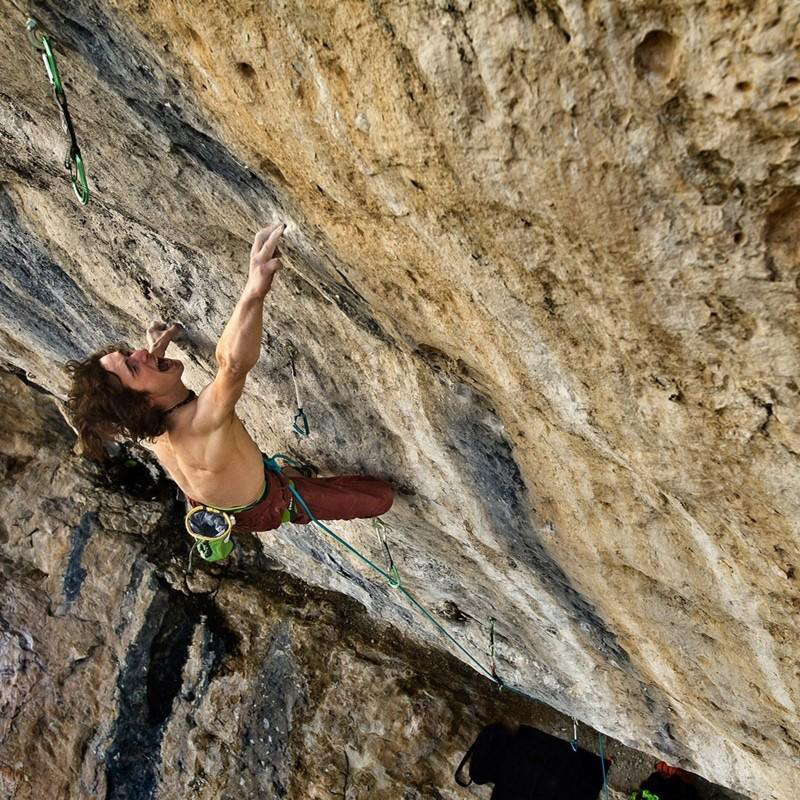 But Chris Sharma, who bolted La Dura Dura [The Hard Hard], has also climbed through the powerful beginning boulder problem. However, Ondra’s attempt yesterday marks the route’s highpoint, which is only halfway up the 165-foot route. But as one bystander reported to 8a.nu, “[Ondra] dominated Oliana today, and for sure he will send it this weekend with better conditions.” Check out this photo of Ondra climbing through the bottom crux, taken yesterday during his highpoint-go by Bernardo Gimenez.