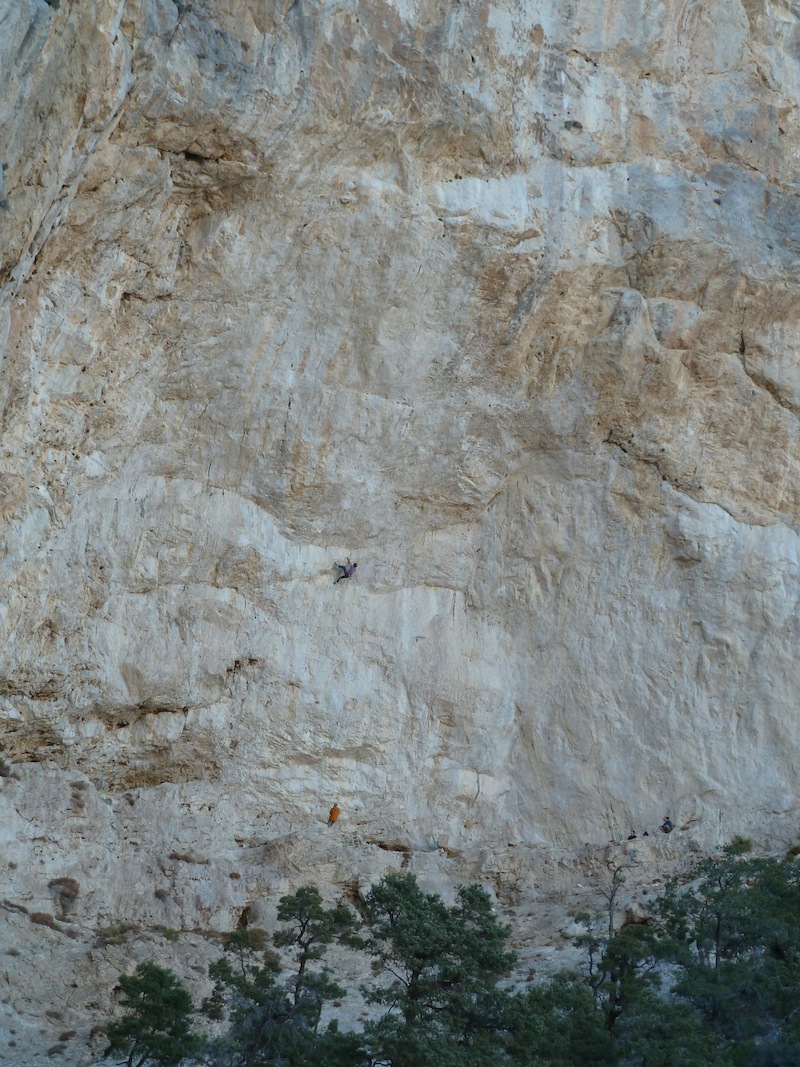 Chris Sharma is at Clark Mountain this week after the government shutdown closed Yosemite Valley last week. Sharma had previously planned to join Tommy Caldwell, Kevin Jorgeson, and Jonathan Siegrist on the famed Dawn Wall Project on El Capitan, but after the government closed the park, he was forced to seek climbing elsewhere.

Clark Mountain is the location of Sharma’s famous testpiece, Jumbo Love (5.15b), which he sent in 2008. One of the hardest rock climbs in the world, Jumbo Love rises an incredible 250 feet above the ground and has seen no repeats.

In an e-mail exchange with Rock and Ice, Sharma wrote, “the third tier of Clark Mountain is such a spectacular, world-class crag. After all my time in Europe I still haven’t seen anything quite like it.”
Sharma’s new project starts on an old unrepeated 5.14a bolted by Jorge Visser before joining up with Jumbo Love, according to Randy Leavitt, who was on the scene for Jumbo Love and now this new project.

“Sharma just spent a few days playing around on this thing, so who knows if he will embrace it like Jumbo Love. It certainly has him psyched and he really likes the movement,” wrote Leavitt in an e-mail exchange with Rock and Ice.

The new project preserves the crux of Jumbo Love, which includes a vicious one-finger pocket on overhanging terrain.

“It’s basically like a hard 14b directly into Jumbo Love without any rests. It’s pretty crazy how long and continuous its is now … Considering the name of the next route over is Jumbo Pumping Hate, I think this new version of Jumbo Love should be called Jumbo Pumping Love,” wrote Sharma.
As for a timeline for when Sharma might complete this project, it is still unclear.

“It is a big commitment to go for something this remote and hard. It could be a multi-year effort as he will basically have to be able to hike Jumbo Love in order to redpoint the whole thing,” Leavitt continued.