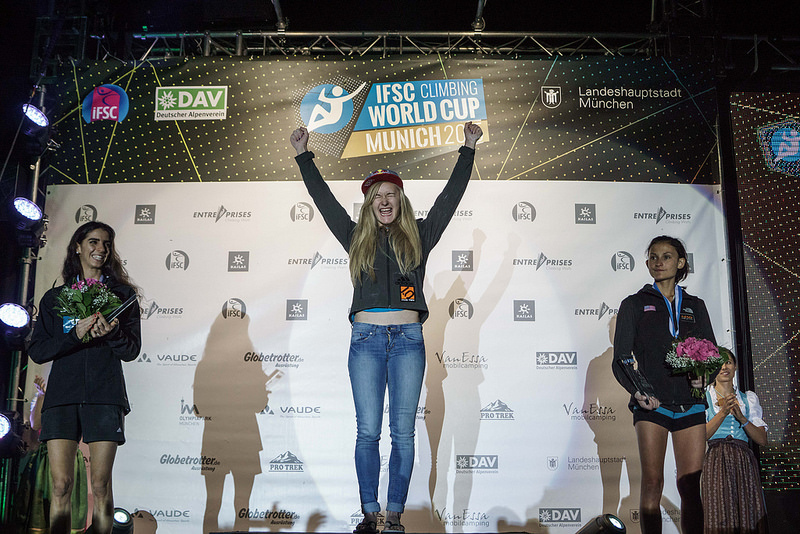 Munich, Germany, the fifth and final competition of the year, brought a spectacular end to the 2015 IFSC Bouldering World Cup season on Saturday—and Shauna Coxsey of Great Britain couldn’t have asked for a better finish.

Effortlessly, as it seemed, Coxsey flashed all four problems in Finals to take home gold. France’s Fanny Gibert wasn’t far behind with three top-outs, all flashed, and 17-year-old Megan Mascarenas, of the U.S., took bronze with three top-outs in four attempts—only one attempt shy of tying Gibert for second.

On the men’s side, the problems proved to be particularly tough, leading to a night full of surprises. Only one male competitor, Alexey Rubtsov of Russian, managed to top two Finals problems to take gold. Martin Stranik of the Czech Republic flashed one problem and reached the bonus hold on three (in four attempts), sneaking ahead of Korea’s Jongwon Chon by one bonus hold attempt.