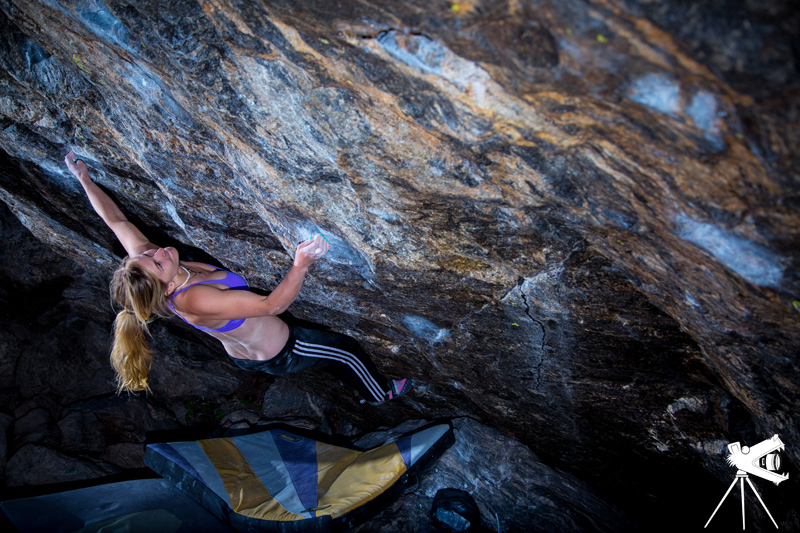 Cameron Maier. ” />Shauna Coxsey of Great Britain has sent her first V13 by completing Dave Graham’s Nuthin’ But Sunshine in Rocky Mountain National Park, Colorado. Climbingnarc.com reports that Coxsey worked the line with the top American female boulderers Alex Puccio and Angie Payne; however, it was the 20-year-old Coxsey who managed to top out the boulder problem and claim the first female ascent. “AHHHHH! I JUST CLIMBED MY FIRST V13!!” reported an ecstatic Coxsey on her Twitter account.

Coxsey, Puccio and Payne are currently competing in the 2013 IFSC Bouldering World Cup, where Coxsey and Puccio are sitting in third and fourth place respectively. Separated by just three points (Coxsey 390.00 / Puccio 387.00), the competitors have one more stop in Munich on August 24th to decide who will stand on the podium.