Shauna Coxsey and Melissa Le Nevé kept their spots atop the podium as the 2016 IFSC Boulder World Cup returned to Kazo, Japan, for
the second event of the season. Rustam Gelmanov topped the podium in another unpredictable finish in the men’s division.

“Another first place! So so happy,” the British climber Shauna Coxsey wrote on Instagram. Coxsey dominated in Kazo, earning 100 points and raising her
total to 200. Melissa Le 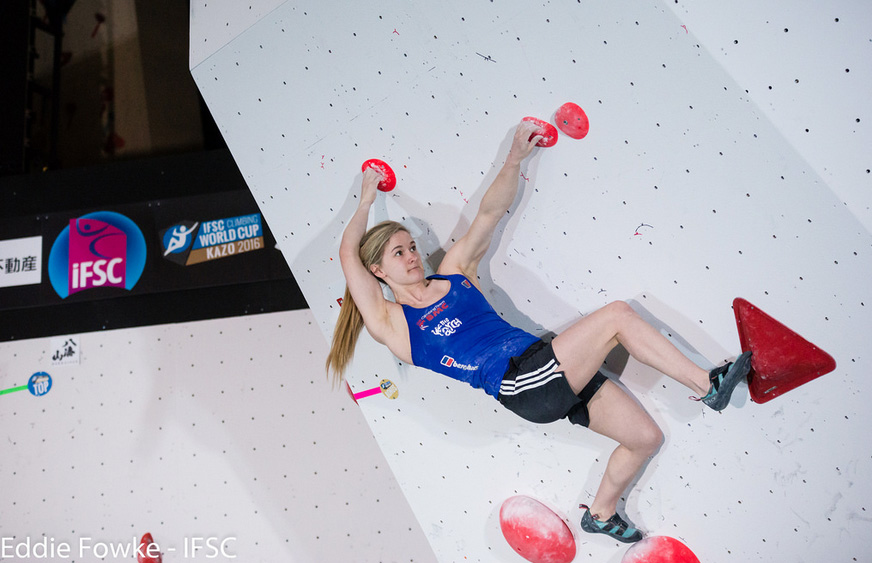 Nevé of France once again
took second, earning 80 points and bringing her total to 160 points. Miho Nonaka of Japan earned 65 points for third, growing her total to 89 points.

Coxsey and La Nevé had finished first and second on April 16 in Meiringen, Switzerland. Nonaka finished 14th in Meiringen. Her finish in Kazo
moved her up to fourth place in the World Cup Bouldering rankings. She finished third overall in 2015 and is currently ranked third in the world.

The men’s final was a surprise once again. Russia’s Rustam Gelmanov nabbed first place, followed by Michael Piccolruaz of Italy and Kokoro Fujii of Japan.
Gelmanov, who finished sixth overall last year, earned 100 points for his first place finish and is now ranked first with 128 total points. Piccolruaz
and Fujii’s second and third-place finishes raised their 2016 rankings to sixth and third. The three podium toppers in Meiringen—Alexey Rubtsov,
Martin Stranik, and Jorg Verhoeven—finished in 13th, 20th and 28th in Kazo. 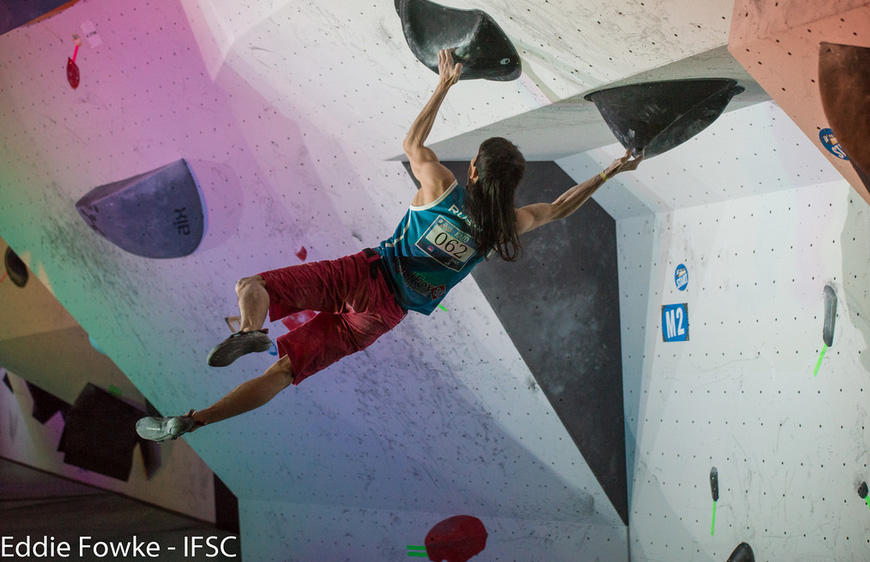 As in Meiringen, many American climbers did not compete in Kazo. Peter Erard was the only representative in the men’s division and finished 68th.
In the women’s division, Sierra Blair-Coyle placed 21st and Juliana Price placed 52nd.

The next World Cup Bouldering competition is in Chongqing, China, April 30-May 1. Check back for live streaming and results.