Shauna Coxsey of Great Britain and Jongwon Chon of South Korea landed back-to-back wins at the sixth and penultimate IFSC Bouldering World Cup of the 2017 season this weekend in Navi Mumbai,
India. Coxsey took home her 11th gold medal of her career and secured the overall bouldering world cup title despite one competition still left on
the schedule. 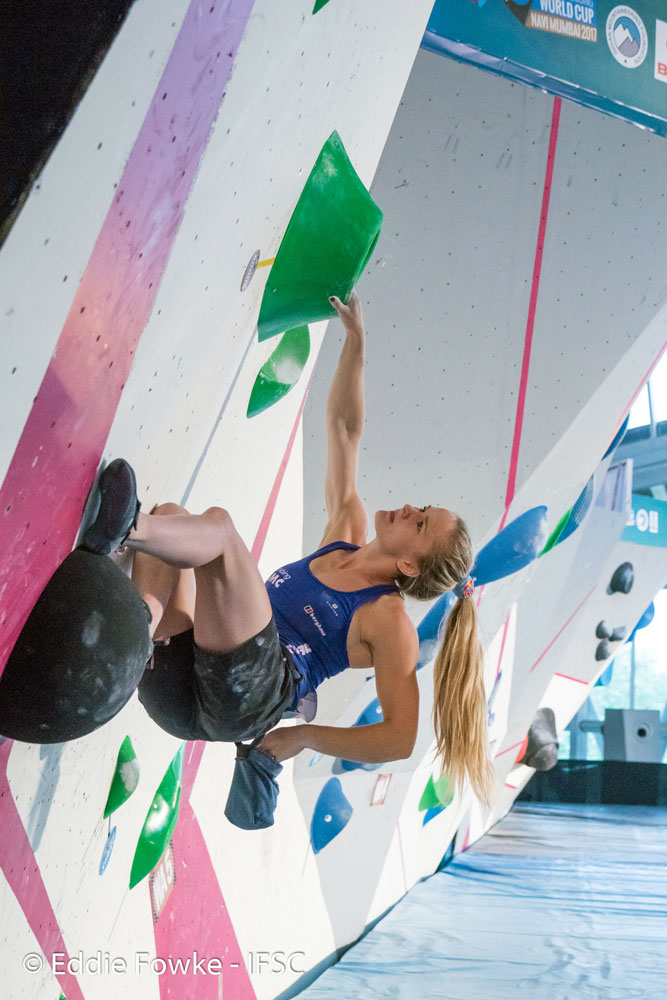 “I
can’t believe it! This was such an epic event. Mumbai you have done yourselves proud!” Coxsey reports on Facebook. “The organization of this event
was brilliant and the crowd were insane! So loud and so passionate! It was amazing to see so many people had come out to watch despite the pouring
rain!”

Completing the finals field, Petra Klingler of Switzerland took fourth with one top in two attempts; Katja Kadic of Slovenia took fifth with three bonus
holds in six attempts; and Aya Onoe of Japan took sixth with one bonus hold in five attempts.

On the men’s side, Chon claimed his third gold medal of the 2017 season with four tops in 10 attempts in finals. Rei Sugimoto of Japan followed in second
place with three tops in six attempts, and Alexey Rubtsov of Russia rounded out the podium in third with three tops in nine attempts.

No climbers from Team U.S.A. competed in the competition.

With one World Cup still left in the season, Coxsey needed to place ninth or better in Navi Mumbai to secure the overall bouldering title, and she did
so in style by completing all four finals problems—the only female competitor to do so—to take first place. She now has an unbeatable 535
points in the overall ranking, ahead of Nonaka in second place with 377 points and Janja Garnbret—who did not compete in Navi Mumbai—not
far behind with 370 points. This is the second time that Coxsey has won the overall bouldering world cup title. Munich, Germany will determine who will stand on the overall podium with
Coxsey.

For the men, the overall title is still up for grabs. Chon leads the field with 426 points, ahead of Rubtsov and Keita Watabe of Japan who are tied in
second with 372 points.

After a seven-week hiatus, the next and final IFSC Bouldering World Cup of the season will take place in Munich, Germany on August 18 and 19. Before then, however, the IFSC Lead Climbing World Cup season kicks off in Villars, Switzerland July 7 and 8. Stay tuned for live streaming of the events and the results. 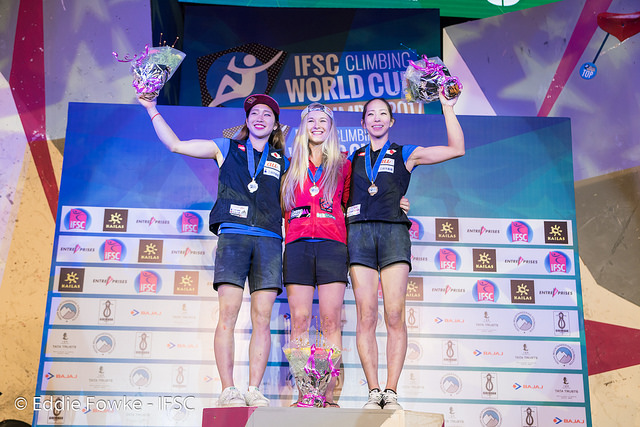 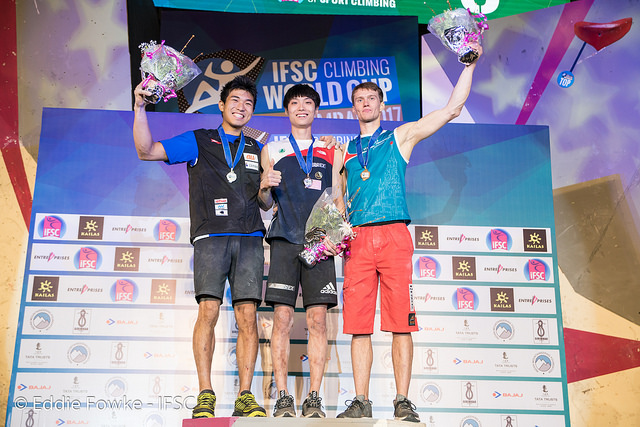