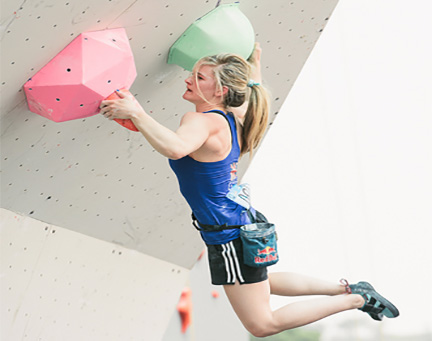 Coxsey claimed first in both previous events, Meiringen and Kazo. Noguchi finished 20th in Kazo, but Chongqing raised her to fourth for 2016.
Nonaka ended 2015 ranked first.

Nonaka’s third place finishes in Chongqing and Kazo have moved her up to third place in the World Cup Bouldering rankings. She finished third overall in
2015. 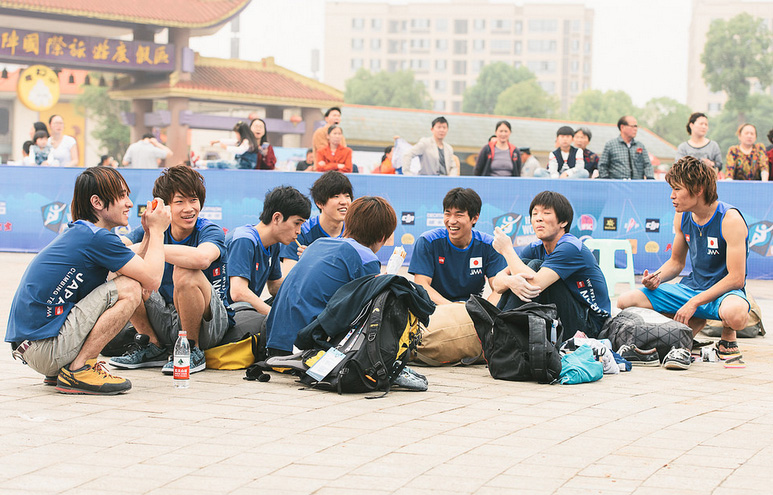 Narasaki, who finished 30th overall last year, earned 100 points for his first place finish and is now ranked fifth with 138 points. Hojer and
Jongwon’s second and third-place finishes raised their 2016 rankings to fourth and 14th.

As in Kazo and Meiringen, many American climbers did not compete in Chongqing. Sierra Blair-Coyle was the USA’s only representative. Blair-Coyle finished
12th, raising her to 22nd overall for 2016. She finished 2015 in 30th and is currently ranked 23rd in the
world.

The next World Cup Bouldering competition is in Navi Mumbai, India, May 14-15. Check back for live streaming and results.

Watch the Mens and Womens Finals: