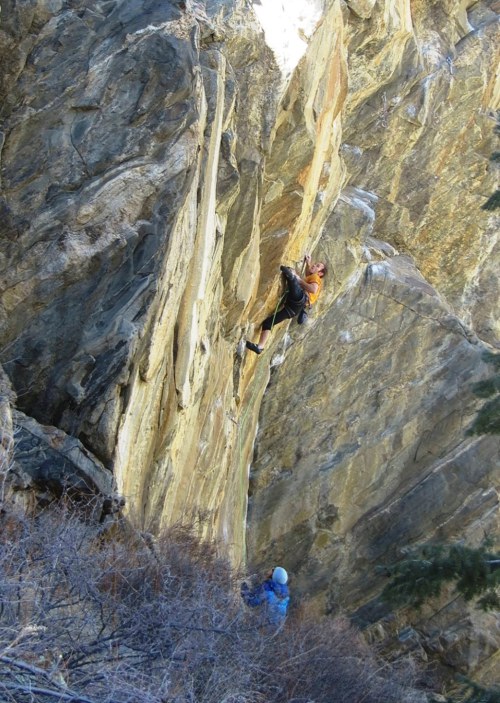 After establishing Double Stout (5.14a) earlier this winter, Mark Anderson was eager to try another long-standing project in Clear Creek Canyon. The project was prepped by Scott Hahn in 2008 and opened to anyone in the spring of 2009.

The new line, located at The Armory, is a direct-start variation to The Gauntlet (5.12+), a route established by Darren Mabe in 2006. Anderson’s 5.14 variation, which he named Siberian Express, starts left of the dihedral, climbing up the steep orange face to meet the splitter finger crack and roof of The Gauntlet. Anderson worked the route for 12 days.

“The direct start is all business from the moment you step off the ground until you reach a pair of bomber fingerlocks at mid-height,” writes Anderson. “My first day on the route I was completely perplexed. I could see the key was going to be figuring out the right combination of opposing holds and body position to stay on the rock.

“Without a doubt, my favorite part of project climbing is solving the sequence puzzle. The more baffling the sequence, the more rewarding it is to solve.”