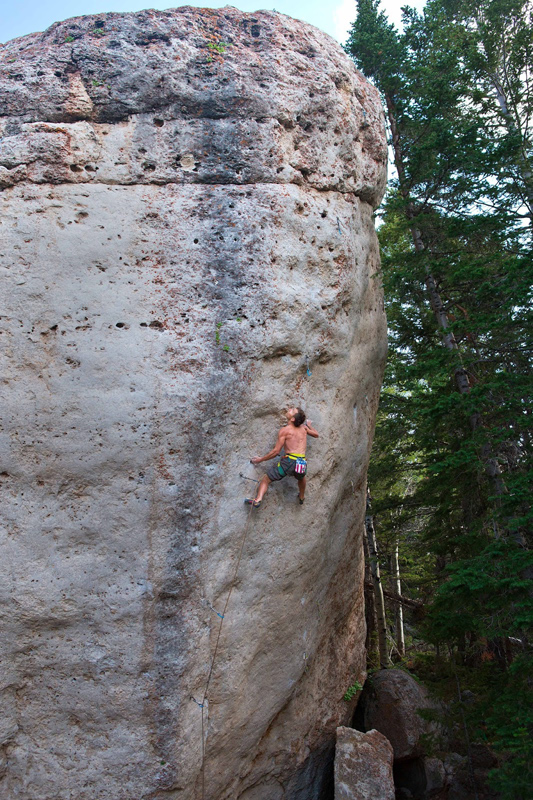 Jonathan Siegrist has repeated the Wyoming testpiece Moonshine (5.14d), located at the Erratic wall of Wild Iris. First established by the local strongman BJ Tilden, Moonshine packs fierce climbing with monos and a cruxy dyno into 50 feet of bullet limestone. Siegrist experienced trouble finding a method to consistently stick the crux dyno and was beginning to contemplate failure.

“Although I could stick the crux throw a number of different ways, nothing was proving any level of consistency,” wrote Siegrist on his blog. “It seems I was just barely too short (or too weak) to make anything really work … I was definitely considering defeat.”

However, Siegrist persevered and managed to find a “tiny foot” that allowed him to consistently stick the dyno. After climbing the route with one fall several times, Siegrist knew the send was close but not inevitable. “[I]t was just a matter of time, but I’ve learned over the years to never count your eggs before they hatch,” he wrote. But on Sunday, July 14, Siegrist managed to stick the crux move from the ground and topped out the Erratic for Moonshine’s fourth ascent.

Originally envisioned by legendary Wyoming climber Todd Skinner, Moonshine lies to the left of the classic Skinner route Throwin’ the Houlihan (5.14a). BJ Tilden finished bolting the line in 2002, and began trying the route off and on for 10 years, eventually claiming the first ascent of what is likely Wyoming’s hardest sport route in August of 2012. The following month, Daniel Woods and Dave Graham journeyed to Wild Iris and managed to quickly make the route’s third and fourth ascents respectively. 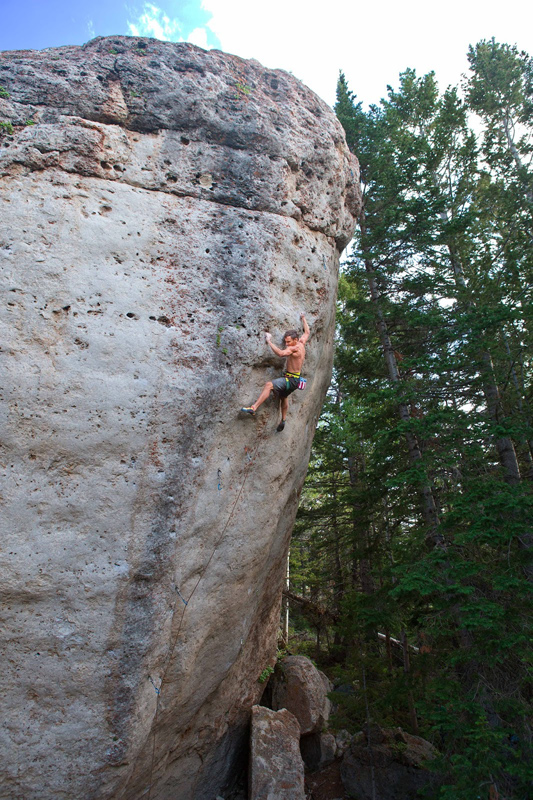