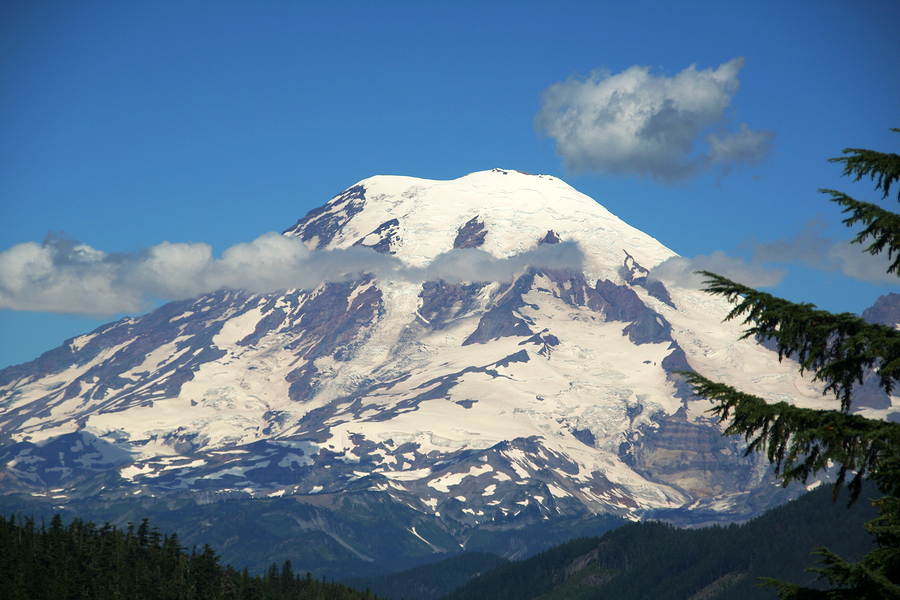 After falling 3,300 feet Wednesday on Mount Rainier’s Liberty Ridge, six climbers in an Alpine Ascents party are believed to be dead.

The National Park Service said helicopters detected pings from avalanche beacons located at the top of Carbon Glacier (9,500 feet) and have spotted climbing gear far below the group’s last known location of 12,800 feet.
“There is no viable chance of survival from such a fall,” according to an NPS press release.

Liberty Ridge divides the Willis and Liberty walls of Mount Rainier (14,411 feet). The two guides and their party of four would have planned on summiting and then descending the Emmons Glacier route in four to five days—the standard for an Alpine Ascents party climbing Rainier.

The group began its climb Monday and last spoke with Alpine Ascents Wednesday at 6 p.m. by satellite phone, according to an NPS press release. The climbers did not return Friday as planned and were reported missing by Alpine Ascents at 4:30 p.m.
Matt Hegeman was the group’s leader. Hegeman, 38, of Truckee, California, a veteran climber and guide with Alpine Ascents for the last five years, had summited Rainier more than 50 times and is an AMGA-certified rock guide.
“Matt, we shared many adventures together over the last 12 years… core shots on El Cap, guiding on Mount Shasta, splitters in the desert, massive steak dinners in Argentina … I am stunned you have left us,” wrote his friend Dave Miller on Hegeman’s Facebook page. “You will be so missed, buddy!”
Eitan Green, 28, of Seattle, was the other guide, according to Alpine Ascents. Green has also been with the company for five years and has summited Rainier over 40 times.
“My parents and I are heartbroken … although any words seem inadequate to describe what we are feeling,” wrote Elana Green Silver, Eitan Green’s sister, on his Facebook page. “Thank you to everyone who has posted kind words, photos, and memories of Eitan.”

Mark Mahaney, 26, of St. Paul, who had climbed Rainier once before, was also a member of the party, according to his uncle Rob Mahaney in an interview with The New York Times.

“The staff and larger Alpine Ascents community and families are stunned and grief stricken, as we send our condolences and reach out to the families and friends of the fallen climbers,” Alpine Ascents wrote on its website.
Alpine Ascents’ website describes the route as one of the most technical and physically demanding climbs the company offers in the lower 48. Liberty Ridge is a difficult route used by only a small percentage of the 10,000 people a year who climb Rainier, according to The New York Times.
Conditions in the area are so dangerous right now, with falling rock and ice in the area of the pings, that air and ground searches were suspended Saturday. Possible recovery of the six is still uncertain, according to an NPS press release.
At least 89 people have died attempting to summit Rainier since 1897, according to NPS statistics (mountainrainierclimbing.us).
The latest death occurred in June 2011 and was also on Liberty Ridge, as recorded on NPS archives (nps.gov). In June 1981, 11 people on a guided climb were killed by icefall on the Ingraham Glacier, marking the deadliest accident in Rainier history.