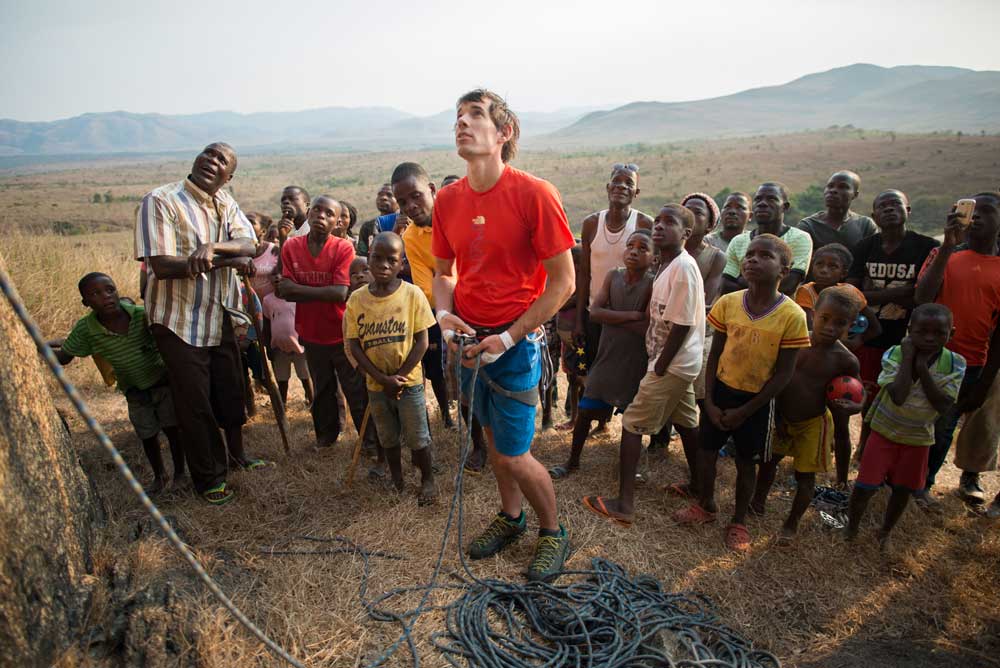 “I kind of like climbing everywhere,” Alex Honnold says.

I’m on a Skype call with Honnold, who is, according to the jacket of his upcoming book, “probably the most famous adventure athlete in the world.” When asked if he found this to be an accurate description, he chuckled and said, “I don’t know about that, but it sounds good.”

Honnold is in Chile [Watch: Alex Honnold Climbing in Chile] for the REEL ROCK 10 film tour, and the random, freewheeling topics that came up led to a discussion around his work and climbing in Angola in early September this year.

“My goal [in going to Angola] was half climbing and half solar project,” Honnold says. “We wanted to show the potential for climbing and for solar.”

While climbing is Honnold’s main focus in life, he’s also developed The Honnold Foundation, which he calls “a very meaningful hobby…Before the foundation, I was just reading all this clean tech stuff on my own anyway and I’m super stoked on environmental things anyway. So it’s just kind of my way of dabbling in that space and hopefully doing something useful in the world.” 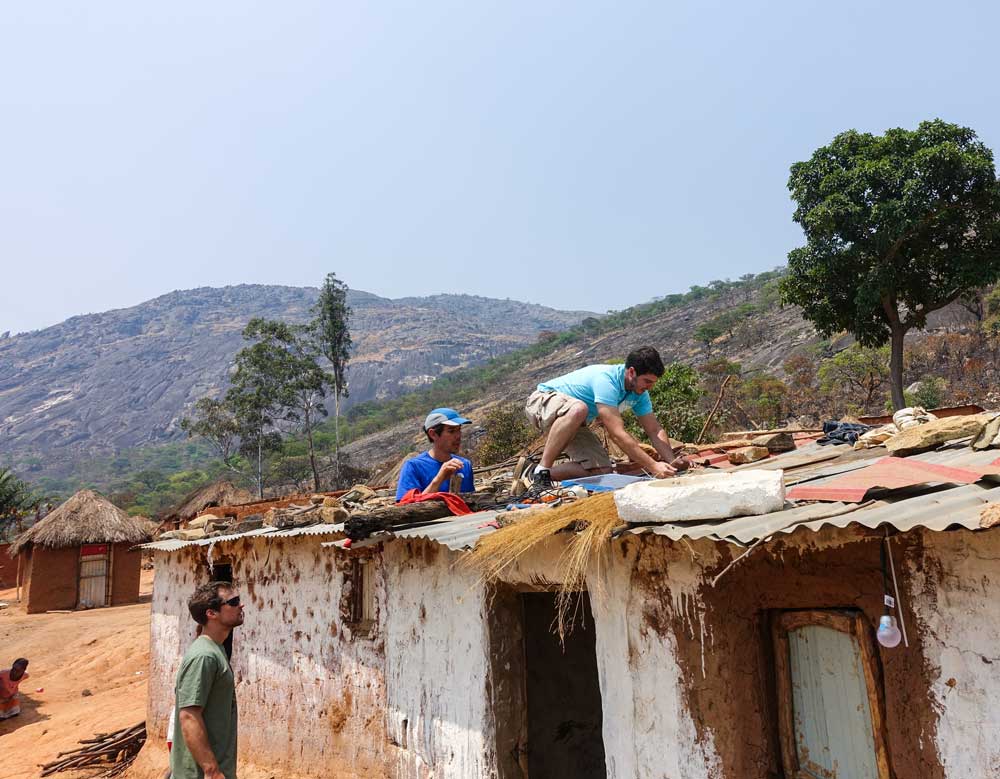 Honnold went to Angola with his foundation to continue “dabbling” with a new solar install project. “Nobody is doing any solar work in Angola,” says Honnold, “We wanted to demonstrate the potential of a new market to see if it’s viable.”

The Honnold Foundation partnered with BBOXX from the U.K.—an organization that has completed solar projects in Kenya, Uganda, and Rwanda. Maury Birdwell, Honnold Foundation executive director, Ted Hesser, ‪Director of Technology Partnerships at Off.Grid:Electric, and Stacy Bare, 2014 National Geographic Adventurer of the Year and The North Face Ambassador, joined the team. Bare had previously worked in Angola with The HALO Trust to clear landmines.

The first crux of the project was getting their systems and solar kits into the country, past custom officials. This hassle turned out to be a gem in disguise. The Angola Energy Minister ordered another 3,000 units after the Foundation demonstrated the project.

As for the installation, “We were just crawling around on roofs, putting on panels,” Honnold explains. “This is the first project that the Foundation has really pushed for ourselves. It was pretty motivating. One of my challenges has been to find an area to affect change, find a little niche to do something useful.”

Honnold describes the effect to installing the solar systems for the people: “People are freaking stoked. We gave it to this one guy and his daughters lived next door and one system gave light to three places. That’s pretty awesome.” It may be the spark needed to bring solar projects to more areas in west Africa – to catch up with the progress of more solar-established east Africa. 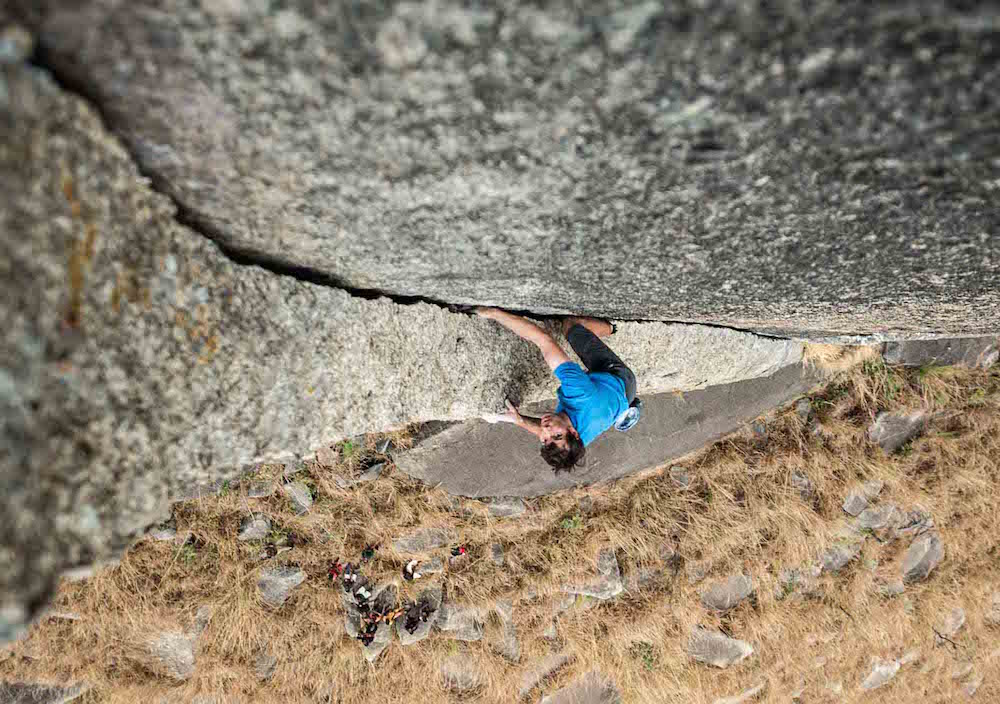 But how was the climbing? Honnold compares Pedras Negras, one of the crags they visited, to Maple Canyon in Utah “with better potential and infinitely cooler,” he says, but adds “[it] would take a lot of motivated men to turn it into something.”

Route development in Angola has been slow. A decades-long civil war left the country littered with landmines and unexploded ordinance. The likelihood of death by landmine has turned people away from exploring. Honnold backed away from one area, but that didn’t deter all exploration. The team found some cool granite routes, and according to Birdwell, established “a handful of routes from 5.7 to 5.13c.” 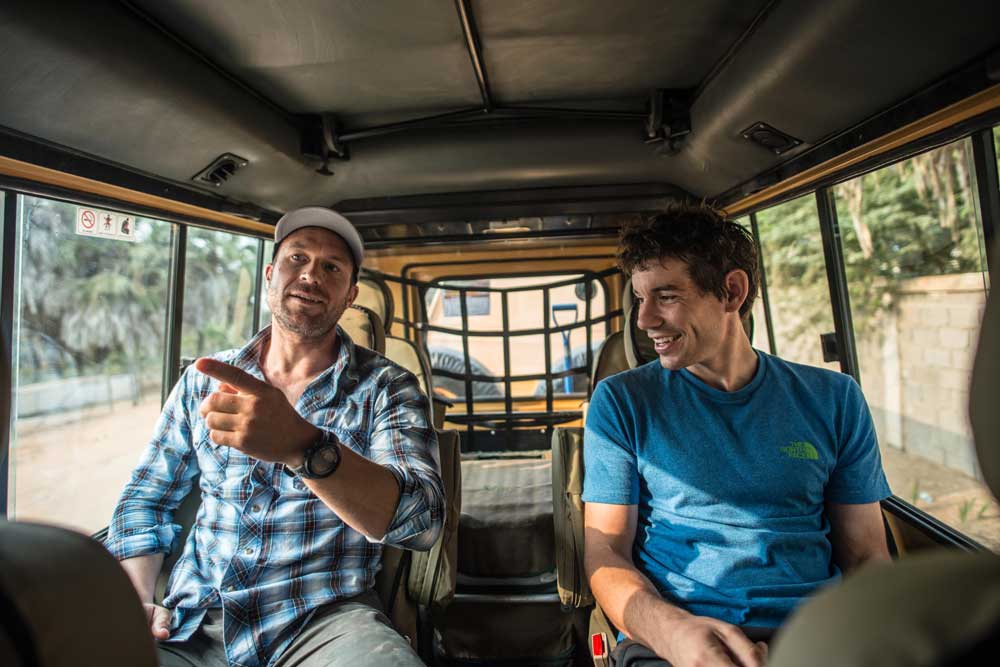 Honnold’s new book Alone on the Wall (with David Roberts) comes out this November. Alone on the Wall is a finalist in the Banff Mountain Book Competition, nominated under the Mountain & Wilderness Literature category. For more information or to pre-order a copy, visit alexhonnold.com/aloneonthewall.