This article is brought to you by Osprey Packs. 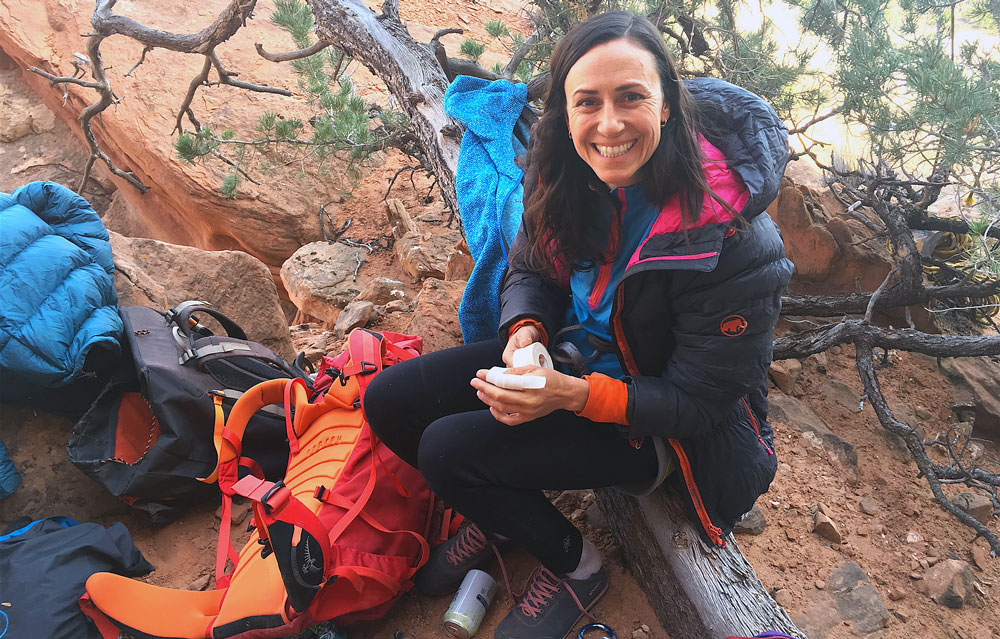 When Steph Davis topped out the Diamond of Longs Peak, Colorado on
September 3, 2007, it was the third time she had climbed free solo to its summit. She was already the first female to free solo the Diamond, and with
this ascent, she was the second known person to free solo Pervertical Sanctuary (5.11a). She grabbed the running shoes she had stashed on
the summit and trotted down to the trailhead. Ten days later, she would return to do it again.

A top female climber, BASE jumper and pioneering free soloist, Steph Davis has earned her place in climbing lore for her cutting edge first free ascents
and daring free solos on big walls and towers around the world.

“In Moab, I’m most proud of freeing the Tombstone (5.13b) and Concepcion (5.13b/c), and also free soloing the North Face (5.11-)
of Castleton and BASE jumping off it,” Davis tells Rock and Ice. “Elsewhere, El Cap free in a day was a milestone for me. Also, Torre Egger
[in Patagonia] in a day and the FA of Inshallah [VI 5.12 A1] on Shipton Spire [in Pakistan’s Karakoram]. And free soloing Pervertical Sanctuary on
the Diamond.”

Despite a 25-year resume that spans Yosemite, Patagonia and Pakistan, Davis is most at home climbing the towers and sandstone splitters of Utah. The desert
has enough climbs to keep even a seasoned pro like Davis busy for a lifetime. “I come from a very traditional climbing background of trying to conserve
gear,” Davis says. After her many years of climbing in the desert, she’s been able to cut her climbing kit down to the bare bones. Here’s what she
considers essential for a day of desert climbing, from multipitch desert towers to cragging at Indian Creek, along with her packing routine:

“When it comes to climbing towers, I’m pretty militant about staying light,” Davis says. “I pare my rack down to bare minimum, and opt for the lightest
variation on every piece of gear, from slings to carabiners.” 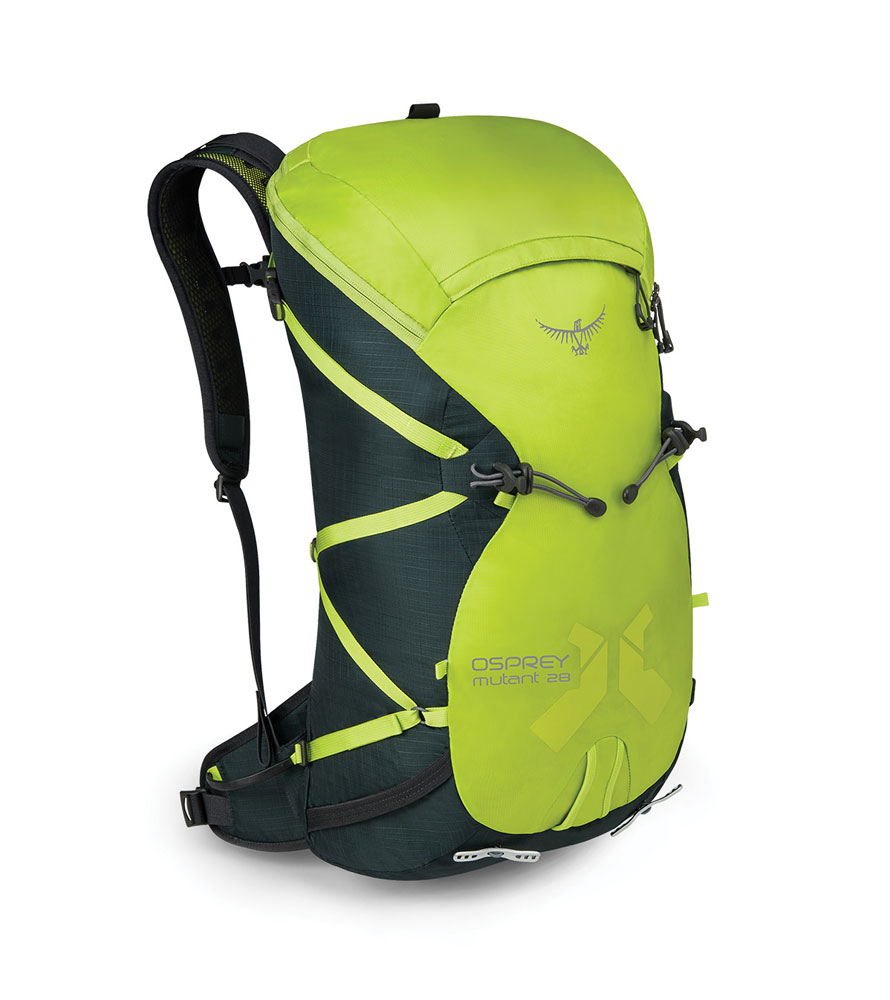 Indian Creek Craggin’: All the Cams You Can Carry

“Indian Creek is a very different story,” Davis says. “You never know quite what you’re going to be climbing, or what the weather is going to do. I usually
show up at the Creek expecting to be in shorts, but then wear an expedition parka at some point in the day.” 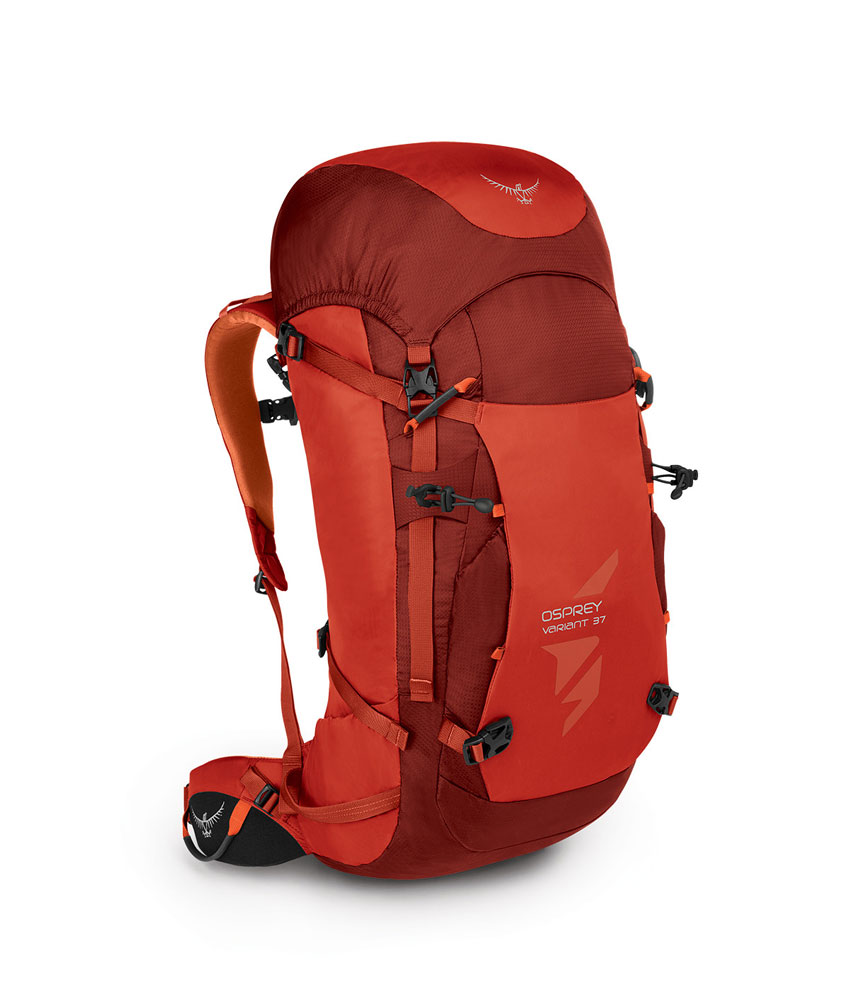 “During prime Indian Creek season, the spring and fall, there are definitely some items that just never leave my pack: shoes, chalk, harness
and belay device. Cams usually stay in the pack as well. I organize them on three separate rope loops, racked by size: one loop with the little finger
cams, one loop with middle-sized cams and one loop with the really big pieces. When it’s time to gear up for a climb, I put the cams I need on a padded
gear sling—but I always rack them back into their proper size loop at the end of the day. Clothes come out of the pack each evening, simply because
I never know what the weather will be like the following day.

“I leave my shoes, chalk and harness at the bottom of the pack, followed by my rack in the middle. On top, I add whatever layers, food and water I’m taking
for the day. For towers, I take a small pack, like the Osprey Mutant.
It’s light and small, perfect for fitting in the essentials. On the days that I climb in Indian Creek, I take something much bigger, like Osprey’s Variant—something I can hike with, but is still big enough to fit all of the bulk that I need for a day in the Creek.

“When it comes to sport climbing in places like Rifle, Colorado, I bring a bag called the Porter. It’s really just a duffle with backpack straps, not streamlined at all but perfect for days with short approaches.”

Win an Osprey Variant pack! Click the link here and tell us what you put in your climbing pack and you could win.