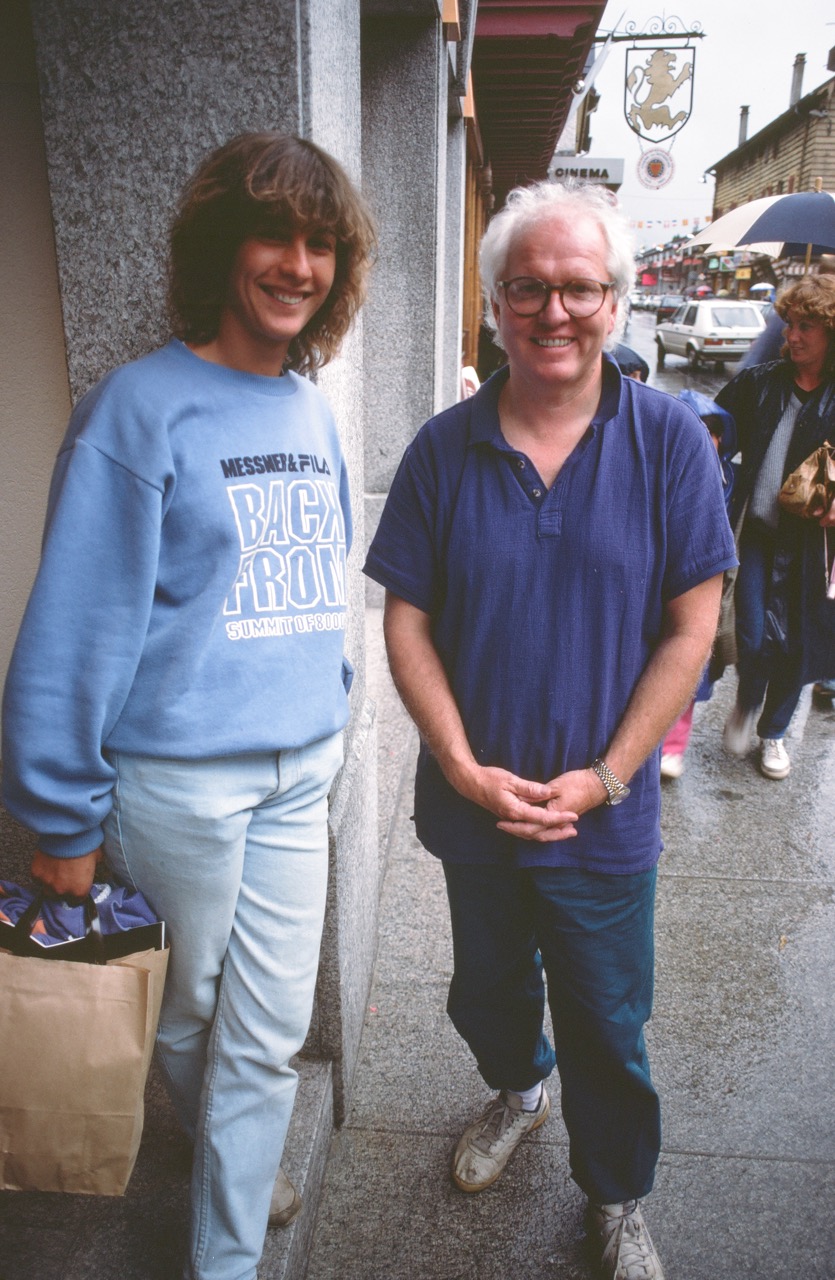 When Tex Bossier and Bob Culp authored the classic Culp-Bossier (III+, and given 5.8+) on Hallett Peak, sometimes called the best midgrade route in the treasury of Rocky Mountain National Park, 1961, Tex was only 17. The route has since been upgraded to 5.9, the top grade at the time—on alpine rock, with tricky protection and route-finding.

Floyd Allen Texas “Tex” Bossier, who died at age 71 on September 6 in a hospital in Annecy, France, after decades in that country as a sales rep for Patagonia, Inc., was one of his era’s leading climbers during an important time. Says Jim McCarthy, a climbing partner, “He was one of the witnesses to history in a golden age.” He called Bossier a good rock climber and “very good boulderer.”

Says Bob Culp of the Hallet’s climb: “We had been bouldering together that summer and he wanted to do a climb in the park. He was just a friendly, super-excited kid that I enjoyed climbing with.

“On Hallets we were tested by severe weather and my lack of preparedness. Tex was solid and ready to help me any way he could.”

In 1963, Culp, Bossier and Layton Kor sought to establish Colorado’s first Grade 6, forging up the 2000-foot Diagonal Route in the fearsome Black Canyon of the Gunnison, site of the longest routes in the state.

McCarthy recalls, “It was horrible. It scared the crap out of me. I never saw so much stuff fall down in my life.

“Layton threw down tons of things. Tex was completely freaked. Everybody was freaked. Even Layton was freaked. One pitch took him four hours. And only [Steve] Roper was faster than he was as a nailer.”

Tex with Kor also established the Diagonal Direct (V-, since freed by Jeff Achey and Charlie Fowler at 5.11c/d) on the Diagonal Wall, the East Face of Longs Peak, in 1963 in a harrowing ascent that, as the Denver Post has written, “saw avalanches, snow and a fight for survival. It would be more than a decade before the route was repeated by renowned climber Michael Covington.”

That summer was Kor’s most productive on Longs Peak, and, according to earthboundsports.com, Bossier was with him for the routes Grey Pillar, Crack of Delight, Zig Zag and Red Wall.

Patrick Oliver of Fruita, Colorado, posted on a storytelling thread on Supertopo in 2011, “I enjoyed climbing with Tex. He had wild swings, though, and one day could be in good form and a week later be so out of shape …. But he was so much fun and had people laughing a lot.”

The AAC News on americanalpineclub.org reports, “Tex has been long missed in Santa Barbara, where he taught rock climbing.”

The site noted that he taught Phil Powers, executive director of the American Alpine Club, among “hundreds of others,” to climb. The AAC museum highlights some of his and Kor’s climbs.

Lynn Hill, a longtime friend, will spread his ashes on the Culp Bossier route, Hallett Peak. Says Hill, “I’m not sure which other routes [Tex]had in mind, but I was thinking about inviting Layton Kor’s son Arlyn to come along on the journey.”

Val Franco of Patagonia, Inc., who filmed and interviewed Bossier late in his life, e-mails, “His ashes will also be spread on Longs Peak, which is where [his son] Jack would like.”

Jack’s home looks out upon the peak.