Except from Gary Hemming: The Beatnik of the Alps by Mirella Tenderini (Translation by Susan Hodgkiss)

Gary Hemming—the enigmatic Californian who brought the modern American climbing spirit and technique to the Alps during the 1960s—was a cultural hero in Europe during an era of social upheaval. Launched into fame after a daring rescue of stranded climbers on the West Face of the Dru, Hemming became a star of the French media. Several years earlier Hemming and Royal Robbins made the first ascent of the American Direct on the Aiguille du Dru. Yet his fame in Europe—and anonymity in America—sat uneasily with his rebellious nature. Mirella Tenderini explores Hemming’s tumultuous life and spectacular climbs, creating a profound and tragic portrait of a man who sought a freedom—of love and climbing—that eluded him in this world. And perhaps in death Hemming became what the living cannot be—a legend and a myth. 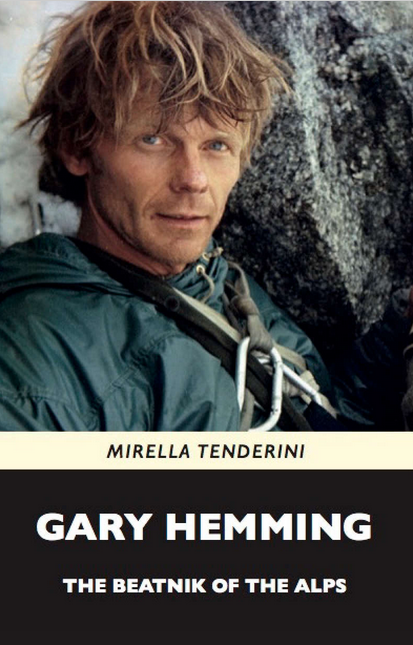 A tale of first ascents, rescues, love, and suicide

The coroner’s verdict was suicide. Someone notified Gary’s mother, and only she attended the funeral – this is strange, but maybe his friends felt a need to distance themselves from his tragic death. Gary’s mother arrived alone from Hawaii. Her husband was in the hospital, eventually to die there a few years later. She arrived alone, and alone she followed the coffin to the cemetery. She had not wanted to see the body, and apparently no one had since it had been moved from where it had been found the morning after the tea party.

Twenty years later, Lauren, Gary’s son, met some hippies in San Francisco – there were still hippies in San Francisco at the end of the 80s – who had never met Gary but had heard much about him. They told Lauren (without knowing who he was) that Gary Hemming was still alive, and claimed that Gary had taken advantage of a stranger’s accidental death in 1969 on Lake Jenny to fake his own suicide. He had allowed people to assume that the body was his, and had disappeared finally to fulfil his wish for total freedom, walking over all the mountains in the world. Mythical characters do not die. But in contradiction to the myth, there is the concrete fact of the police report which tells of Gary Hemming killed by a bullet to his head. Suicide or accident? Today, after so many years, it is impossible to find definite proof for either theory.

Gary Hemming had extraordinary qualities, but suffered from contrasting moods which prevented him from developing and cultivating his qualities. He was sociable, he loved being with people and was constantly searching for approval. On the other hand, he lived in deep fear of men and had a love-hate relationship with women. These feelings drove him at times to despise contact with other human beings and to isolate himself for long periods of time. He had ingenious theories, was sharply intuitive and was able to communicate his ideas to others, and persuade them to follow him; but some form of mental indolence would often pervade him and would prevent him from realizing a large number of his projects. He felt a need for cleanliness, sincerity, purity and pursued grand ideals – although his behavior toward his friends and family was often inconsiderate and selfish. All these contradictions weighed heavily on Gary’s mind and can maybe explain his emotional instability and changing moods – from the heights of happiness to the depths of despair.

During his life he felt the need for wholeness: he was constantly searching for spiritual equilibrium. The only field in which Gary succeeded in finding the right balance was in climbing. This is why, while trying to recount the life of a man in all its complexity (there is no alpinist, savant or artist who is not essentially a man made up of virtues and weaknesses), I have talked of Gary first and foremost as an alpinist. When climbing, Gary was able to make use of those extraordinary qualities which he squandered so readily at other times. When climbing he was able to realize his dreams, which left consequences, left their mark. 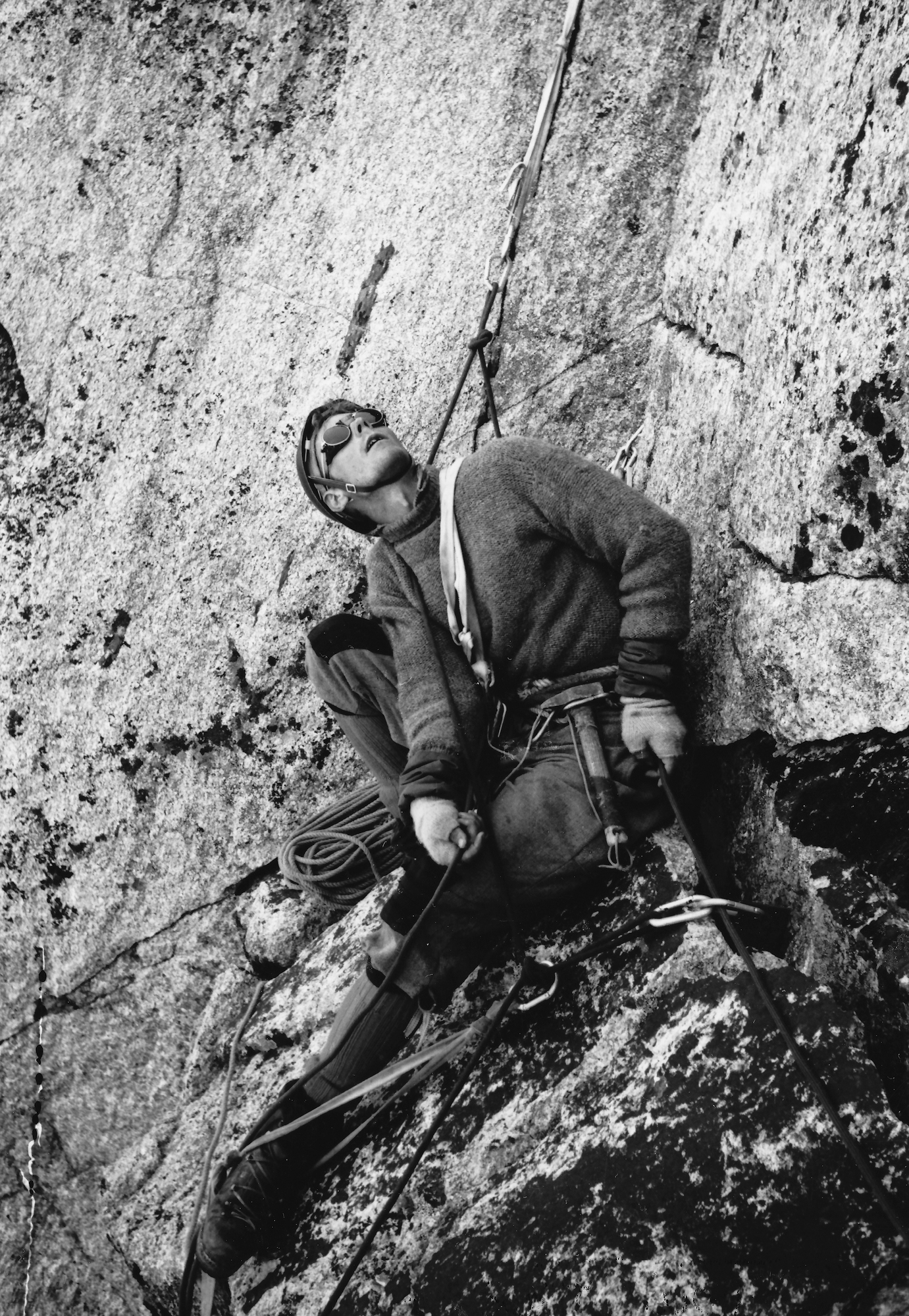 He took his own life, maybe, because in all the other facets of his life, he was not able to reach that perfect balance, and because the sum of his failures became too great a burden to bear. The version of his death which claims it was accidental does not seem valid; and even if it were true, it would not change anything. Gary had wished for death for some time, and he took his own life that night because the burdens and tensions he suffered from reached the breaking point. Whether Gary shot himself or unconsciously brought about a situation which would result in an accident is essentially unimportant and makes no difference to Gary’s inevitable fate.

One other theory, however, is feasible: Gary wanted to kill himself but had left the decision to fate and simply lost in a game of Russian roulette. This possibility provides some comfort to those who loved him and who cannot bear the thought of him taking his own life, intentionally and consciously. It is possible that Gary decided to tempt fate, playing a game where the protagonists were his life on the one hand and the intervention of his destiny on the other; hoping that this game would save him, rid him of his problems and restore his confidence in himself, in love and happiness. He had already climbed solo in this very spirit of mind.

And there is one more theory, the one favored by the European climbing milieu when they heard of Gary’s death: he took his own life while experiencing some drug-induced hallucination. Naturally this theory can neither be confirmed nor denied. Gary went off by himself, and it is possible that he had some form of drug with him so he could go on one of his trips to relieve his tension. But if this was the case, what does it change? Even then, the acid did not kill him, but his own wish for death which pushed him into taking the drugs. After all, Gary was convinced of one thing and that was that no one died by accident or illness, but by a conscious choice, or an unconscious desire to self-destruct.

Long before his death, Gary had overcome the fear of dying and, as early as 1963 he wrote in his diary: “I am sure that the fear of death comes only from the lack of preparation of the person. He doesn’t as much fear death as he fears his disorientation in life. A man is capable of facing death easily if he is confident of his own position with respect to the cosmos.”

Despite the constant contradictions within his character, Gary had always been sure of his place in the cosmos, his own role. Jokingly his friends would say that he had the nature of a savior and a hero, and they were right. Gary attached great importance to his role as a savior, even when this emerged in ridiculous battles, such as his fight to save Marie from her parents. Regardless of the target, he would invest a great deal of energy in carrying out his purpose. Barry Corbet was not in the least surprised when Gary arrived at his house, determined to heal him: he let Gary’s magical forces take over, and the experiment failed only because it was physically impossible. And as for Gary’s role as a hero, it fitted him like a glove. Gary was a hero, a hero of his time, in which he represented both good and bad sides. And heroes, of course, die young. Throughout all time, within all cultures, a hero’s death is necessary to vindicate his sins and those of others. Maybe Gary, in his heart of hearts, knew that he was a hero who would die young, and he simply followed his fate.

“When I was eight I wanted to climb my first mountain. It was called Black Mountain and was just opposite where I lived in southern California. It wasn’t a real mountain, barely 1,000 meters. I thought about it day and night. Every Sunday I’d set off, but never got to the top. I was too small and it was too difficult. I finally climbed it when I was 14. But when I got to the summit, it wasn’t high enough! And since then, each time I climb a mountain the same thing happens, they’re never big enough.

“The mountain is an initiation, in the real sense of the word. Its a way of putting yourself to the test.

“The Indians have a rite which fascinated me as a boy, and still does. When you reach nine or ten years, you have to leave the tribe and live for one week completely alone. And you have to hide because the other men in the tribe have to come looking for you and will kill you if they find you. And when you have passed this test, you have the right to be called a warrior.

“The mountain is an initiation which is renewed every year. You go there, you test yourself, you find yourself again. Afterwards, you are more able to accept yourself.

“You see, I live in the kingdom of dreams: the mountains transport me to the kingdom of reality. Faced with life and death,you test your own sincerity.”

About the Author:
Mirella Tenderini is an Italian mountaineering journalist and author. She lived among the Alps for fifteen years, running Alpine huts with her husband,a mountain guide. Tenderini has translated several books from English and French into Italian and has written a biography on the Duke of Abruzzi.