Future alpinists continue to read vintage journals and cherished guidebooks hoping to one day experience what the pioneering climbers were able to accomplish years ago. The Bold
and Cold belongs on every mountaineer’s bookshelf and will serve as inspiration to those who long to scale high peaks and experience the grandeur of Canada’s Rocky Mountains.

Excerpt from The Bold and Cold: A History of 25 Classic Climbs in the Canadian Rockies by Brandon Pullan 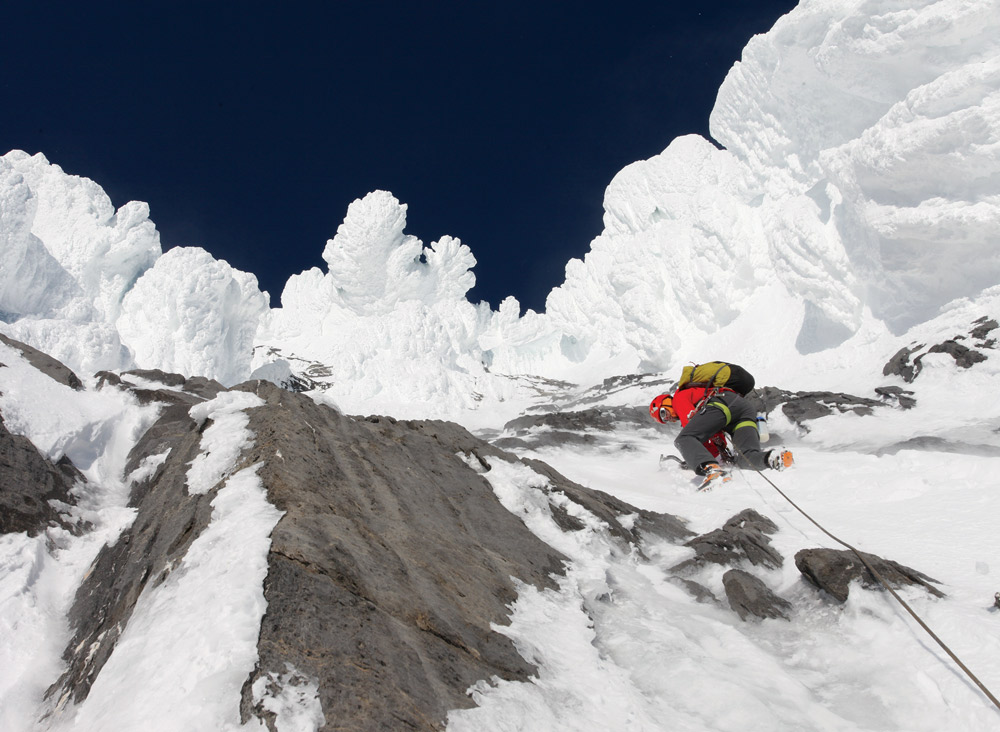 Over
the past 100 years, climbers have been pushing standards in the Canadian Rockies. From long alpine ridges to steep north faces, the Rockies are synonymous
with cutting-edge ascents. Peaks such as Mount Robson, Mount Chephren, Mount Kitchener, North Twin and Mount Alberta elude the many and reward the
few. Most of the big faces were climbed between the 1960s and 1990, the golden age of alpinism in the Rockies. The men and women who were part of the
golden age set high standards for future alpinists.

Some of the routes climbed during the golden age stand apart from the rest as being the most adventurous, groundbreaking and bold. They’re in remote and
dangerous settings and were climbed by the bravest climbers of the day. Climbing the Rockies requires a certain edge that comes with age, humiliation
and failure. It helps to dream of the biggest peaks and sleep with snowballs in your hands.

In the late 1960s, a young alpinist named Urs Kallen moved to Canada from the Bernese Oberland in Switzerland and couldn’t find a book that would help
him find the classic climbs. When Urs travelled back to his home country of Switzerland in 1970, he bought a new book called Im Extremen Fels (On Extreme Rock) by Walter Pause. The book was a compilation of the “best” 100 rock climbs in the area. The descriptions were sketchy and vague, and
it was not a guidebook. It was a book that got readers dreaming. Urs knocked off dozens of the routes in the book in the two years he spent climbing
in Switzerland. He wanted to write a book similar to Im Extremen Fels for the Canadian Rockies. 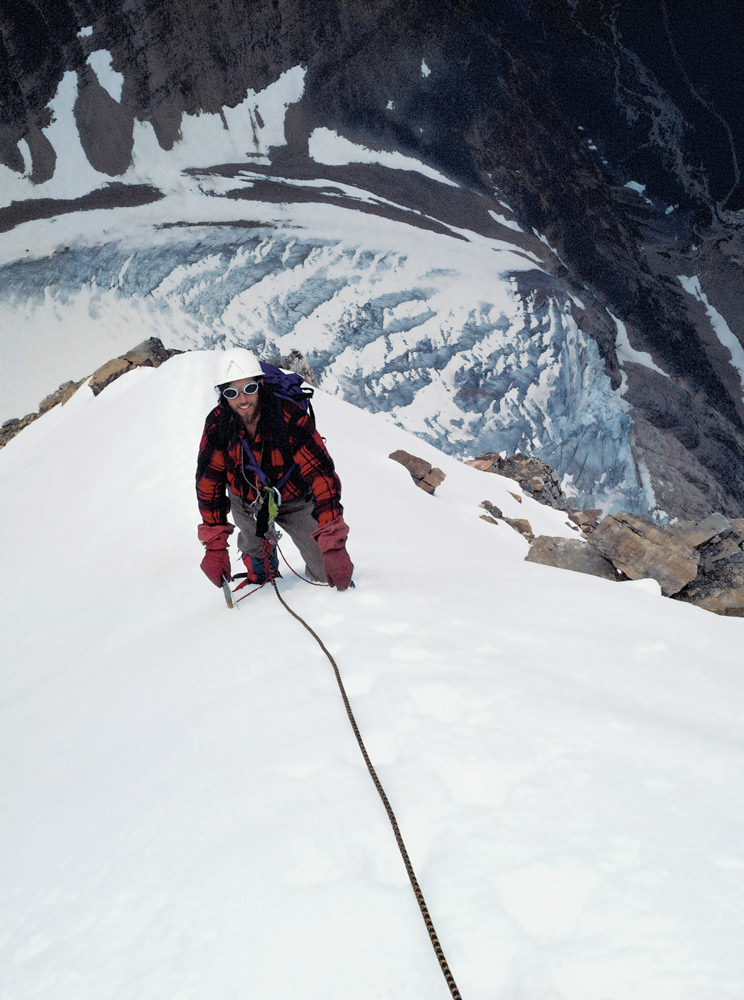 Back in Calgary in 1972, Urs returned to a 300-metre big-wall project on Yamnuska in the Canadian
Rockies. At the time it was called the Super Direct but was renamed CMC Wall after the first ascent, in honour of the Calgary Mountain Club. Over the
next ten years Urs climbed many new routes in western Canada, and in 1979, he put together a mock-up book of his favourite routes and mountains. It
was his Canadian version of Im Extremen Fels. In 1981, South African climber Dave Cheesmond moved to Canada. Urs met Dave at a party and told
him of his book project.

Over the next few years, Dave and Urs established a number of difficult routes together and with other partners. By the mid-1980s, they had produced two
issues of a magazine, Polar Circus—the first publication to document hard climbs around Calgary and Vancouver — and it was well-received
by the climbing community. Dave and Urs knew it was time to finish their book. They planned to complete it after Dave returned from his trip to Yukon
in the summer of 1987.

Unfortunately, Dave and another experienced climber, Catherine Freer, died
climbing the Hummingbird Ridge of Mount Logan. Their deaths were one of the biggest tragedies in the climbing community. Consequently, Urs quit climbing
for a few years and abandoned the book project. His return to climbing in the mid-1990s reignited his interest in the book, but, having noticed several
other books that were similar to his idea, he wondered whether or not to proceed and struggled with it for years. Before Dave died in the summer of
1987, he and Urs had decided the name of the book would be The Bold and Cold.

This book is a collection of 25 routes, each with its own stories. Some routes have a number of stories, others very few. No one has climbed them all,
and that is what keeps Urs dreaming, that one day someone will climb them all. On Urs’s desk in his climbing library is a list of climbers and which
of the 25 routes they have climbed. When the 25 routes were selected, they were intended to be a collection of training climbs. Climbing the first
was training for the second and the second for the third and so on. Two decades later, the list has stood the test of time. 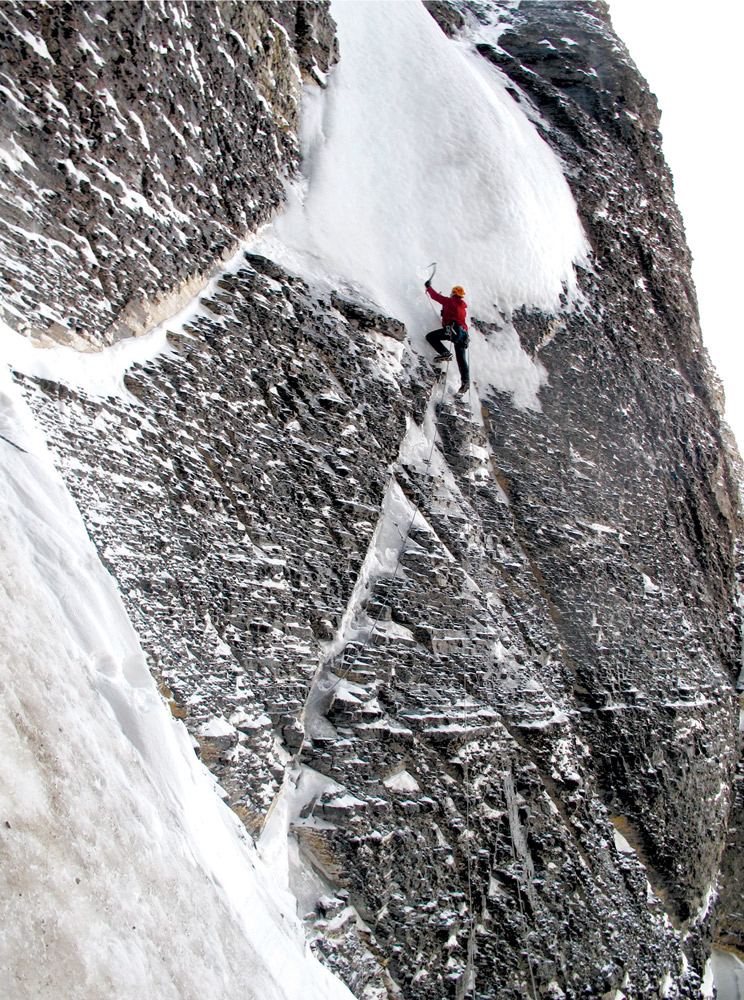 In the 1980s, sport climbing was new, and technical face climbing
was still evolving. Dave was one of the strongest technical climbers in the Rockies, pre-sport climbing. After 30 years of developments in climbing,
climbers are much stronger. Some of the strongest climbers in the world are younger than 20. Despite there being thousands more climbers, and thousands
more routes than there were when Dave and Urs chose their routes, the 25 climbs in this book are still considered difficult test pieces. It is a testament
to the style within which Urs believed everyone should climb, the style that Dave perfected.

Now in his 70s, Urs spends his evenings training at the climbing gym and weekends climbing on Yamnuska. He enjoys sport climbing with a group of friends
and going for a beer after. He still dreams about one day climbing some of the routes on the bold and cold list that he never got around to. He said
once the book is finished, I can go, too. I told him I would be happy to join him. Likewise, I will be climbing through my own remaining climbs on
the list; learning as I go and trying not to die.

Brandon Pullan graduated from Ontario’s Lakehead University and moved to Canmore, Alberta, shortly after finishing his studies. He started writing for
publications in the late ’90s and is now editor-in-chief of Gripped, Canada’s climbing magazine.
He has over 100 published articles in print, and countless contributions can also be found online. His alpine pursuits have introduced him to dozens
of legendary climbers and mentors, motivating him to compile and archive collections of stories from this older generation of mountaineering greats.

The Bold and Cold ($45.00) is published by Rocky Mountain Books. Available March 29, 2016 from online retailers, your local bookstore, or direct
from the publisher at rmbooks.com. Pre-order today on amazon.com.